A LOOK BACK
Surbiton Trophy (Surbiton, U.K.): The three-week ATP Challenger Tour grass-court swing commenced in the London suburb of Surbiton, with home hope Daniel Evans taking the title on Sunday. Evans, who celebrated his 29th birthday two weeks ago, lifted the seventh Challenger trophy of his career and first on grass.

After fighting for a three-set win over Marius Copil in Saturday's semi-finals, it was smooth sailing against Viktor Troicki in the championship. Evans clinched a convincing 6-2, 6-3 victory in just 65 minutes, securing his return to the Top 70 of the ATP Rankings for the first time since August 2017. It has been a career-year for the Brit, who also reached his second ATP Tour final on the hard courts of Delray Beach in February.

“It’s a great start to the grass-court season,” said Evans. “Viktor seemed a bit flat and I got on top early. I could have been even more clinical in the second set. It was a tough week of matches and I am just grateful to get those in and come through with no injuries. I lost to Jeremy Chardy here last year and Dustin Brown before that, so this was good. The quality and competition is always high at this tournament.”

The Birmingham native is the first British player to win a Challenger title on home soil since Evans claimed his maiden title in Jersey in 2009. He is also the first player from Great Britain to win a grass-court Challenger title since Alex Bogdanovic in Nottingham in 2005.

Moneta Czech Open (Prostejov, Czech Republic): If Pablo Andujar maintains this run of form, it won't be long until the Spaniard returns to the Top 50 of the ATP Rankings. Andujar rose to No. 82 with the title in Prostejov, dominating all week in the Czech city without dropping a set.

After stopping top seed Casper Ruud in Friday's semi-finals, the 33-year-old defeated Attila Balazs 6-2, 7-5 in Saturday's championship. In his return from multiple elbow surgeries in early 2018, Andujar has been a ruthless force on the ATP Challenger Tour. He is now 6-0 in finals in that span and 18-1 overall on the circuit this year.

"It's definitely one of the top Challengers, no doubt," Andujar said of Prostejov. "The level is the same as some ATP 250 tournaments. The organizers really understand, which always helps. And small details then make a great tournament." 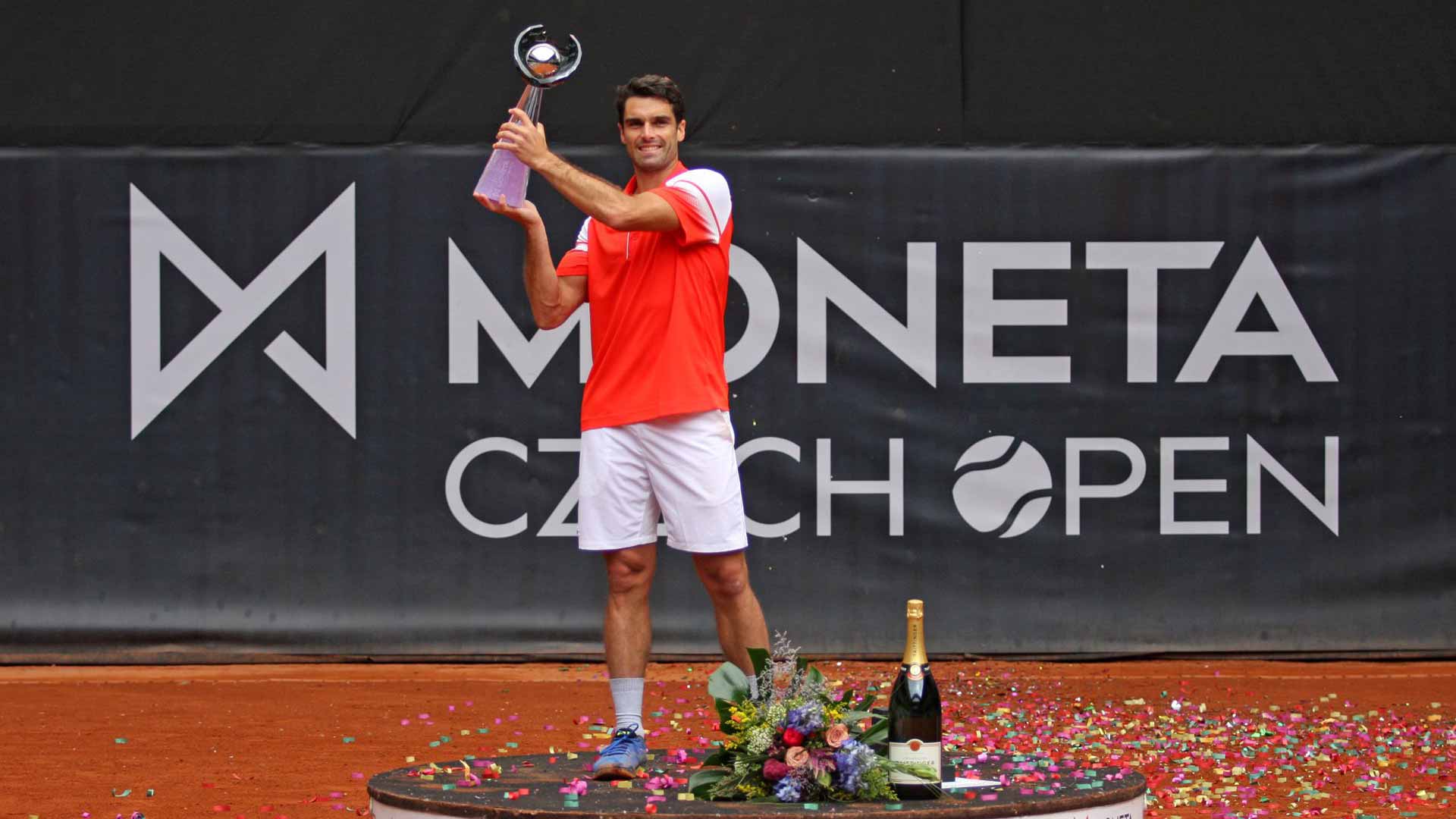 Poznan Open (Poznan, Poland): On a picture-perfect afternoon in Poznan, it was 37-year-old Tommy Robredo who became the oldest champion on the ATP Challenger Tour in 2019. Robredo secured a second title in as many years, battling for the trophy on the Polish clay. He rallied from a set down on two occasions, including a 5-7, 6-4, 6-1 comeback win over Rudolf Molleker on Sunday. The former World No. 5 contributed to the Spanish title trend over the weekend, with Andujar prevailing in Prostejov and Rafael Nadal capturing his 12th Roland Garros title.

Moreover, the Poznan Open entered a new era this year, celebrating 25 years on the Challenger circuit. Located in the western half of Poland, the city is the third-largest in the European nation. Last year, home hope Hubert Hurkacz secured his maiden title en route to an appearance at the Next Gen ATP Finals in Milan. 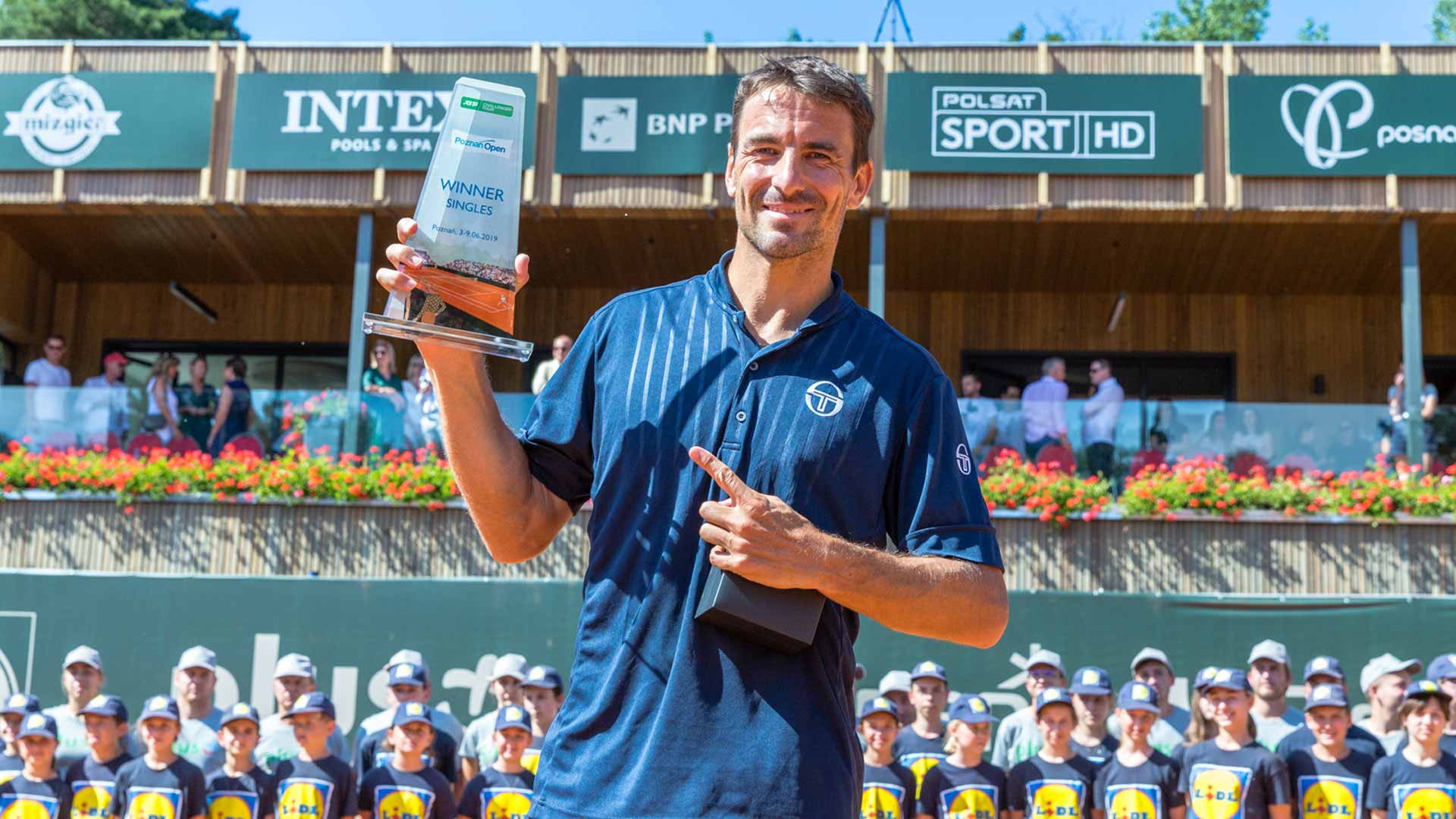 Almaty Challenger (Almaty, Kazakhstan): Welcome to the winners' circle, Lorenzo Giustino! At the age of 27 years and eight months, the Italian became the oldest first-time winner on the ATP Challenger Tour this year. He capped a breakthrough week with a 6-4, 6-4 win over Federico Coria in Sunday's final.

The clay of Almaty was Giustino's battleground all week, as the fifth seed fought for a trio of deciding-set wins and needed one hour and 28 minutes to dismiss Coria in the championship. He is the 20th first-time winner of the 2019 season and fifth different champion from Italy, joining Gianluca Mager, Jannik Sinner, Matteo Berrettini and Stefano Travaglia. 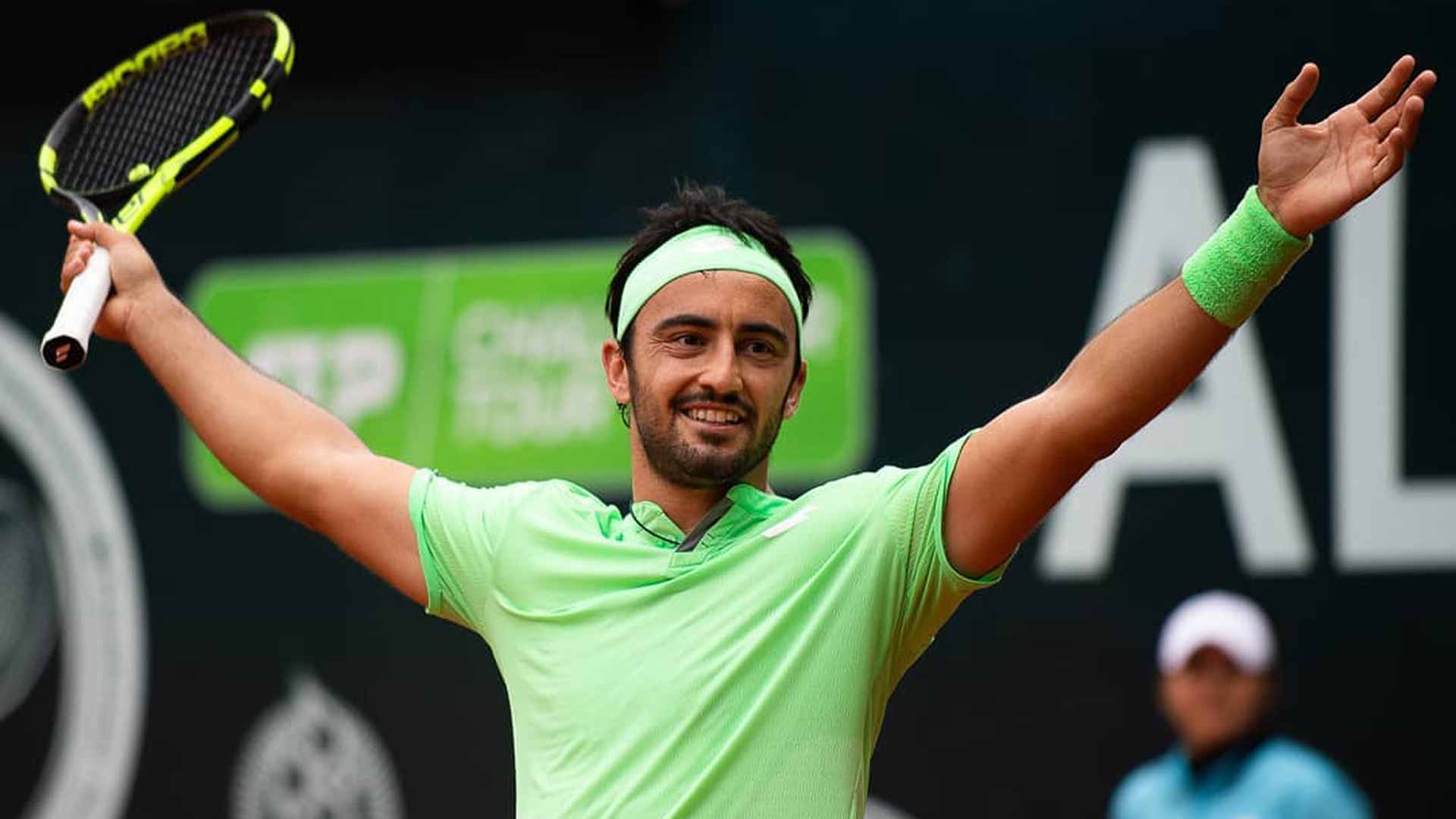 Baptist Health Little Rock Open (Little Rock, Arkansas, USA): Torrential rain was the story of the inaugural Little Rock Open, as storms plagued the tournament all week. But, in the end, it was Israeli veteran Dudi Sela who emerged victorious. The 34-year-old survived the weather and a tough field, dropping just one set all week. He defeated 12th seed Duckhee Lee 6-1, 4-3 in the final, when the #NextGenATP Korean was forced to retire due to a heat-related illness.

It was only fitting that the Israeli would lift the trophy in Little Rock. In Hebrew, Sela means 'rock' and standing at just 5'9", he is undoubtedly the 'Little Rock' of the professional circuit. Moreover, the player with the second-most Challenger titles in history has now added one more... No. 23 in total. He rises 45 spots to No. 164 in the ATP Rankings.

Dudi Sela is your champion at the inaugural @littlerockopen! The 🇮🇱 drops one set all week to earn his first 🏆 since 2017. pic.twitter.com/WVDYd6yWZx

A LOOK AHEAD
The highly prestigious Nature Valley Open returns to the lawns of Nottingham, with 2018 runner-up Daniel Evans the top seed. The Brit is looking to go back-to-back on the grass following his triumph in Surbiton on Sunday. He is joined by Bernard Tomic, Ivo Karlovic and Marcel Granollers, along with #NextGenATP Swede Mikael Ymer, who is seeded 15th.

At the Open Sopra Steria in Lyon, two-time defending champion Felix Auger-Aliassime is not back to seek a three-peat, but 2016 titlist Steve Darcis is. The Belgian accompanies top seed Albert Ramos-Vinolas, Prostejov champ Pablo Andujar and #NextGenATP Frenchman Corentin Moutet in leading the field.

In Shymkent, Kazakhstan, Malek Jaziri leads the pack and fourth seed Lorenzo Giustino looks to extend his good run of form after his maiden triumph in nearby Almaty on Sunday. And in Columbus, USA, Michael Mmoh continues his comeback from injury. He is the top seed at the outdoor hard-court event.