A LOOK BACK
Ilkley Trophy (Ilkley, UK): What was the key for Dominik Koepfer in claiming his first ATP Challenger Tour title and clinching a Wimbledon wild card? How about a dish of pasta carbonara at Piccolino's. Every night.

"Ilkley is a nice little town and I went to the same dinner spot every night. One of those superstitions."

The grass-court swing concluded in thrilling fashion on Sunday, with Koepfer clinching his maiden ATP Challenger Tour title in a deciding tie-break. The 25-year-old rallied past Dennis Novak 3-6, 6-3, 7-6(5) to reign on the lawns of Ilkley. He saved one match point at 4-5 30/40 in the third set, eventually prevailing after one hour and 49 minutes.

A steady diet of low backhand slices - and plenty of pasta carbonara - was the key to victory for Koepfer, who was competing in just his second Challenger final. Under the guidance of former pro Rhyne Williams, the German had been making steady progress in recent weeks and pushed eventual champion Daniel Evans to the brink of defeat in Nottingham. One week later, he would not be denied, reeling off 10 sets in a row to reach the final. The run included a pair of Top 100 wins over Yannick Maden and Ugo Humbert, before ousting an in-form Novak in the championship.

"For the first set and a half he was dictating and I was just defending too much," said Koepfer. "I couldn't find my rhythm. But later in the second I just found a way. The third set was a battle back and forth. Any point could have gone either way but to pull it out in the tie-break was lucky.

"Obviously I knew what was on the line. It's a title and a Wimbledon wild card. My first main draw at a Grand Slam. There were nerves in the first set for sure, but I started to play a little looser and found a way."

As is tradition for the Ilkley champion, a main draw wild card into Wimbledon was awarded to Koepfer. One year after falling to Norbert Gombos in five sets in the final round of qualifying, the former Tulane University standout will make his Grand Slam debut at the All England Club.

Internazionali di Tennis Emilia Romagna (Parma, Italy): What a day for the 37-year-old contingent! Earlier on Sunday, Roger Federer reigned in Halle and Feliciano Lopez prevailed at Queen's Club on the ATP Tour. Meanwhile, on the Challenger circuit, it was Tommy Robredo who turned back the clock with a heart-pounding victory over Federico Gaio in Parma.

Robredo claimed a thrilling final encounter over the home hope Gaio, taking his second title of the year 7-6(10), 5-7, 7-6(6) after three hours and 15 minutes. After saving six set points in the opener, he would later storm back from 0-3 down in the deciding set. It is the longest final of the 2019 season thus far.

The former World No. 5 is mounting a serious charge up the ATP Rankings in his quest to return to the Top 100. His victory in Parma boosts his position by 42 spots, rising to No. 174.

Robredo, who also prevailed in Poznan, Poland, just two weeks ago, is the oldest player to win multiple titles in a single season. He has now lifted 19 trophies in total in his illustrious career, with 12 coming on the ATP Tour and an additional seven on the ATP Challenger Tour. 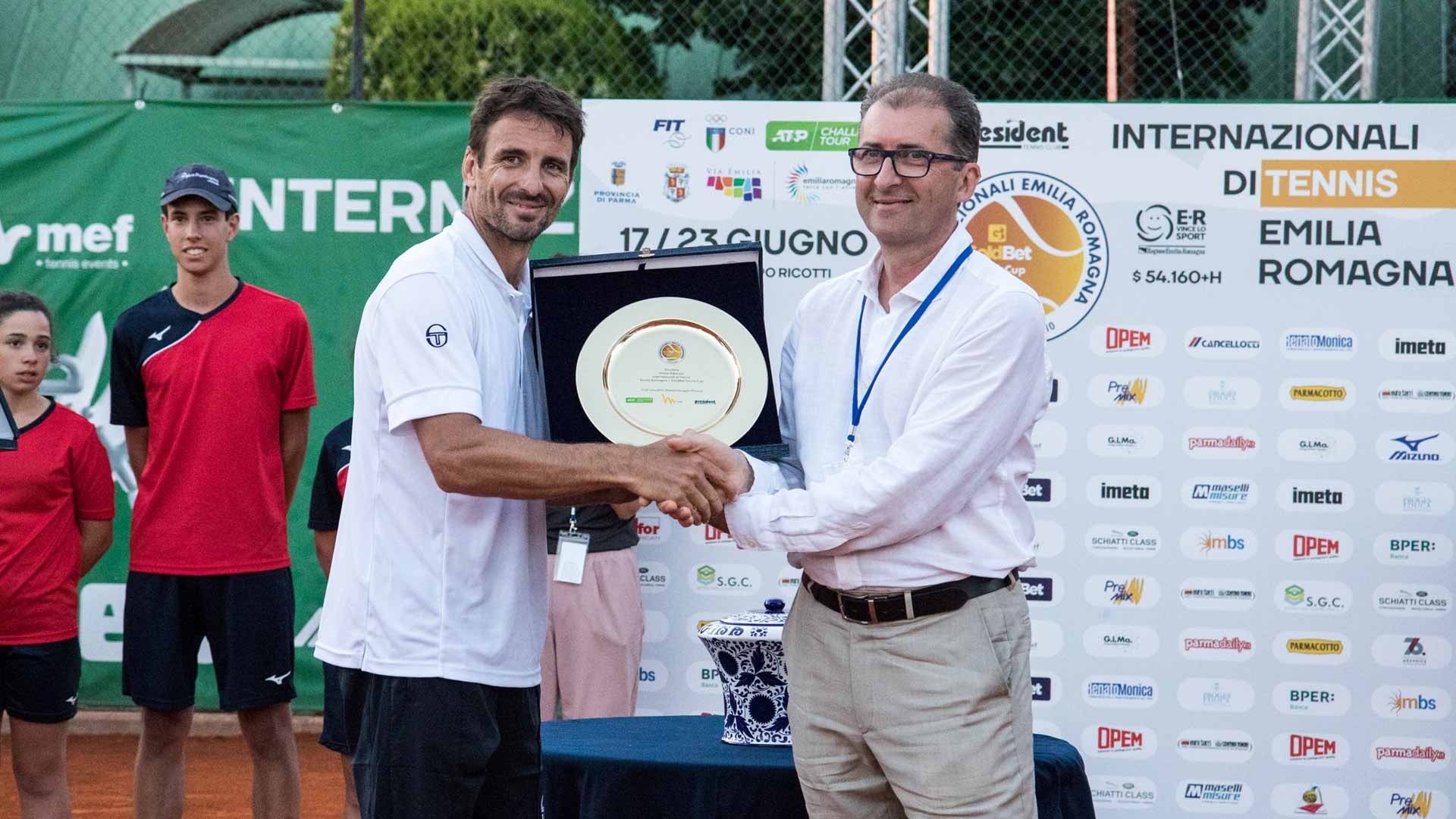 Bratislava Open (Bratislava, Slovakia): Three years ago, Norbert Gombos prevailed on home soil in Bratislava at the indoor hard-court Challenger. Now, he has an outdoor clay-court trophy to add to his collection. Gombos triumphed at the inaugural Bratislava Open on Sunday, defeating Attila Balazs 6-3, 3-6, 6-2.

The only city to host a Challenger on multiple surfaces, Bratislava made its debut on clay to rave reviews. Packed crowds featured at the TK Slovan, with former Top 20 stars Miloslav Mecir and Dominik Hrbaty lending a helping hand throughout the week. 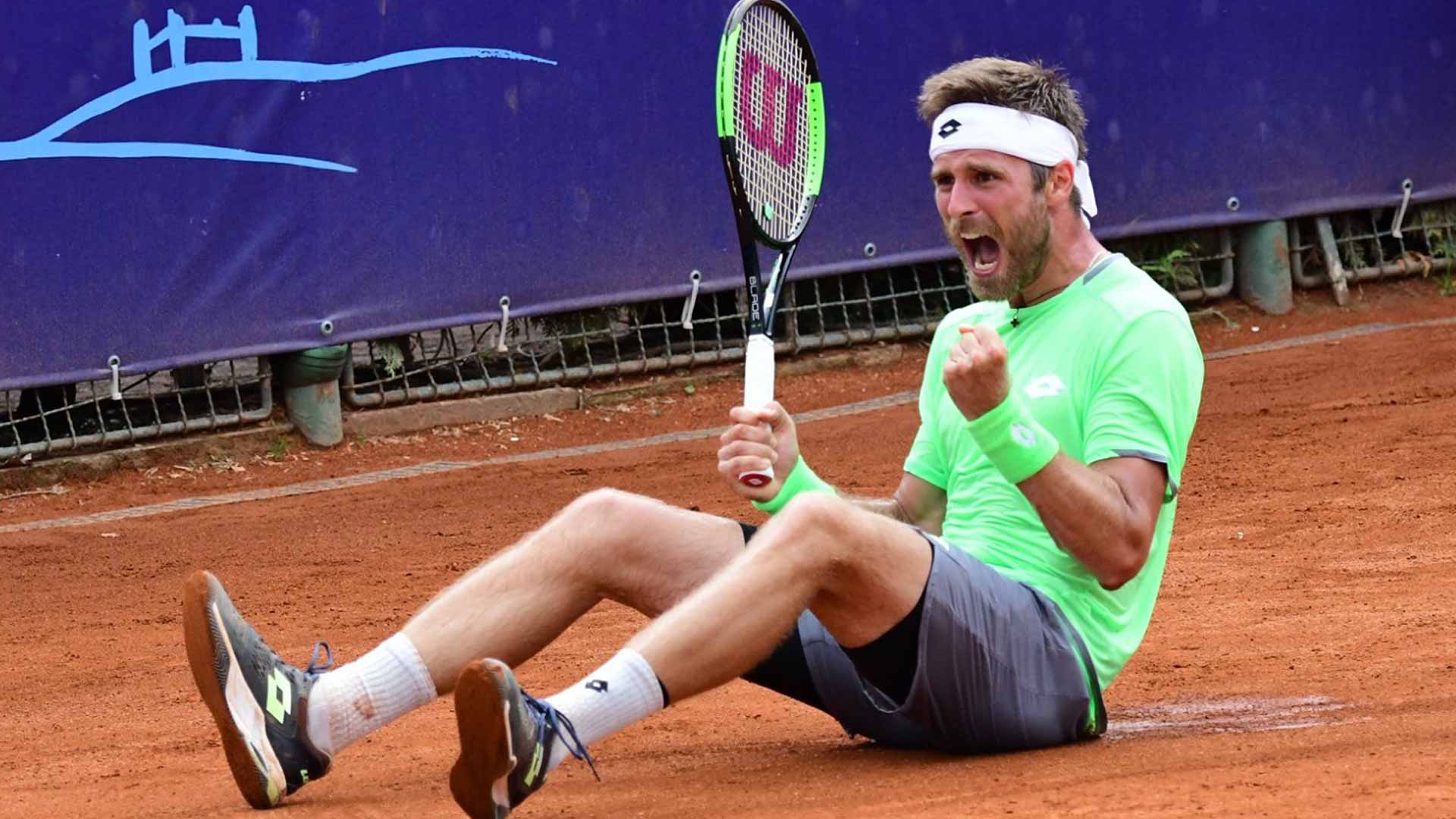 Internationaux de Tennis de Blois (Blois, France): Top seed Pedro Sousa rallied past Kimmer Coppejans 4-6, 6-3, 7-6(4) to claim his sixth ATP Challenger Tour title in Blois. The Portuguese did not drop a set en route to the final and he would be made to work on Sunday, rallying from a break down in the decider.

Coppejans, meanwhile, was appearing in his first final of the season after saving a combined six match points in the quarter-finals and semi-finals. He rallied from a set and a break down in both matches.

Fergana Challenger (Fergana, Uzbekistan): Learn all about Emil Ruusuvuori's maiden triumph, as the #NextGenATP Finn became the fifth-youngest winner of 2019...

You May Also Like: Ruusuvuori Rising: Finland's First #NextGenATP Champ

A LOOK AHEAD
With the majority of today's Challenger stars competing in Wimbledon qualifying, the lone tournament of the week is held in Milan. Hugo Dellien is the top seed, with Giulio Zeppieri and Lorenzo Musetti leading the Italian #NextGenATP charge. Zeppieri, aged 17, is coming off a semi-final appearance in Parma.