A LOOK BACK
Play In Challenger Lille (Lille, France): It has been home cooking for Gregoire Barrere in the two editions of the ATP Challenger Tour event in Lille. The Frenchman once again took advantage of the home support at the Tennis Club Lillois Lille Metropole, successfully defending his title on Sunday.

Barrere overcame Yannick Maden to secure the trophy, prevailing 6-2, 4-6, 6-4 in one hour and 46 minutes. Last year, the 25-year-old took the title in the tournament's inaugural edition. And on Sunday he secured his third Challenger crown, completing an impressive week on home soil. At No. 120 in the ATP Rankings, he continues his push towards a Top 100 debut.

In 2018, only two players retained Challenger crowns. We have already arrived at that total this year, with Barrere joining Newport Beach champion Taylor Fritz with successful title defenses.

Maden, meanwhile, remains in search of his maiden title. On the cusp of a Top 100 breakthrough of his own, the 108th-ranked Stuttgart native is also closing in on his first trophy. He was appearing in his sixth final. 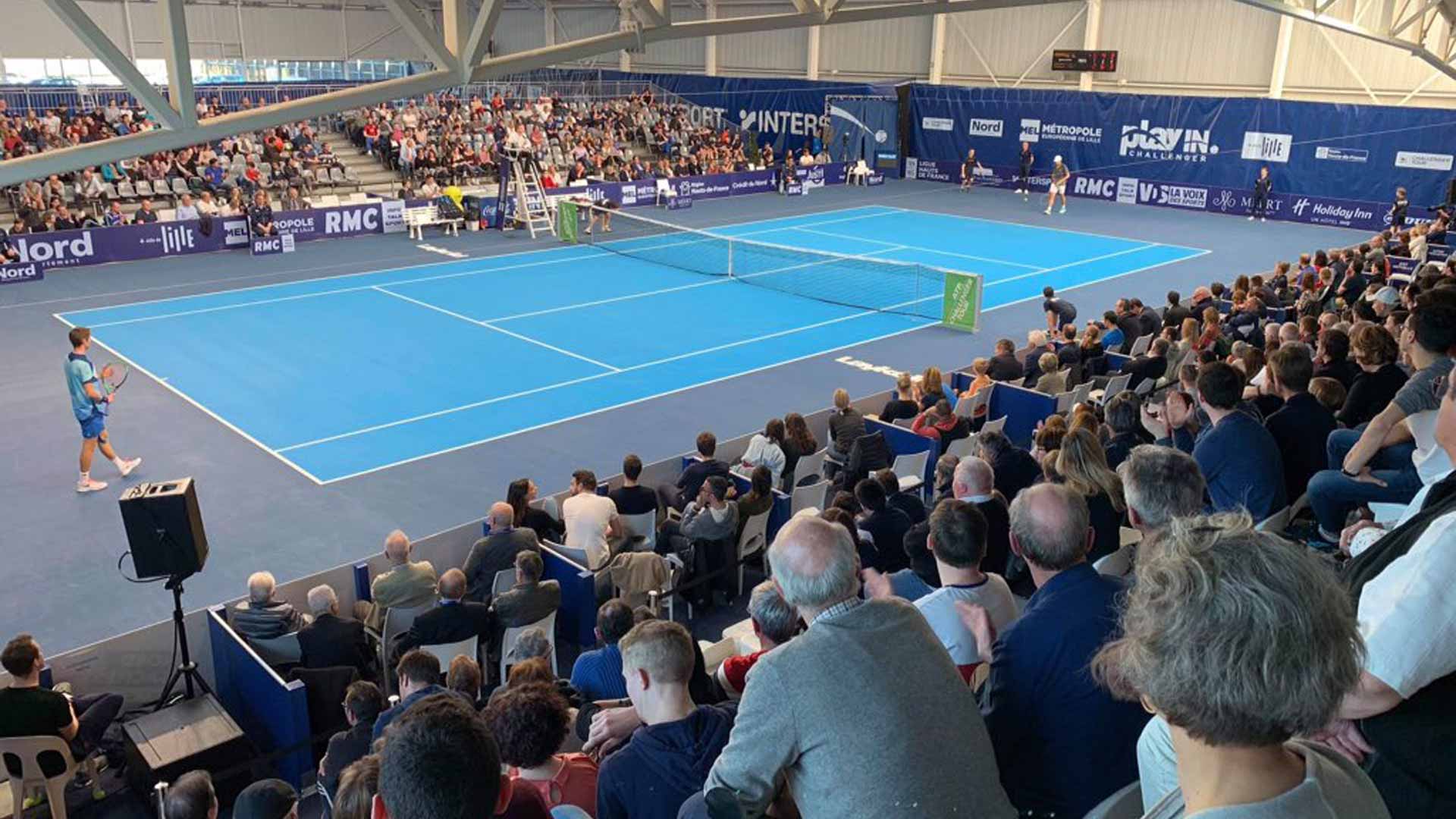 Zhangjiagang International Challenger (Zhangjiagang, China): Marc Polmans entered the three-week Chinese swing on a 4-11 run, having failed to string together multiple wins since October. But the Aussie has flipped the script in a flash, following a quarter-final run in Shenzhen with a title in Zhangjiagang.

Polmans fended off Lorenzo Giustino 6-4, 4-6, 7-6(4) in three hours and 12 minutes to claim his second ATP Challenger Tour title. It is the longest final thus far in 2019. After dropping the second set, the 21-year-old saved three break points midway through the decider and rallied from a 2/4 deficit in the ensuing tie-break. He would reel off the final five points, including a sublime backhand winner and a perfect volley on match point.

Polmans notched his second Challenger title and first since February 2018, when he triumphed on home soil in Launceston.

Your champion in Zhangjiagang... @marcpolmans!!

What a way to finish... Back-to-back winners clinches a second #ATPChallenger title for the 🇦🇺 pic.twitter.com/Puv9m5iSlV

A LOOK AHEAD
Two European tournaments highlight the final week of March, with an indoor hard court event in Saint-Brieuc, France, and a clay-court stop in Marbella, Spain. It is the first of seven straight weeks with clay-court Challengers in Europe, leading to Roland Garros qualifying.

Top seed Ricardas Berankis is the reigning champion in Saint-Brieuc and is joined by Lille finalists Maden and Barrere as the second and third seeds. It will be the 16th edition of the tournament.

Meanwhile, the second edition of the Casino Admiral Trophy is held in scenic Marbella, on the southern coast of Spain. Benoit Paire heads the field, with Pablo Andujar and Guillermo Garcia-Lopez leading the Spanish charge. #NextGenATP stars Rudolf Molleker and Alejandro Davidovich Fokina are seeded.