A LOOK BACK
Rafa Nadal Open by Sotheby's (Mallorca, Spain): In June, Emil Ruusuvuori announced his arrival with his maiden ATP Challenger Tour title in Fergana. Less than three months later, the 20-year-old put the rest of the circuit on notice with a second crown on the hard courts of Mallorca.

Ruusuvuori registered a 6-0, 6-1 rout of Matteo Viola in Sunday's final, dismissing the Italian veteran in just 50 minutes. It is the shortest Challenger final thus far in 2019.

The Finn's dominance extends well beyond the championship match. He did not drop a set all week, also earning comprehensive victories over fourth seed Yannick Maden and Spanish hopes Pedro Martinez and Alejandro Davidovich Fokina.

"Today I just played some really good tennis," said Ruusuvuori. "Everything just worked. The atmosphere here was great all week."

Finland has found its new standard bearer in Ruusuvuori. It has been four years since the country's greatest singles star, former World No. 13 Jarkko Nieminen, retired. Now, his 20-year-old countryman is looking to fly the flag. With Norway's Casper Ruud and Sweden's Mikael Ymer already on the Nordic #NextGenATP scene, it's time for Finland to break through.

Ruusuvuori is projected to rise to a career-high inside the Top 200 when the new ATP Rankings are released in one week. 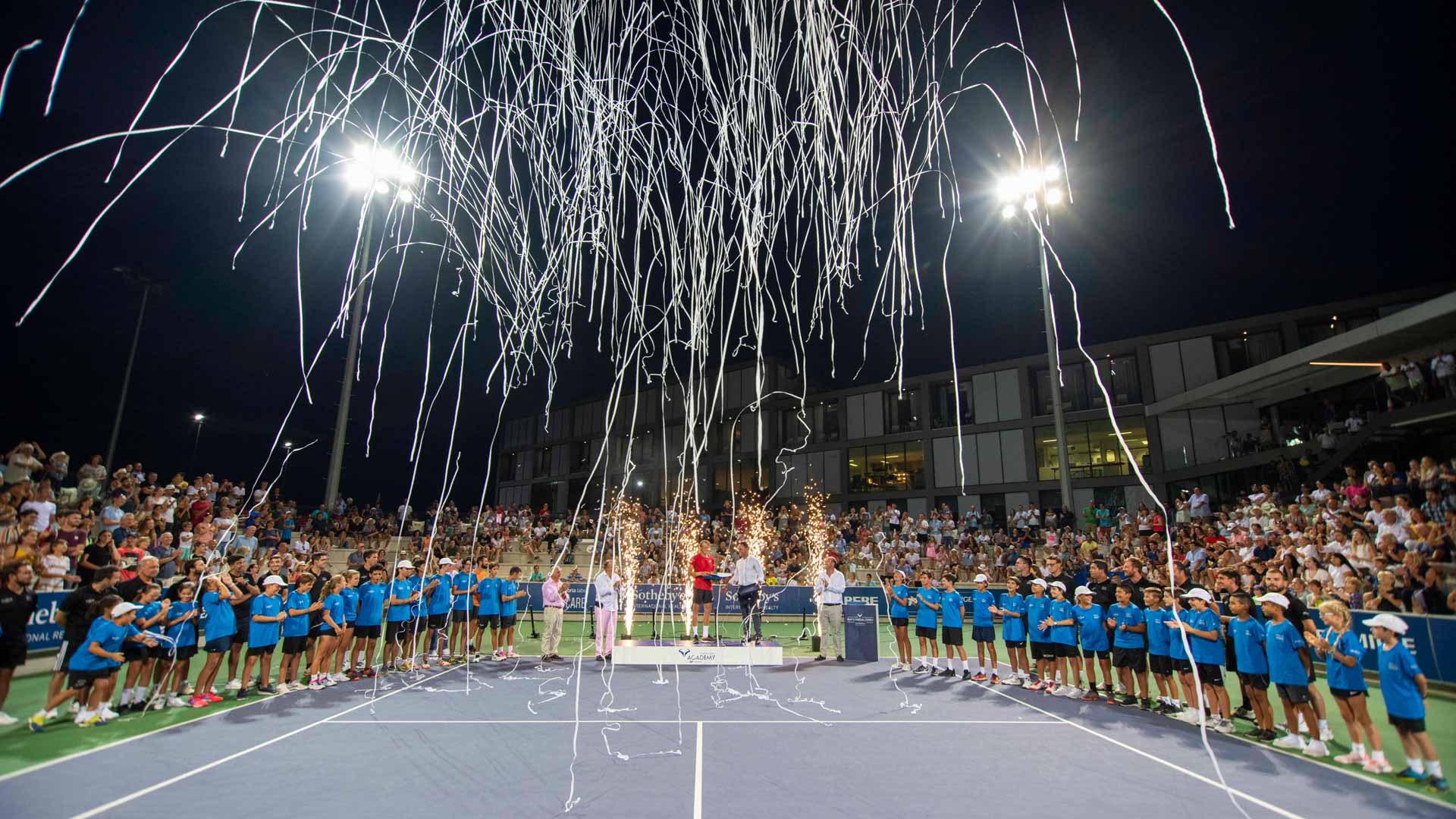 The week was also notable for Andy Murray's first Challenger appearance since 2005. The former World No. 1 fell in the third round as he continues his comeback from hip surgery. He earned a strong win over Norbert Gombos before falling to Viola on Thursday.

You May Also Like: Murray Earns Biggest Win Of Comeback In Mallorca

Citta di Como (Como, Italy): The ATP Challenger Tour had its 26th first-time winner and second straight from Argentina, as Facundo Mena captured his maiden title in Como. Last week, it was Andrea Collarini emerging victorious and this week his countryman triumphed for the first time.

On Sunday, Mena overcame Andrej Martin 2-6, 6-4, 6-1 on the clay of Como, upsetting the sixth seed in thrilling fashion. It marked the third time he stormed back from a set down during the week. The Buenos Aires native, who turns 27 later this month, was competing in his first Challenger final. 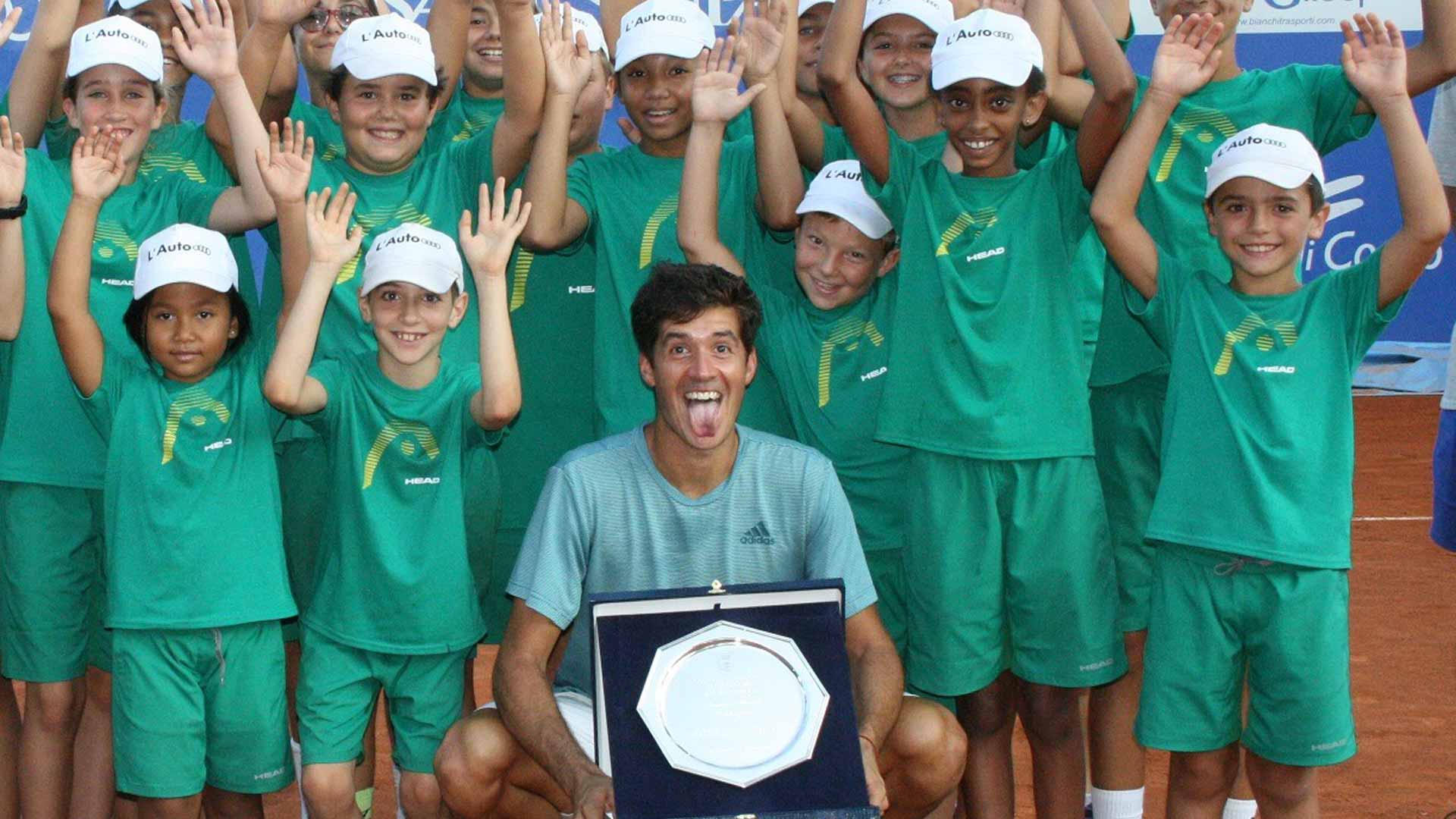 International Challenger Baotou (Baotou, China): Top seed James Duckworth was on the brink of exiting the inaugural event in Baotou on Thursday. But, staring down a match point against Tsung-hua Yang, he would survive the third-round encounter. Duckworth carried the momentum all the way to the title, not dropping a set from there to the finish line.

On Sunday, the Aussie defeated Sasi Kumar Mukund 6-4, 6-3 in just 63 minutes to claim his eighth Challenger trophy and second of the season. Also the champion on the hard courts of Bangkok in February, Duckworth is plotting his return to the Top 100. The World No. 132 continues to be one of Australia's most consistent performers, improving to 31-13 on the season.

🙌🙌 James Duckworth is the champ in Baotou!

After saving a match point in the second round, @JamesDuck21 did not drop a set in taking the title. pic.twitter.com/oC6QQSPDqo

A LOOK AHEAD
The manic month of September begins with fourt tournaments on three continents. The Oracle Challenger Series New Haven debuts, with Andreas Seppi the top seed and Bradley Klahn leading the home charge.

In Jinan, China, Prajnesh Gunneswaran is the top seed, with Soonwoo Kwon and Duckworth also appearing at the hard-court event. And in Cassis, France, it will be Ruusuvuori looking to go back-to-back alongside top seed and former World No. 5 Jo-Wilfried Tsonga.

And in Genova, Italy, there are seven players inside the Top 100 of the ATP Rankings, with World No. 49 Lorenzo Sonego, No. 51 Albert Ramos-Vinolas and No. 66 Marco Cecchinato leading the pack. Philipp Kohlschreiber is appearing in his first Challenger since 2014.