Vasek Pospisil claims his first title of the year in Las Vegas.

A LOOK BACK
Las Vegas Tennis Open (Las Vegas, Nevada, USA): In January, Vasek Pospisil was laying on an operating table. The Canadian had undergone back surgery to repair a herniated disc and would miss the next five months, before returning at Wimbledon.

On Sunday, Pospisil found his way back to the winners' circle. The 29-year-old claimed his eighth ATP Challenger Tour title and first in nearly two years, prevailing on the hard courts of Las Vegas. He defeated Aussie James Duckworth 7-5, 6-7(11), 6-3 in two hours and 26 minutes.

"He's a great competitor and it was just a really good match," said Pospisil. "It had some ups and downs and drama, which is expected in a final. I'm just happy I got through it. I wasn't serving as well as I would have liked to. The difference was that I started to be a little more aggressive. It was a very competitive match. From my end, it was about doing well on second serve returns and applying a bit of pressure."

Duckworth did well to deny five match points in the second set tie-break, but it was Pospisil who eventually converted his sixth. He completed an impressive week that saw him not drop a set en route to the final, also defeating Michael Mmoh, Peter Polansky, Mitchell Krueger, Taro Daniel and a red-hot Christopher O'Connell.

It has been an impressive comeback campaign for the Canadian, who is just 10 days removed from a Round of 16 appearance at the Rolex Shanghai Masters as a qualifier. There, he earned his second Top 20 win in recent weeks, upsetting Diego Schwartzman after toppling Karen Khachanov at the US Open.

"I still I have a lot of work to do. Tennis is all about ups and downs like anything else in life. For the moment I'm enjoying the wave I'm on and we'll see where it takes me." 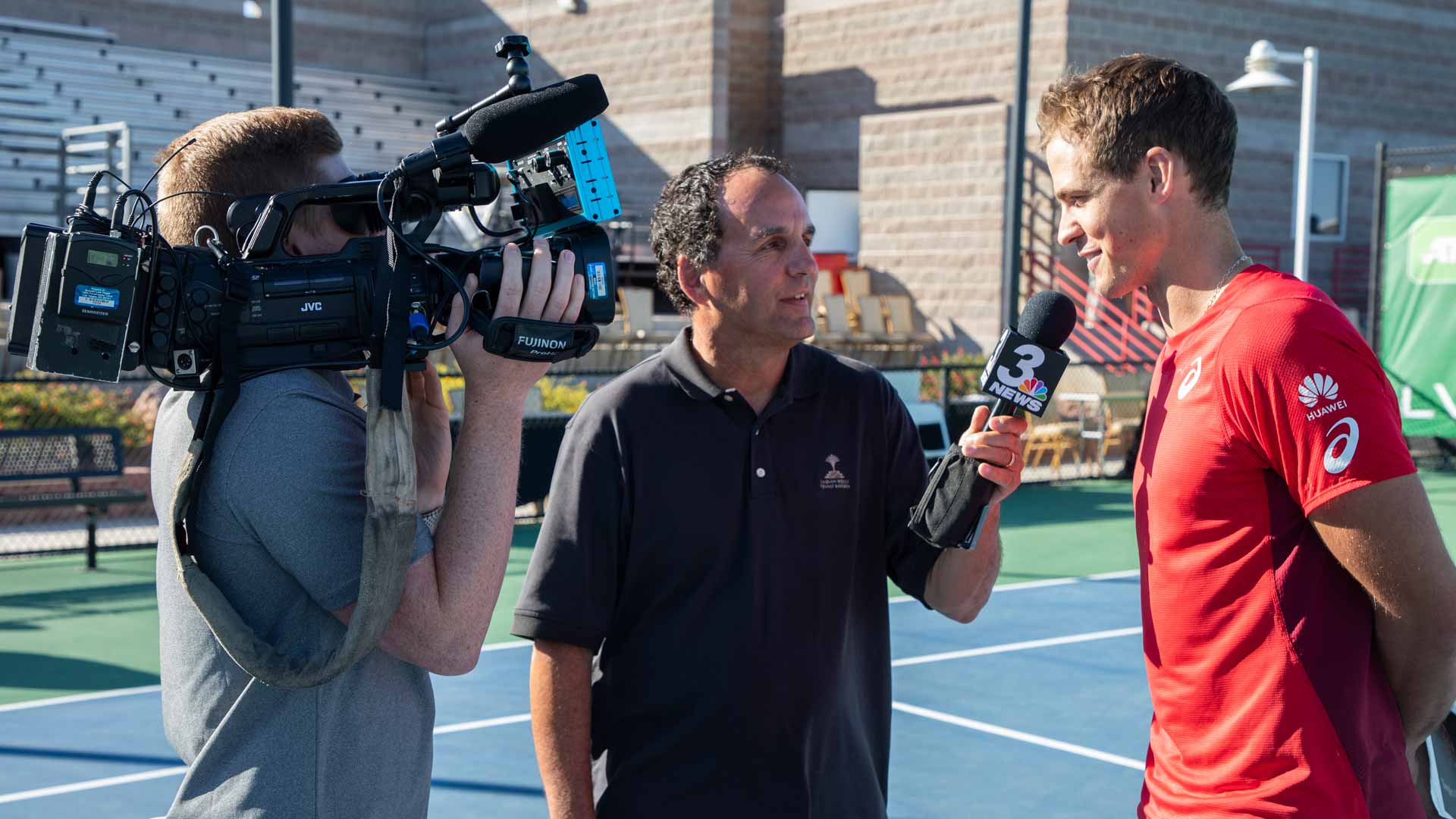 International Men's Challenger (Ningbo, China): Yasutaka Uchiyama is saving his best tennis for the final months of the season. The Japanese No. 3 turned in a masterclass on Sunday in Ningbo, needing 71 minutes to dismiss Steven Diez 6-1, 6-3 for the championship. Uchiyama dropped one set all week to secure his fifth Challenger title.

"It was tough, especially at the beginning of the match," said Uchiyama. "I wasn't serving well, but after 3-1 in the first set I started to get my rhythm. And at the end of the match, it wasn't easy to close it out but I'm happy to win in two sets."

At the age of 27, the victory moves Uchiyama into the Top 100 of the ATP Rankings for the first time. He is in the midst of a dominant run of form in recent weeks, also lifting the Challenger trophy in nearby Shanghai and streaking to the quarter-finals at his hometown ATP Tour event in Tokyo. It will all culminate in a career-high position of No. 87 on Monday. 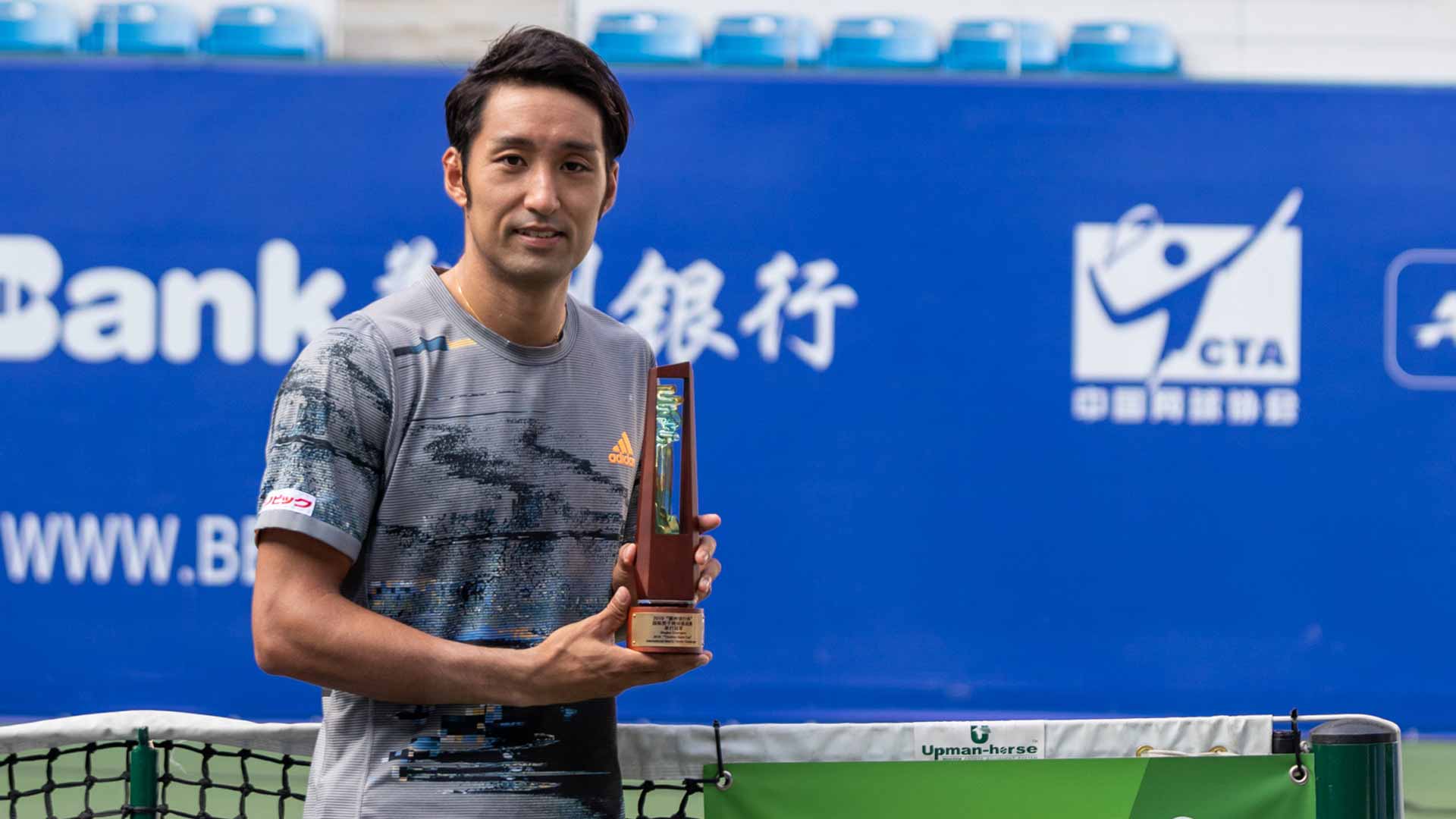 Wolffkran Open (Ismaning, Germany): On the lightning-fast carpet courts of Ismaning, it was Lukas Lacko who sprinted into the winners' circle on Sunday. The Slovakian defeated Maxime Cressy 6-3, 6-0 in just 50 minutes to lift the trophy.

Lacko, who saved three match points in Saturday's semi-final victory over Julian Lenz, proceeded to lift his 13th Challenger trophy and first of the year. The former World No. 44 is pushing towards a Top 100 return at the age of 31. He rises to No. 192 in the ATP Rankings with the triumph.

A LOOK AHEAD
It's the final week of the ATP Race To Milan and Ugo Humbert is on the brink of qualifying for the Next Gen ATP Finals. Sitting in eighth position, he enters Brest, France as the top seed. Roberto Carballes Baena, Thomas Fabbiano and Corentin Moutet are also competing at the Challenger 100 event.

Hamburg debuts with Salvatore Caruso and Elias Ymer leading the indoor hard court event. And the Chinese swing moves to Liuzhou, where Prajnesh Gunneswaran and Alejandro Davidovich Fokina are the top seeds.

Meanwhile, in Lima, Peru, native son Juan Pablo Varillas returns home to a hero's welcome after securing his country's first Challenger title in 11 years. The Lima Challenger is the first of three clay-court tournaments in South America, to be followed by Guayaquil, Ecuador and Montevideo, Uruguay.