A LOOK BACK
Odlum Brown VanOpen (Vancouver, Canada): The hottest player on the ATP Challenger Tour added another piece of silverware to his trophy case. Ricardas Berankis claimed the title at the award-winning VanOpen, his Challenger leading fourth trophy on the circuit this year.

This week, Vancouver celebrated back-to-back Tournament of the Year awards, receiving its trophy in front of a packed crowd on Tuesday evening at Hollyburn Country Club. And on Sunday, they crowned their 14th champion. Berankis defeated Jason Jung 6-3, 5-7, 6-4 to earn a hard-fought championship in the Canadian city.

On Wednesday, the Lithuanian trailed qualifier Michail Pervolarakis 4-1 in the third set and on Friday he was forced to rally from a set down once again, ousting Thanasi Kokkinakis. The top seed would eventually claim his 13th Challenger title, rising to No. 70 in the ATP Rankings.

You May Also Like: Vancouver Receives 2018 'Challenger Of The Year' Award

"This match wasn't as controlled as some of my previous matches. In the semis and the second round, I felt like from the first point I was in control. Today in the first set, it was control, but in the second one it was so-so which I lost 5-7,” said Berankis. “I needed to leave everything that I had on the court to win the match. It was a really tough match. Jason played really well."

Berankis is on fire this year, boasting a 4-0 record in Challenger finals and a 24-3 (.889) mark overall - the second-best win percentage on tour. He also owns titles on the indoor hard courts of Rennes, France and Drummondville, Canada, as well as the outdoor hard courts of Busan, South Korea.

On Sunday, Bedene improved to an impressive 16-2 in Challenger finals with his victory on home soil in Portoroz. That's 16 wins in 18 championship matches, a staggering conversion rate that has seen him triumph in seven of the past eight seasons. 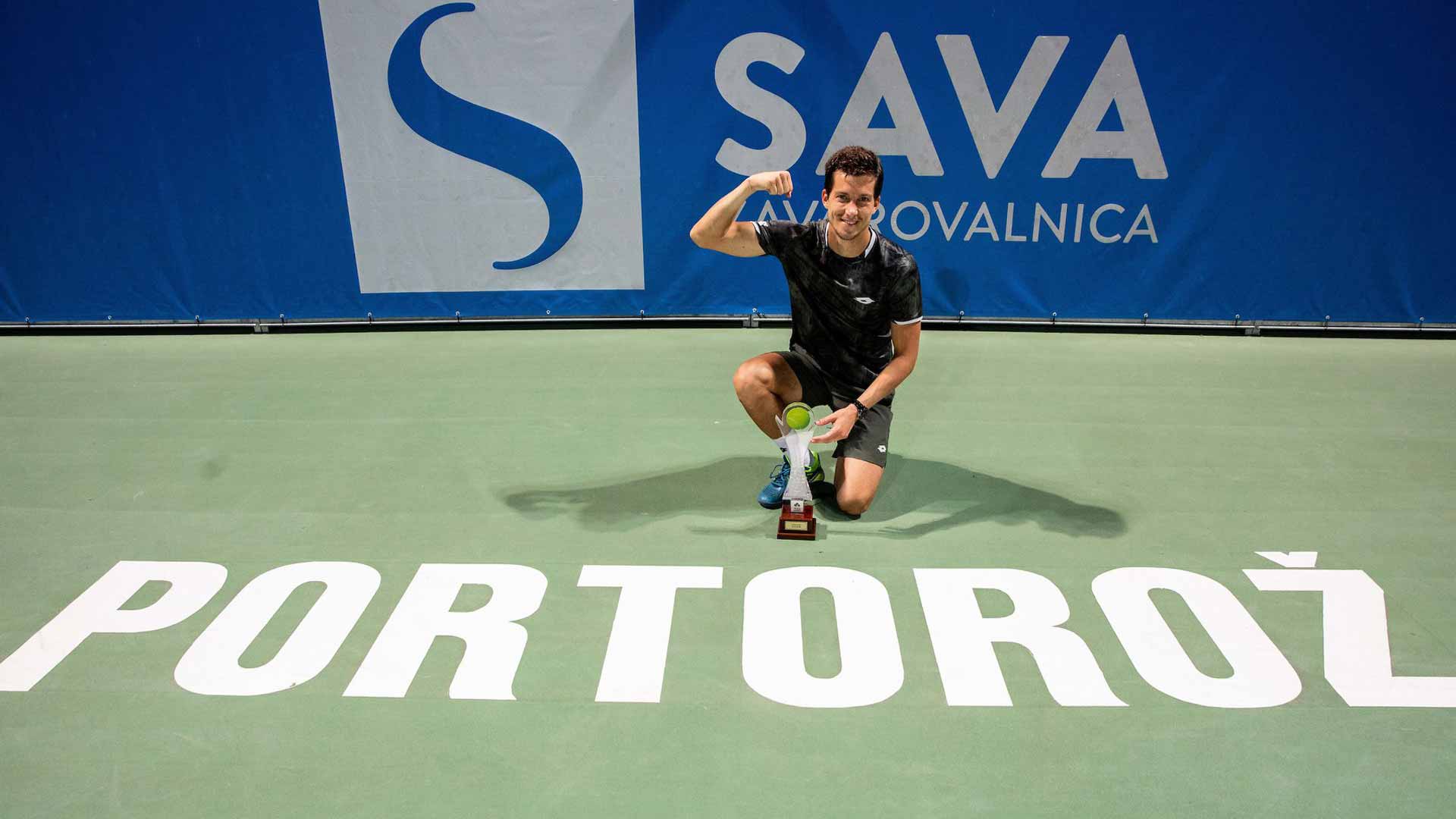 But, for all of Bedene's success, he had not won in front of the home fans. Until now. A 7-5, 6-3 win over Viktor Durasovic gave the Ljubljana native his first  title in Slovenia. He joins Grega Zemlja (2013) and Blaz Kavcic (2014) as the only Slovenians to triumph at the country's lone professional tournament.

Bedene rises 10 spots to No. 80 in the ATP Rankings, having also reached the semi-finals of the ATP 500 event in Rio de Janeiro in February and the quarter-finals in Umag a month ago.

“I'm really excited about winning in front of the home fans," said Bedene. "Thanks to all who came and encouraged me in the final. Thanks also to the President of Slovenia. I was a little nervous because Borut Pahor was among the viewers. I have a good record in Challengers, but there is still a long way to go." 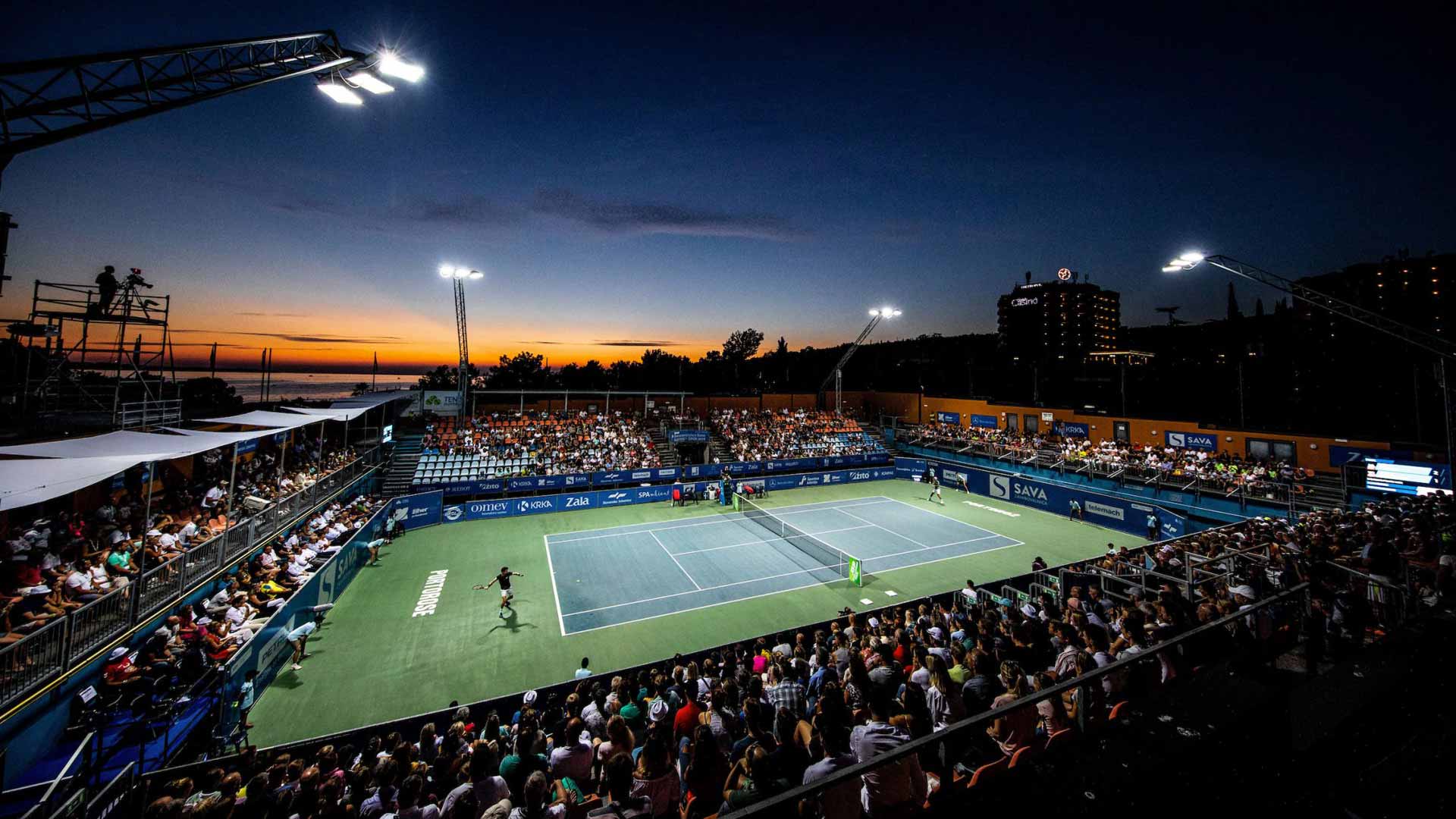 Acqua Dolomia Serena Wines Tennis Cup (Cordenons, Italy): On Sunday, the ATP Challenger Tour crowned its 24th first-time champion of the year, as Christopher O'Connell reigned on the clay of Cordenons. At the age of 25, the Aussie celebrated his maiden moment with a 7-5, 6-2 victory over Jeremy Jahn.

After dropping his opening set of the tournament 6-1 to Chun-hsin Tseng, he would reel off 12 of the next 13 frames, dominating on the Italian clay. O'Connell is finding his form in his comeback from an elbow injury that sidlined him for much of the 2018 season. He rises 93 spots in the ATP Rankings to No. 220, just one place off his career-high from February 2017.

That feeling when you win your first title! @chrisoconnelll is the champion in Cordenons, claiming his maiden 🏆.

Just the sixth #ATPChallenger appearance of the year for the 🇦🇺 after missing the majority of 2018 with a knee injury. pic.twitter.com/OV5iWAPhio

Tennis Open Stadtwerke Meerbusch (Meerbusch, Germany): Top seed Pedro Sousa was made to work for his second Challenger title of the year. The Portuguese fought off Pedja Krstin 7-6(4), 4-6, 6-3 in two hours and 19 minutes on Sunday, marking his third straight deciding-set victory of the week.

The 31-year-old Sousa, who cracked the Top 100 for the first time in February, is up to No. 125 following his second title in three months. In June, he lifted the trophy in Blois, France after qualifying for his second ATP 500 event of the year in Barcelona.

A LOOK AHEAD
With the majority of today's Challenger stars competing at US Open qualifying, there is one tournament on the calendar in L'Aquila, Italy. Andrej Martin is the top seed, with Alejandro Tabilo second and Dmitry Popko third.