Josh Meiseles
This article contains:
Revisit the week that was on the ATP Challenger Tour, as we applaud the achievements of those on the rise and look ahead to the week to come...

A LOOK BACK
Calgary National Bank Challenger (Calgary, Canada): No player has won more matches on the ATP Challenger Tour in 2020 than Arthur Rinderknech. On Sunday, the Frenchman improved to 16-4 with a victory on the indoor hard courts of Calgary, adding his second crown of the year.

Rinderknech rallied past Maxime Cressy 3-6, 7-6(5), 6-4, avenging a final defeat in Drummondville a week ago. It was in Drummondville that Cressy stormed back from a set down to lift the trophy and this time his French opponent would replicate the feat. Rinderknech converted just one of 11 break chances in the Calgary final, but it was the one that mattered most, as he put away a volley to move ahead 3-2 in the deciding set. He would not look back from there, collapsing to the court and raising his arms in triumph after two hours and seven minutes.

The former Texas A&M University standout has dominated the early stages of the 2020 season. He has reached three finals in six tournaments played, also lifting the trophy on home soil in Rennes. And last week in Drummondville, Rinderknech teamed up with countryman and close friend Manuel Guinard to capture his first career doubles title.

The 24-year-old is up to a career-high No. 160 in the FedEx ATP Rankings, having opened the year outside the Top 300. 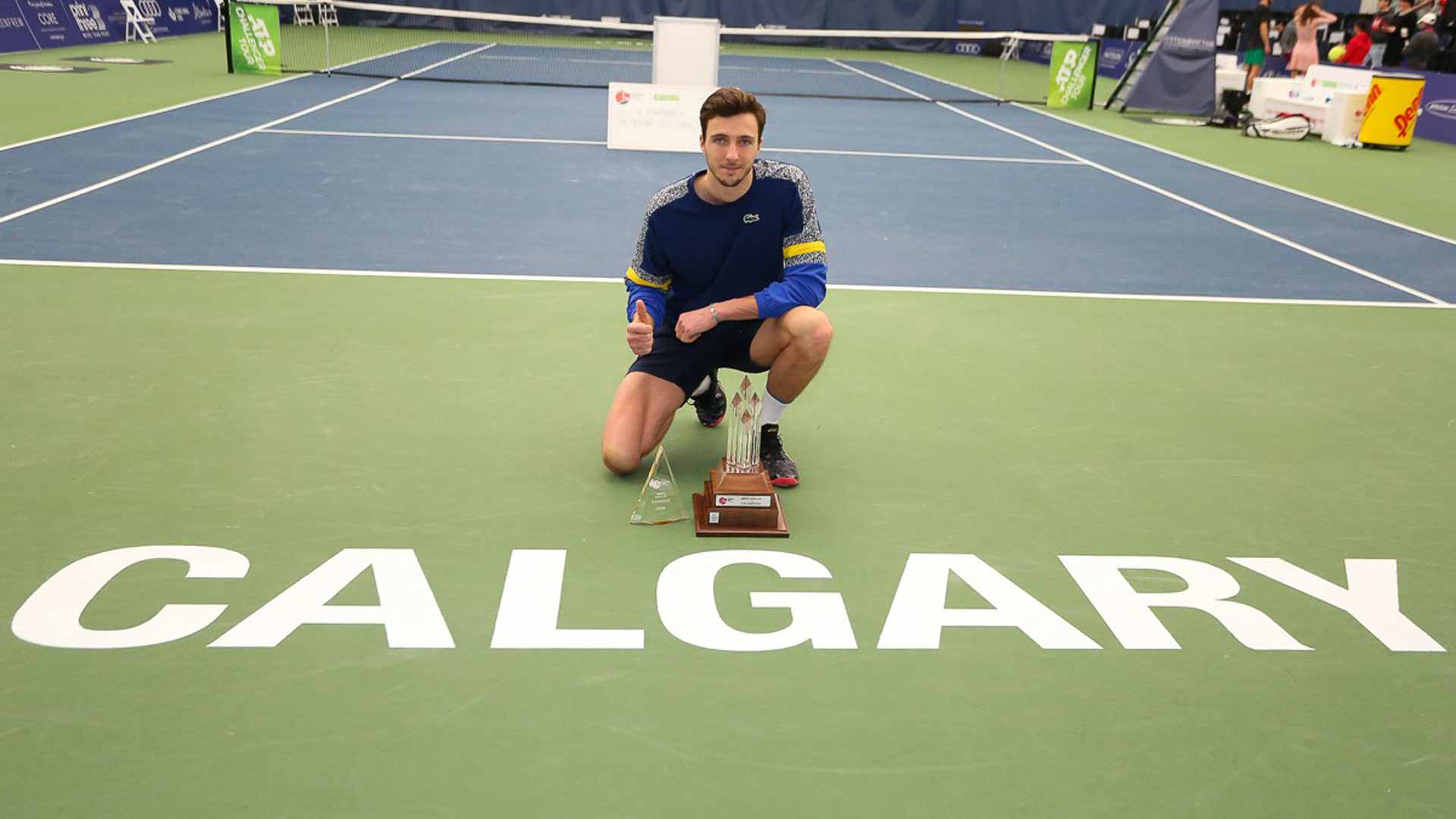 Wolf added his second crown of the year with a convincing 6-4, 6-2 win over Denis Istomin in Columbus. The sixth seed was made to work throughout the week, earning three deciding-set victories including two from a set down. But on Sunday, the Ohio native needed just 69 minutes to lift the trophy, saving the lone break point faced. Also the champion in Noumea to kick off the 2020 season, he improved to 14-2 on the year.

When J.J. Wolf is in Columbus, magic happens.

“I tried my hardest in every point,” said Wolf. “Stayed low, served well and tried to compete for every point. I think consistency and keeping a high level were essential for me this week. I played so many great players – there weren’t any easy matches. So, really staying on my game and staying focused is what pulled me through.”

It was Wolf's fourth ATP Challenger Tour title overall and second in Columbus, having captured his maiden crown on his home college campus nearly one year ago. The former Ohio State University star ascends 19 spots to a career-high No. 144 in the FedEx ATP Rankings. 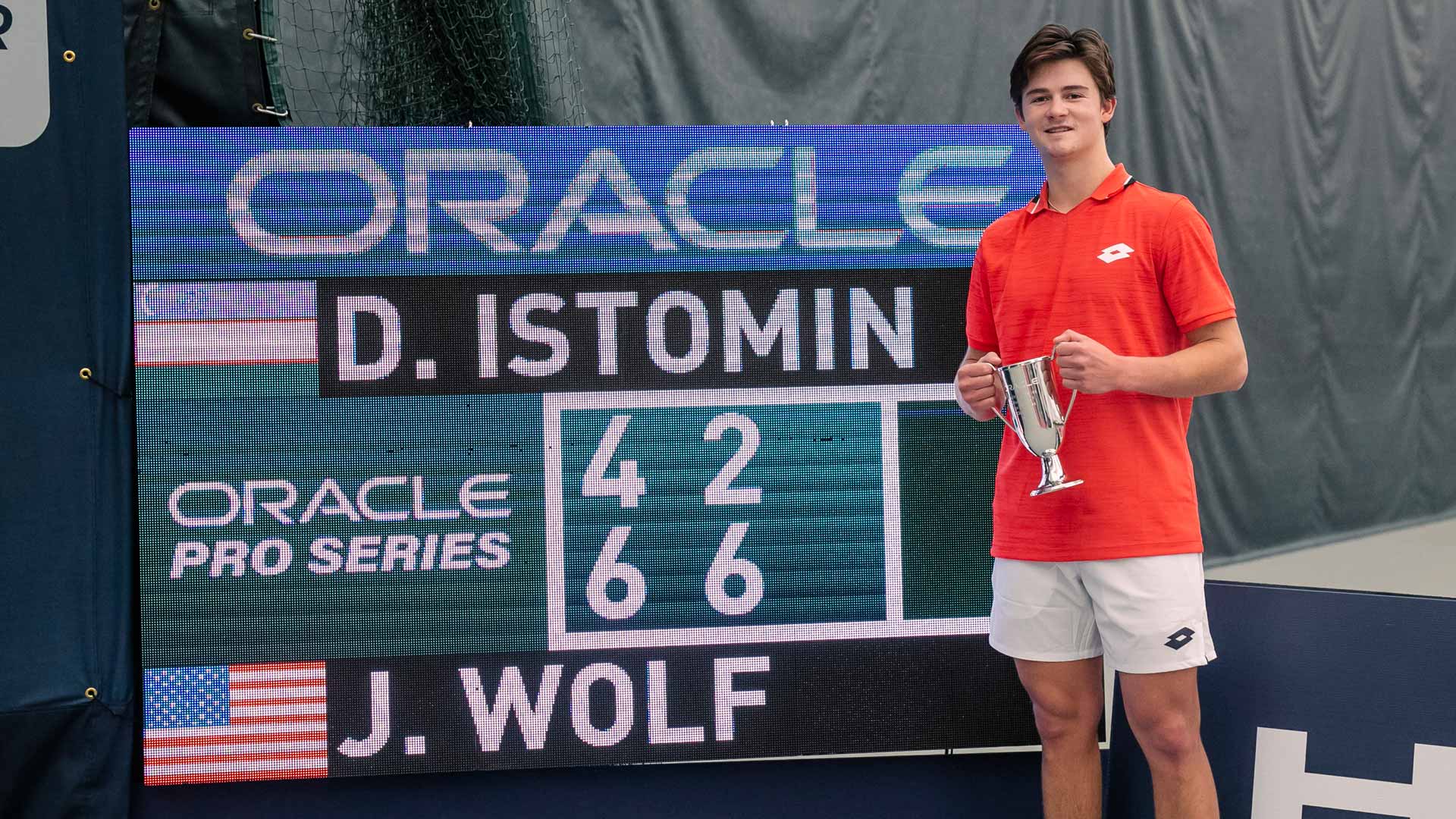 Terega Open Pau-Pyrenees (Pau, France): For the first time in six years, Ernests Gulbis has a trophy in his arms. The former World No. 10 triumphed on the indoor hard courts of Pau on Sunday, earning his first title since 2014, when he prevailed at the ATP Tour event in Nice.

You May Also Like: Eyeing A Deep AO Run, Gulbis Issues S.O.S For More Shoes

Gulbis struggled with injuries and consistency in 2019, going 6-17 at the tour-level. A back ailment forced him to retire from his final two tournaments. But now, the Latvian has rediscovered his winning ways, returning to the Top 200 of the FedEx ATP Rankings with his 6-3, 6-4 victory over Jerzy Janowicz on Sunday. Coupled with a third-round finish as a qualifier at the Australian Open, Gulbis is once again making the most of his opportunities. 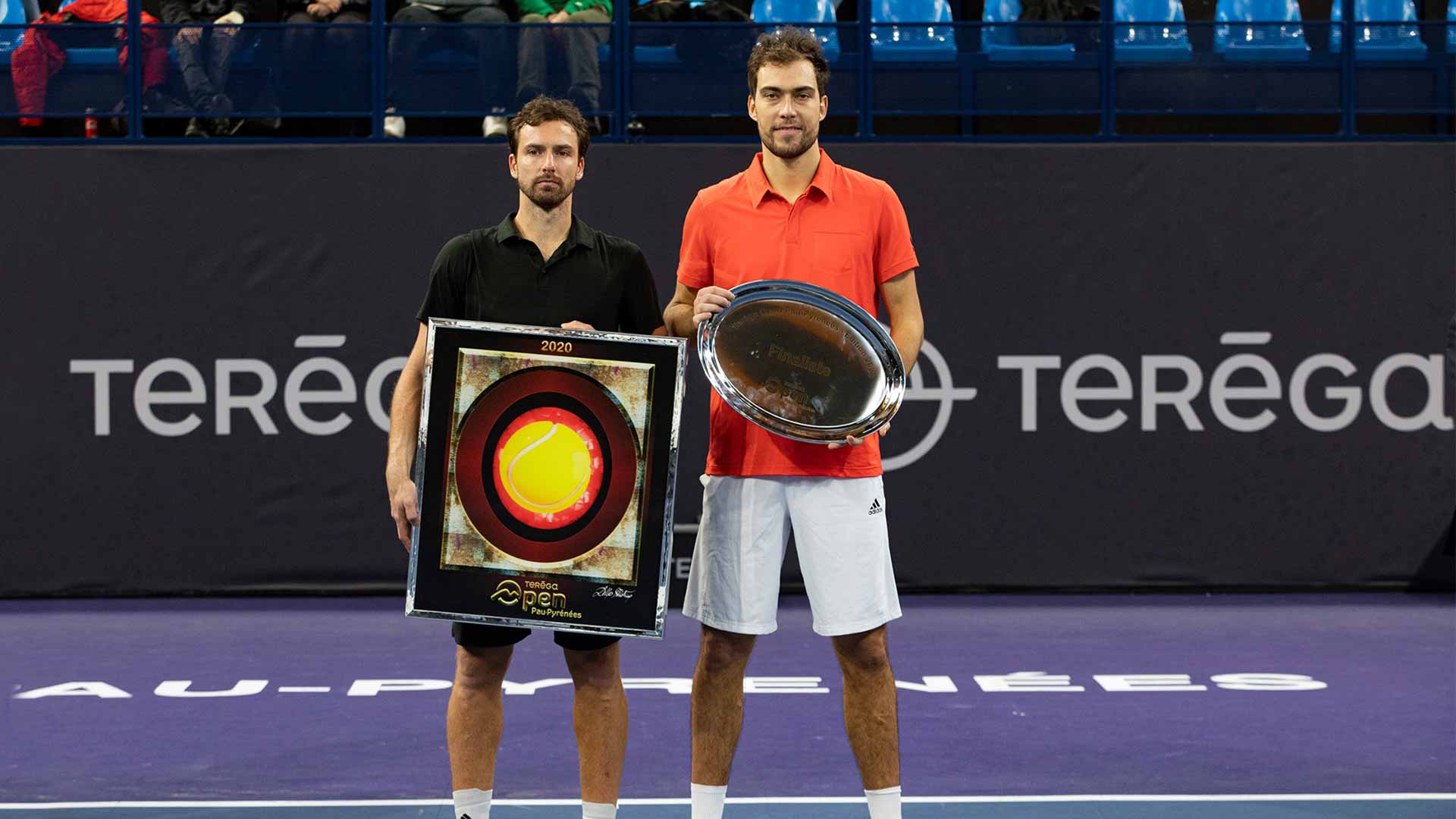 A LOOK AHEAD
More than two dozen Top 100 players are in action this week. You read that correctly. Fourteen Top 100 stars are competing on the Challenger circuit, including Ugo Humbert, Lucas Pouille and Cameron Norrie in Indian Wells, and Adrian Mannarino, Feliciano Lopez and Pablo Andujar in Monterrey.