Philipp Kohlschreiber lifts the trophy at the Canberra International in Bendigo.

ATP Staff
This article contains:
Revisit the week that was on the ATP Challenger Tour, as we applaud the achievements of those on the rise and look ahead to the week to come

A LOOK BACK
Apis Canberra International (Bendigo, Australia): We often talk about players overcoming obstacles on the ATP Challenger Tour. That is, finding their way to the winners' circle in the midst of injury or personal tragedy. That was the case this week at the Canberra International, but this time it was the tournament that triumphed in the face of adversity.

Philipp Kohlschreiber lifted the trophy on Sunday, overcoming upstart #NextGenATP star Emil Ruusuvuori 7-6(5), 4-6, 6-3 for the title. But the German's victory is just a small part of the greater story that was written during the week. The tournament was originally set to be held in the Australian capital of Canberra, but was forced to be relocated to Bendigo due to hazardous smoke from the surrounding bushfires.

The decision to move the tournament was made just a few days before the start of play, as the unrelenting smokey conditions were deemed too dangerous. With many players and tournament staff already in Canberra, buses were deployed to transport everyone nearly seven hours to the new site. Bendigo, which will also host a Challenger 80 event beginning Monday, did an incredible job to accelerate their schedule on such short notice. That included establishing last-minute hotels, food and transport, as well as player and patron services, for an additional week.

In the end, the tournament was a great success, concluding with Kohlschreiber's victory on Sunday and a cheque for nearly AU$ 100,000 donated to the Australian Red Cross. A total of 997 aces were struck during the week, raising AU $99,700 for disaster relief.

You May Also Like: From Canberra To Bendigo: Challenger Raises AU$ 100,000 For Bushfire Relief

For the 36-year-old Kohlschreiber, the title was as sweet as they come. He lifted his first trophy since 2017, when he prevailed at the ATP Tour event in Kitzbühel. Moreover, it was the German's first hard-court title in 12 years and first at the Challenger level since Reunion Island in 2005.

"The conditions here are very similar to Melbourne, so it's good preparation for the Australian Open," said Kohlschreiber. "It's a very strong tournament, so I'm very fortunate to win it. Sometimes you have some difficult moments, but I'm very happy with the performance I put out. At the end, it paid off."

Ruusuvuori, meanwhile, carried his dominant run of form in 2020. The Finn rises to a career-high No. 104 in the FedEx ATP Rankings and is well on his way to cracking the Top 100 in the early weeks of the new season. He is now 25-4 at the Challenger level since mid-August and will be one to watch as the ATP Race To Milan moves along.

On the doubles court, Max Purcell and Luke Saville picked up where they left off in 2019. After winning a tour-leading seven titles last year, the Aussie duo lifted yet another trophy.

Oracle Pro Series - Ann Arbor (Ann Arbor, Michigan, USA): Ulises Blanch returned to the winners' circle on Sunday, turning in an early candidate for 'comeback of the year' with a 3-6, 6-4, 6-2 victory over Roberto Cid Subervi in Ann Arbor. The American rallied from a set and 1-4 down to lift his second Challenger trophy, storming back for the most satisfying win of his career.

"I controlled what I could control this week," said the 21-year-old Blanch. "I just wanted to focus on the little things to get myself back on track. Thankfully it went pretty well all week. It gives me a lot of confidence with all the work I've been putting in with my team and my family. I'm aiming higher than this, so at the end of the day it's all about continuing to get better."

In 2018, at the ripe age of 20, Ulises Blanch tasted his first moment of glory. Competing in his very first Challenger main draw in Perugia, the American would complete a stunning run to the title as a lucky loser. But after a year of struggles that would follow, Blanch entered the 2020 season in search of that spark once again. He would certainly find that on the campus of the University of Michigan, reeling off six wins in six days to lift the trophy. 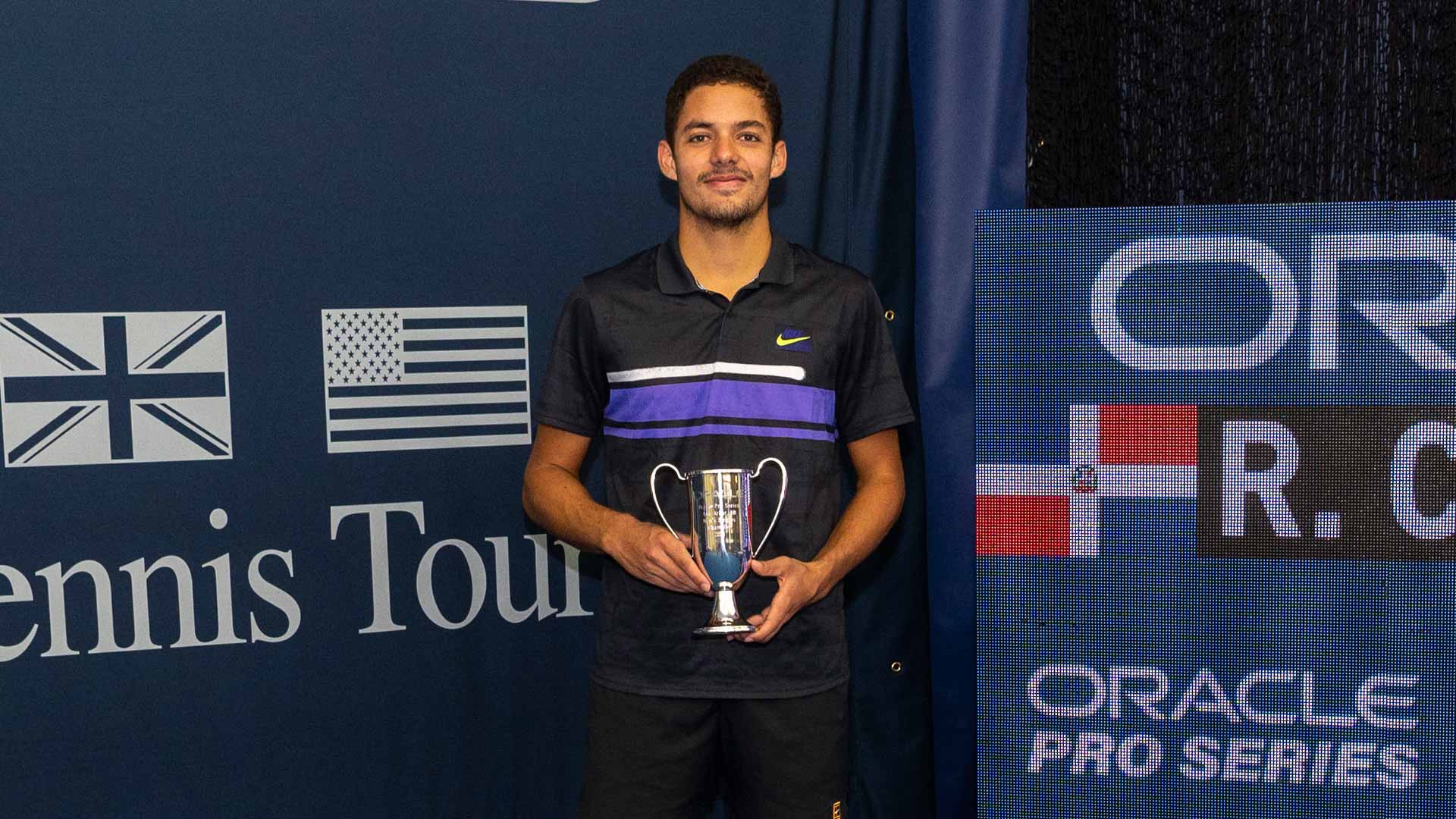 Internationaux BNP Paribas Nouvelle-Caledonie (Noumea, New Caledonia): For the 17th straight year, the ATP Challenger Tour has launched its season in paradise. The capital of an island collectivity of France called New Caledonia, located off the east coast of Australia, Noumea has hosted the tour's best for nearly two decades.

On Monday, J.J. Wolf etched his name in the tournament's history books. The American dropped one set in six matches to hoist his third Challenger trophy, carrying his impressive form from 2019 to the new season. He dominated fourth seed and former World No. 36 Yuichi Sugita 6-2, 6-2. For the first time since 2017, a Challenger final was postponed to Monday due to rain, but that did not deter the 21-year-old.

Wolf, a former standout at Ohio State University, has kicked off his 2020 season exactly how he capped his 2019 campaign. After securing his second title in Champaign in November, he wasted no time in notching a third on the hard courts of Noumea. The win moves him to 19-5 since the US Open, boosting his FedEx ATP Ranking to a career-high No. 181. 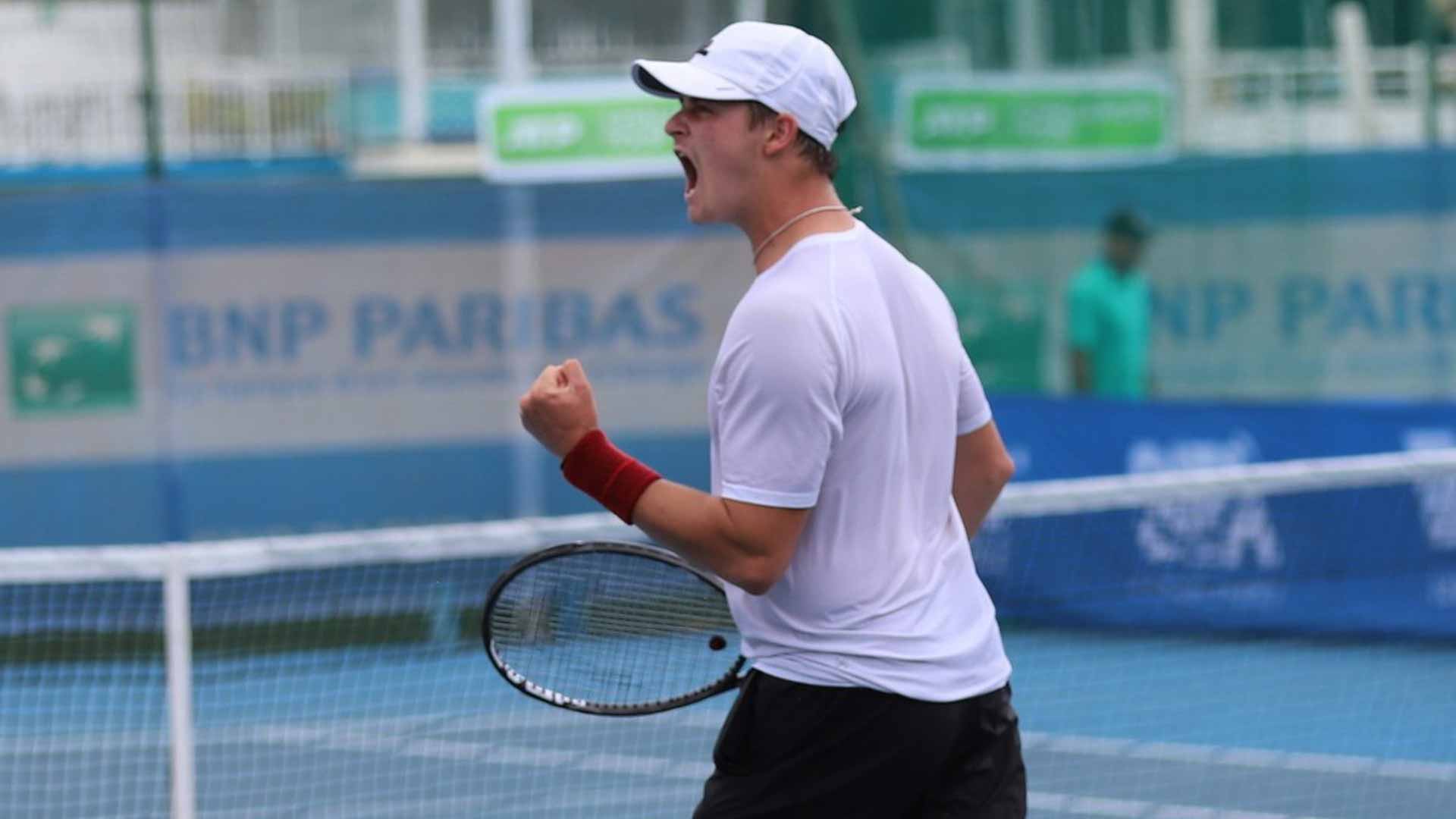 A LOOK AHEAD
Two tournaments are on the calendar this week, with Challenger 80 events in Bangkok and Bendigo. Jiri Vesely leads the field at the 12th Bangkok Challenger, while Marton Fucsovics is joined by Stefano Travaglia and Steve Johnson in Bendigo.