Charities and Causes
The Novak Djokovic Foundation, launched in 2007, is an advocate for childhood development and inclusive preschool education that enables children from disadvantaged communities - especially in Serbia - to grow up, play and develop in a stimulative, creative and safe environment. The Foundation seeks organisations that have compatible values and creates long-term partnerships by funding their projects.

The "Friendship Games", established by the Novak Djokovic Foundation, is a camp for Serbian children aged 7 to 10 from socially disadvantaged communities. It aims to inspire better socialisation and inclusion through numerous creative workshops, games and group activities, under the supervision of educated personnel.

Novak Djokovic also champions children’s rights and early childhood education through his role as National Ambassador for UNICEF in Serbia since 2011. In collaboration with UNIQLO, he expanded his reach in 2012 with the launch of "Clothes for Smiles", a program with a $10 million fund that helps nurture the dreams of children worldwide.

Highlights
The Novak Djokovic Foundation has supported a variety of projects since its inception, varying from support for children orphaned by war and youngsters in need of health care to rebuilding efforts in flood-ravaged cities and the upkeep of Serbian monasteries and churches. The Foundation held its inaugural fundraising dinner in New York in September 2012, and raised $1.4 million for early childhood education.

As UNICEF Ambassador, Djokovic made field visits to Serbian kindergartens in Smederevo and Lesnica where he spent time with the children and learned of the impact made by the schools.

For his charitable efforts, the Serbian was named the ATP World Tour’s 2012 Arthur Ashe Humanitarian of the Year. He was also presented with a special Centrepoint award by the charity’s patron, HRH The Duke of Cambridge, honouring those whose contribution to youth inspires young people across the world.

In 2013, the Novak Djokovic Foundation received a €10,000 grant from ATP ACES For Charity. It received a second grant of €15,000 in 2017, in support of its "Friendship Games". To date, the Foundation has organised four camps benefitting 300 children from 26 locations.

A day after finishing runner-up in the 2013 US Open final, Djokovic hosted the second annual fundraising dinner for his foundation. Held at Capitale, in lower Manhattan, the Novak Djokovic Foundation raised $2.5 million for Serbian preschoolers at the star-studded event.

During the ATP Tour suspension due to COVID-19, Djokovic and his wife, Jelena, announced a €1m donation through the Novak Djokovic Foundation for the purchase of ventilators and medical equipment to support hospitals and other medical institutions in Serbia. 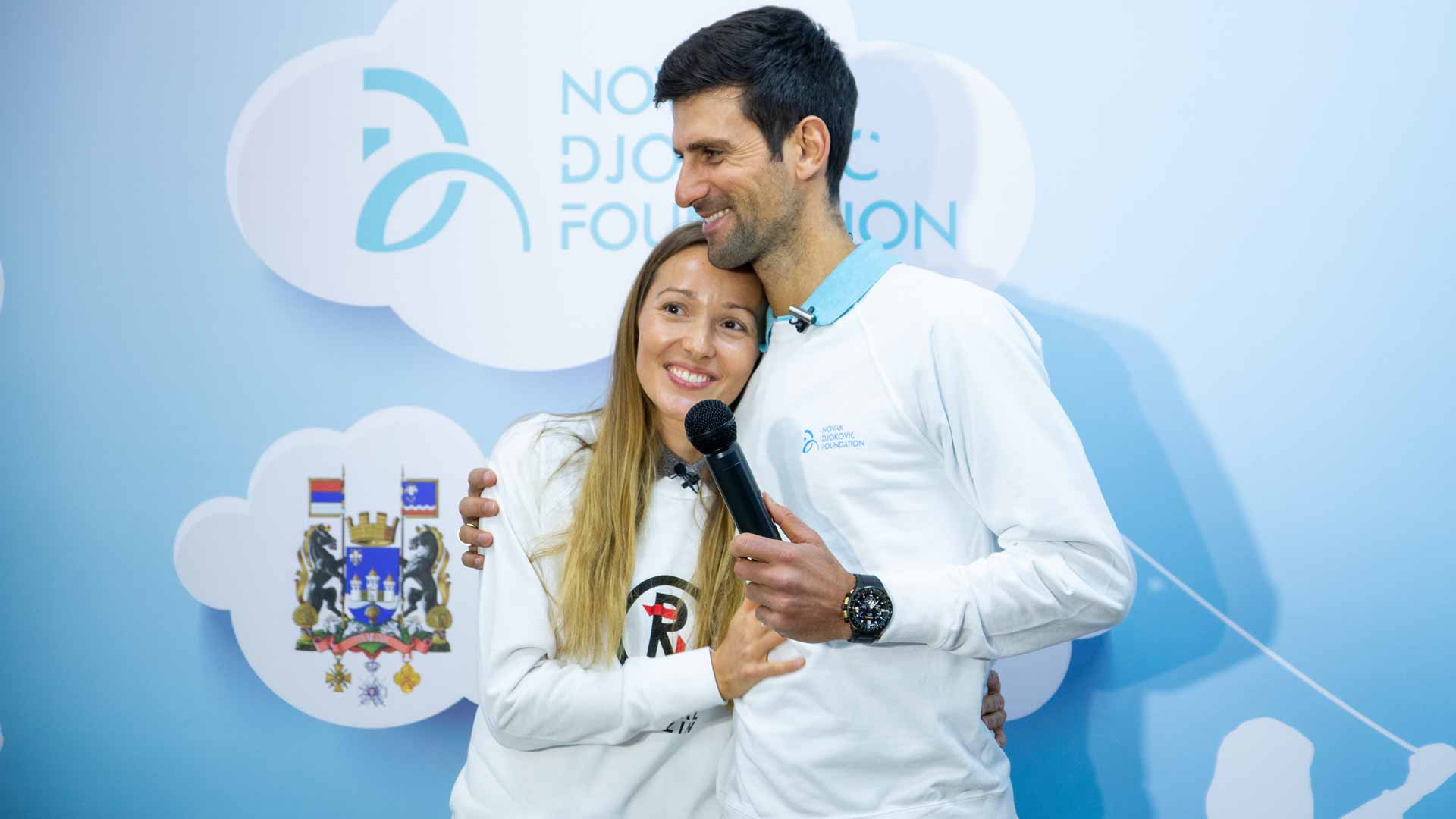