Hyeon Chung is back in action at the ATP Challenger Tour event in Chengdu.

The Professor Is Back: Chung Returns At Chengdu Challenger

With today's stars fighting for top prizes on the hard courts of North America, it's an exciting time to be following the ATP Tour. This week, all eyes are on the Citi Open in Washington, as the ATP 500 event takes centre stage.

In 2018, Hyeon Chung was seeded eighth in the U.S. capital, as the newly-minted Top 20 star continued his ascent. Flash forward one year and Chung is competing once again on hard courts, but this time you won't find the Korean in the cozy confines of Rock Creek Park. Travel nearly 8,000 miles west to Chengdu, China, and the 23-year-old is celebrating a second-round victory on the ATP Challenger Tour.

After more than five months on the sidelines, Chung is back.

"I'm really happy to be back on the tour again," Chung told ATPChallengerTour.com. "I had a back injury. I've missed the competition a lot and just being out there. It felt good to play today. It's my first tournament since February, so I'm just happy to be on court." 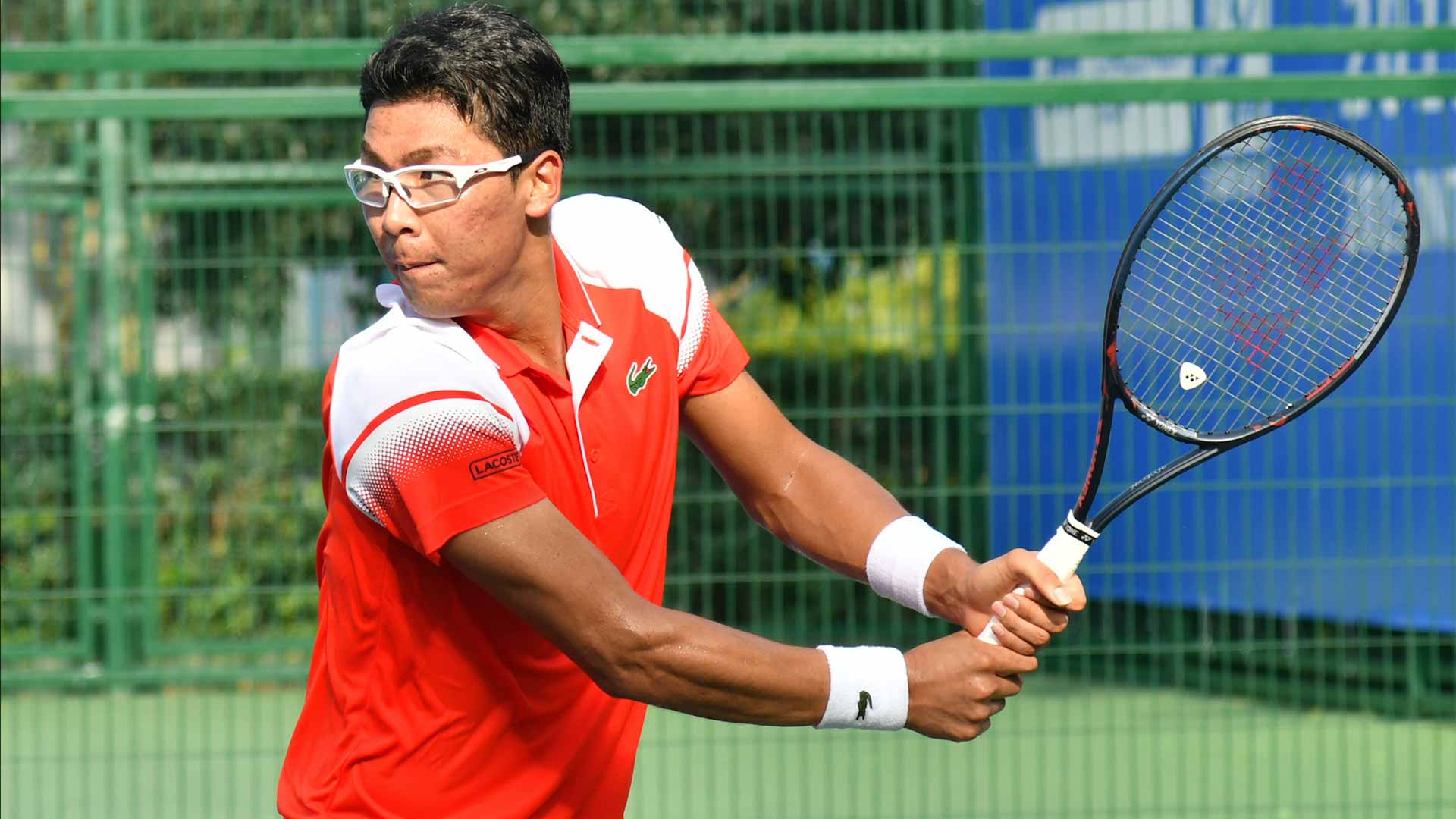 With little fanfare at the Sichuan International Tennis Center, Chung earned his first victory since January as he kicked off his comeback from a back injury. A 6-3, 6-2 win over Kento Takeuchi was a big step for the former World No. 19. For Chung, the setting was irrelevant. He was just happy to be back.

"I missed a lot tournaments and few Grand Slams. I fell out of the Top 100 too. But my back feels great and that's why I've come back now. I'm ready to go. I've been practising, doing rehab and treatment since February. I'm happy to be back in Chengdu. The city is nice and the fans are great."

It was just last year that the man they call 'The Professor' was taking the ATP Tour by storm. Chung announced himself to the tennis world with a semi-final finish at the Australian Open, a mere months after lifting the trophy at the inaugural Next Gen ATP Finals.

Behind an aggressive, attacking mentality and tactical prowess, Chung was putting the rest of the tour on notice. A straight-sets win over Novak Djokovic in Melbourne was followed by deep runs at the ATP Masters 1000 stops in Indian Wells and Miami. The Korean would become the first from his country to crack the Top 20 of the ATP Rankings.

But, despite his immediate wealth of success, Chung's body was not cooperating. A persistent back injury plagued him throughout the second half of 2018 and he would eventually decide to take a break after the ABN AMRO World Tennis Tournament in Rotterdam in February. He has not competed since.

"There's some stress and it's not what I wanted, because I was playing really good last year. But I'm just trying to stay positive all the time. I don't know why I've been injured so much, but I'm trying to stay focused."

After more than five months on the sidelines with a back injury, the 🇰🇷 made a triumphant return on Tuesday in Chengdu. pic.twitter.com/MkjWN2eFty

Despite the frustrating first half of the season, Chung can take solace in the fact that he's come back from a similar situation. In 2016, he enjoyed a successful return from an abdominal injury, immediately reaching back-to-back finals on the ATP Challenger Tour, including a title in Kaohsiung. Two months later, he added a second trophy in Kobe, Japan, as he pushed towards a return to the Top 100.

Three years later, Chung is in similar territory, having slipped from his Top 20 perch to a current standing of No. 166 in the ATP Rankings. The Suwon native says he is taking it one step at a time and has already found inspiration from his countryman Soon-woo Kwon.

The 21-year-old Kwon has emerged as one of the brightest stars on the ATP Challenger Tour this year. The top-ranked Korean, at No. 112 in the ATP Rankings, he owns a staggering 31-12 record with titles in Yokohama and Seoul. And last week, Kwon earned his first ATP Tour match win in Atlanta.

"Soon-woo is playing really well so far this year," Chung added. "We're really good friends and we've practised a lot together. We train for Davis Cup together and just whenever we have the time. We're close and I'm really happy to see him play well. I think he's going to keep playing better.

"I've been injured, but I'm still happy to be part of that younger group, also with Tsitsipas, De Minaur, Fritz and the others. I'm hoping to continue following them."

Seeded second this week in Chengdu, the Round of 16 awaits Chung. The eight-time Challenger champion will face home hope Wu Di on Thursday.