Yuichi Sugita is coming off his first title in two years, prevailing at the Binghamton Challenger.

Sugita's Journey From Binghamton To Chengdu

Josh Meiseles
This article contains:
Former Top 50 star is on the rise once again

It's common practice on the ATP Challenger Tour. With more than 150 tournaments in 40 countries and territories, players are criss-crossing the globe nearly every week, chasing valuable ATP Rankings points and prize money.

This week, Yuichi Sugita took that to the next level. On Sunday, the Japanese veteran claimed his 10th ATP Challenger Tour title, lifting the trophy in Binghamton, New York. He hailed it as one of the greatest achievements of his career, having endured two years of struggles following his breakout 2017 campaign.

But Sugita had no time to celebrate. In just over 48 hours, he would find himself on the other side of the world, taking the court for a first-round match in Chengdu, China. From a final in upstate New York on Sunday afternoon to being first on Court 17 at 10:00am on Wednesday in central China, it was quite the journey for the 30-year-old.

"Even though I have jetlag, I think this tournament is really important for me," Sugita told ATPChallengerTour.com. "That is why I'm here. The temperature is different from New York and the humidity too. I got here on Tuesday and started the next day, so it was not easy. But I won my first two matches." 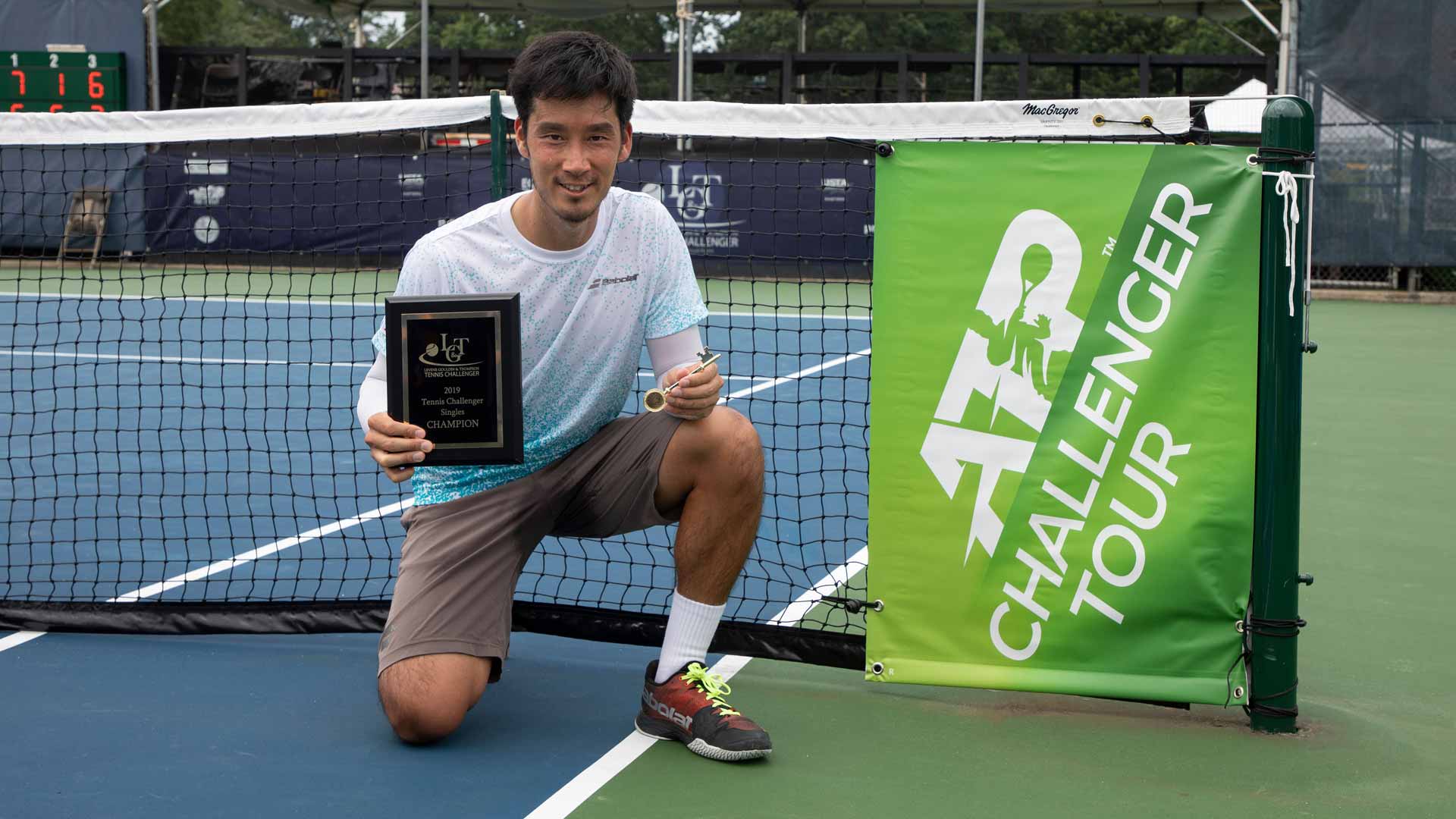 Sugita is hoping to return to the form that saw him reach a career-high No. 36 in the ATP Rankings in 2017. Earlier that year, he claimed his maiden ATP Tour title in Antalya. But the Japanese admits that it was a struggle to maintain that form as he competed full-time at the tour-level.

"I had a lot of lost confidence. When I played on the ATP Tour, I had to play a lot of top players in the first rounds. Every match is really strong and it's difficult to find confidence. I had to play all ATP Tour tournaments and I think I lost 10 first round matches in a row. It's difficult to keep playing well, but it is the tour you dream of playing on. It was a really good experience for me."

In 2018, Sugita would endure a 10-match losing streak and eventually fell outside the Top 200. As fast as he enjoyed his biggest breakthrough, he would plummet to No. 274 and was forced to return to the ATP Challenger Tour.

He says his victory at the Levene Gouldin & Thompson Tennis Challenger was a great boost, not only in lifting a trophy once again and returning to the Top 200, but in restoring much-needed confidence.

"It's a long, long time since I last got a title. It's a big one for me. I was in the Top 40 in 2017 and then I dropped in the ATP Rankings. And I lost how I want to play my tennis. It was really tough to come back to my level, but I won last week and now I have more confidence with my tennis. It was a big, big title for me. It was bigger than my ATP title. These two years, it was really tough, but finally I got it back."

Now, Sugita is on the rise once again and he credits his resurgence to a renewed mindset and firmer commitment to improving his physical and mental approach. And later this month, he will reap the rewards with a berth in US Open qualifying. What a difference one week can make.

"I needed to practise even harder. I worked on my footwork and the physical and mental side. Physically I tried to get more fit and mentally I just needed the confidence to get back there. I manage myself and my game and find what is my strong points and just believe in myself."

On Friday, Sugita will face one of his biggest tests of the year in top seed James Duckworth. A spot in the semis at the 2019 International Challenger Chengdu is on the line.