Grigor Dimitrov will face Daniel Evans or Yan Bai in the Chengdu Open second round.

The Key Things To Watch In Chengdu & Zhuhai

The ATP Tour heads to China with the Chengdu Open and the inaugural Huajin Securities Zhuhai Championships kicking off the three-week ‘Asian Swing’. The ATP 250 tournaments provide players with an opportunity to earn crucial points, with less than two months to go until the Nitto ATP Finals in London and the Next Gen ATP Finals in Milan.

Six Top 30 players headline an impressive draw in Chengdu, led by John Isner and Felix Auger-Aliassime. In Zhuhai, top seed Stefanos Tsitsipas is one of four Top 15 talents in attendance.

A new Chengdu Open champion and finalist are guaranteed, as the three prior titlists and three prior runners-up are not in this week’s main draw. Two players who have already claimed ATP Tour singles titles in 2019 — No. 1 seed John Isner and No. 3 seed Benoit Paire — are making their Chengdu debuts.

2017 champion Denis Istomin and defending champion Bernard Tomic did contest the Chengdu Open qualifying this weekend – and they drew each other in the first round. Tomic retired during their match due to a left wrist injury; Istomin advanced to the final round, where he lost to #NextGenATP Australian Alexei Popyrin.

Popyrin is joined in the main draw by two other #NextGenATP stars seeking their first title, both from Canada: 19-year-old Felix Auger-Aliassime and 20-year-old Denis Shapovalov. Auger-Aliassime made his first three ATP Tour finals earlier this season, finishing as runner-up each time, while Shapovalov is seeking his first singles final.

Ivan Dodig is back to attempt to defend his Chengdu Open doubles title, pairing with Filip Polasek this year. Dodig and Polasek teamed to win the Western & Southern Open in August, which is the biggest title of Polasek’s career. Polasek returned to the ATP Tour last year after missing nearly five years of action due to injuries.

The Huajin Securities Zhuhai Championships features two Top 10 players in its inaugural field: World No. 7 Stefanos Tsitsipas and World No. 10 Roberto Bautista Agut. Both arrive in Zhuhai after a successful Laver Cup campaign in Geneva, where Team Europe lifted its third trophy in as many years (Bautista Agut as an alternate). Former World No. 1 Andy Murray, who has lifted five of his 45 tour-level trophies in China, also features in the draw. 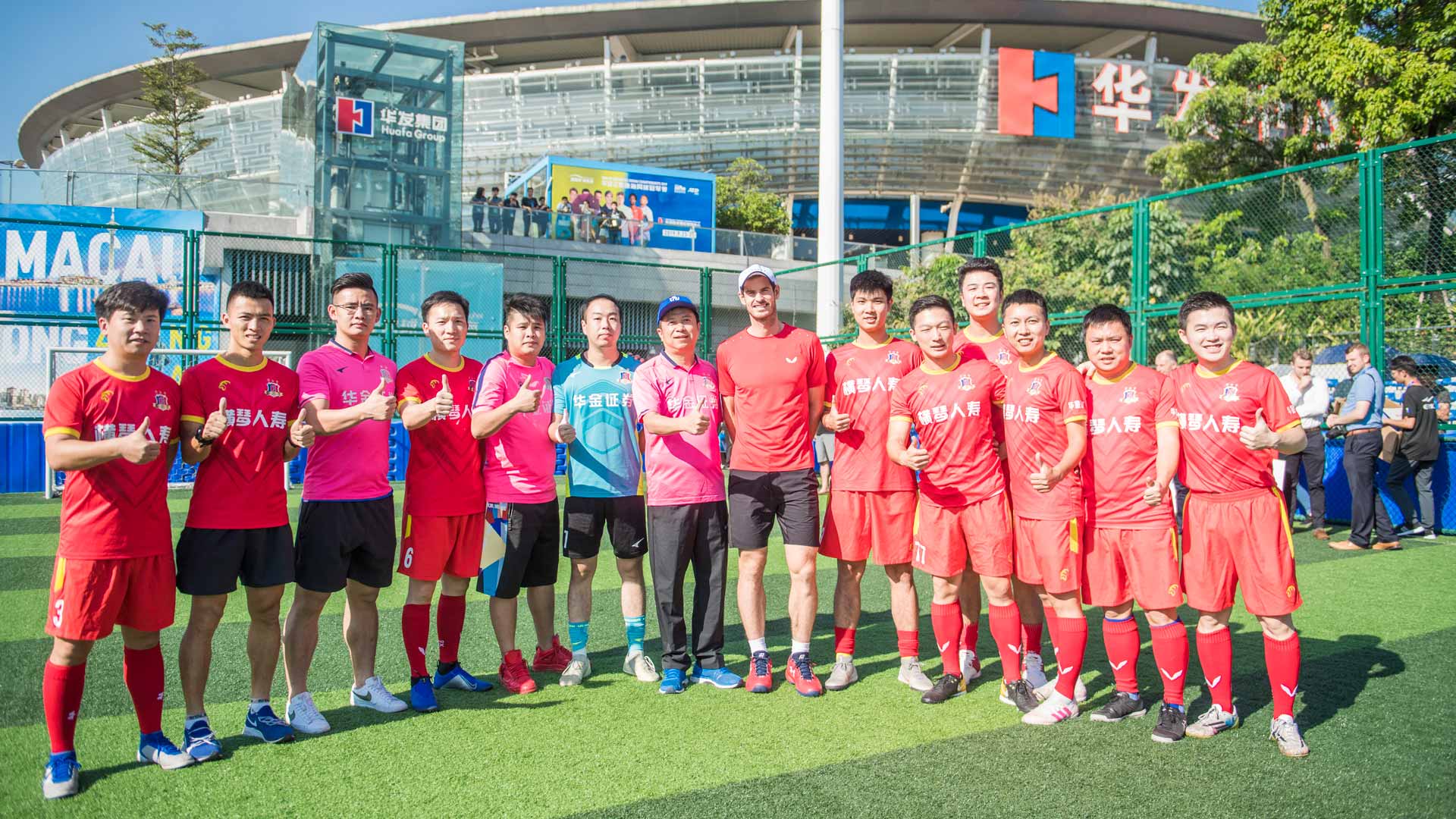 You May Also Like: Murray: 'I Don't Know How Far I'm Going To Get On My Comeback'

No. 3 seed Gael Monfils has notched 23 hard-court match-wins for the season to date, which is the third-most on the ATP Tour. The Frenchman, who had a career-best 15-3 start to the year, trails only Daniil Medvedev (41) and Roger Federer (25) in hard-court victories in 2019.

Two of the four #NextGenATP players in the field — Casper Ruud and Miomir Kecmanovic — will face each other in the first round. Ruud and Kecmanovic, who are currently No. 6 and No. 7 respectively in the ATP Race To Milan, were doubles partners at Roland Garros and the US Open this year. They upset the No. 3-seeded team of Raven Klaasen and Michael Venus to reach the US Open Round of 16.

One year ago this week, Yoshihito Nishioka won his first ATP Tour title in Shenzhen. The 23-year-old World No. 60 is just two spots off his career-high ATP Ranking, which he achieved in March 2017. Nishioka and Kecmanovic partook in a special painting activity with local children 70 stories above Zhuhai on Sunday, interacting with the community before beginning their runs at this ATP 250 tournament. 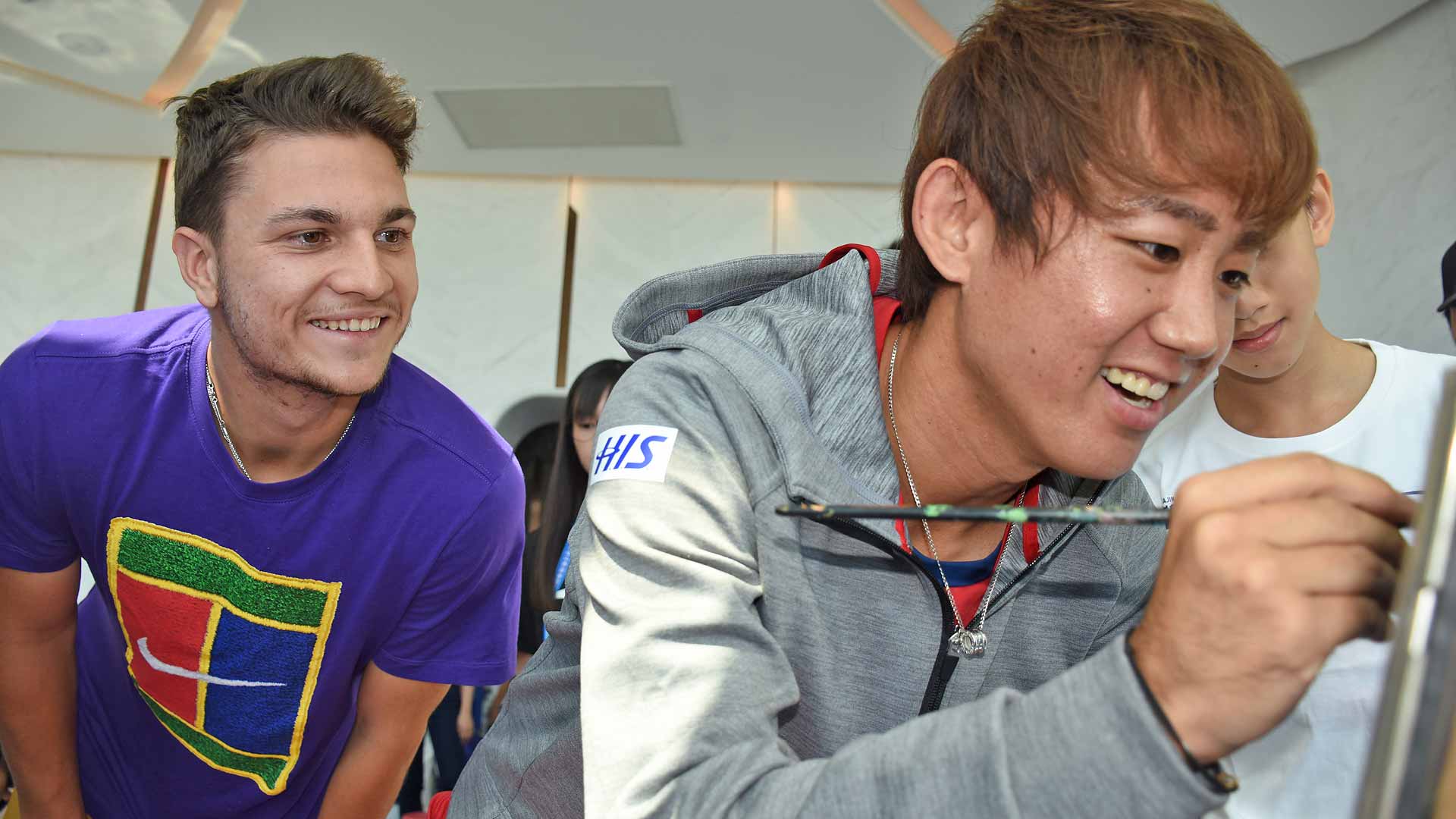