Josh Meiseles
This article contains:
Spotlight shines bright on the third-largest city in the U.S.

This week, the ATP Challenger Tour welcomes a new member to the family, as the Oracle Challenger Series Chicago celebrates its inaugural edition.

For the first time in Challenger history, the circuit  descends on Chicago proper, with the state-of-the-art XS Tennis Village playing host to the $150,000 event. It marks the return of professional tennis to the third-largest city in the United States after a 20-year hiatus. In the late 1980s and early 1990s, Chicago hosted an ATP World Tour event, with John McEnroe and Boris Becker among its champions. It was the last title of McEnroe's career.

Learn more about the Oracle Challenger Series at OracleChallengerSeries.com

On Sunday, Bjorn Fratangelo helped kick off the hard-court event with a game of mini-tennis at one of the city's most famous landmarks - The Bean. The 25-year-old American joined WTA player Lauren Davis to mark the launch of the tournament and bring attention to its debut.

A public sculpture by British artist Sir Anish Kapoor, The Bean is located in Millennium Park in downtown Chicago and is made of 168 stainless steel plates welded together.

"Chicago is great, it's my first time here," said Fratangelo. "It feels like I'm still in New York. Just walking around the downtown area with tons of people. It's nice and we don't get to do it too much. It's not often that a Challenger is so close to a big downtown area, so it's cool to check it out."

The recently-opened $15 million, 13-acre XS Tennis Village features 13 outdoor hard courts, 12 indoor hard courts, four clay courts, a track and turf field and a 10,000 square-foot gym. It is the second Challenger tournament in the greater Chicago area, with the northern suburb of Winnetka celebrating its 27th anniversary in July.

"The centre is unbelievable," Fratangelo added. "It's brand new and pretty cool with a basketball court and boxing ring. I've never seen that before in a gym. It's a different kind of tennis venue and I think it's really nice." 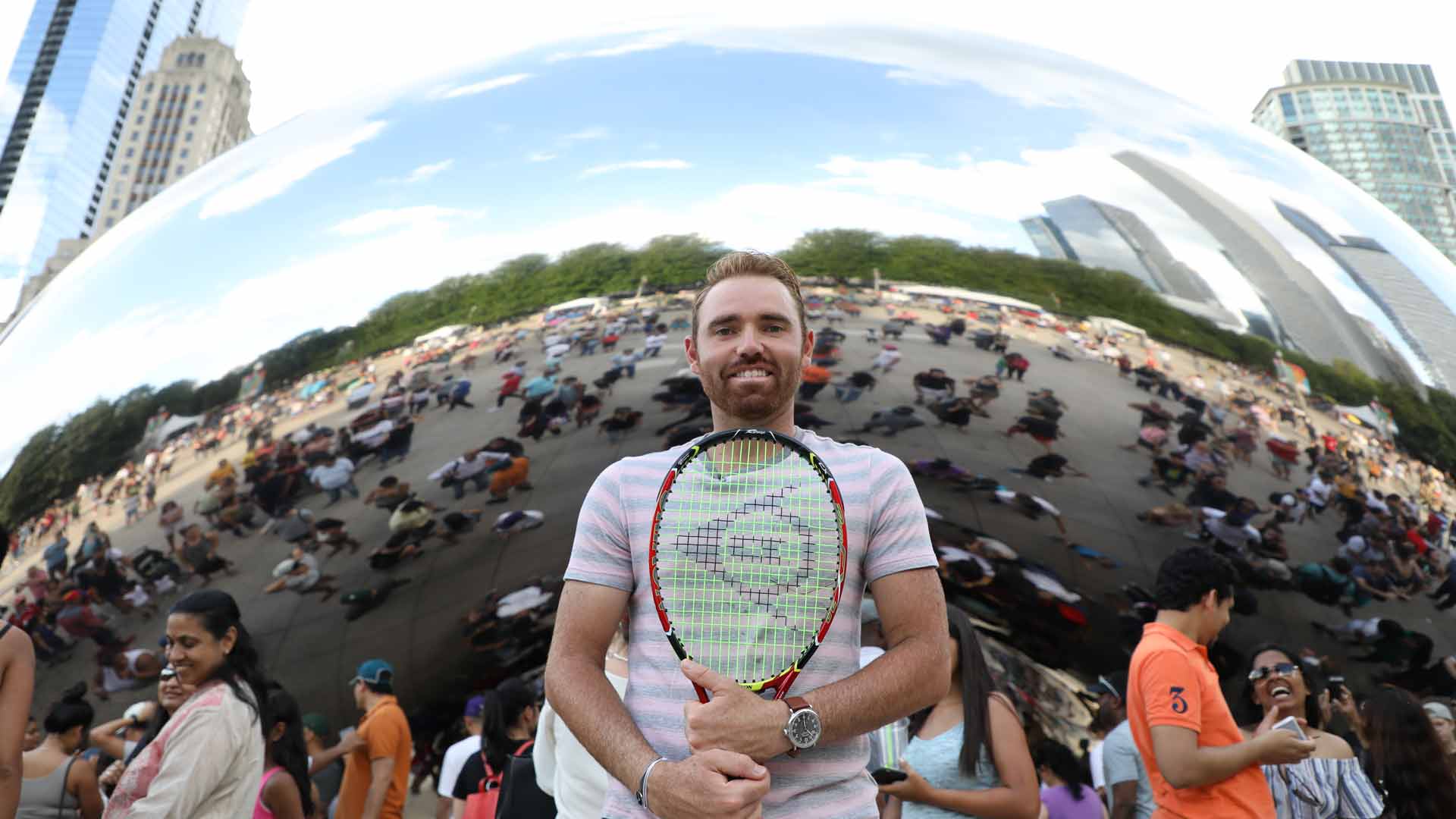 Fratangelo is on the comeback trail after tearing his rectus femoris (quadriceps muscle) at the Mutua Madrid Open in May. In the second set of his qualifying match against Nikoloz Basilashvili, he came down awkwardly on a serve. Weeks after qualifying at the ATP World Tour Masters 1000 event in Miami and 500-level stop Barcelona, the injury would cost him the rest of the clay season.

At the time, Fratangelo was pushing towards a return to the Top 100 of the ATP Rankings. But with his momentum halted, the Pittsburgh native has stumbled in recent months and is seeking a return to form as the calendar flips to September.

"It's no question that I've had a rough year, with bad form and the injury I suffered in the clay season. It's just been pretty rough. I took a month and a half to two months to recover and I think that starting back up on grass wasn't the smartest thing I've done in my life. But I'm happy now and I'm starting to find my game again. It's going to take some time.

"I lost some trust in my movement. When you tear a muscle in your leg, it takes time to get that trust back. But going right to grass from there, where movement is tougher, I was probably more scared than I normally am. Just from that, losing matches on the grass hurt my confidence a bit. But I'm starting to practise better and play better."