When Nick Kyrgios serves well, there's very little opponents can do about it. That held true on Monday evening, as the Aussie bounced back from a disappointing first-round exit in Montreal to beat Italian Lorenzo Sonego 7-5, 6-4, reaching the second round of the Western & Southern Open.

Kyrgios did not face a break point against Turkish Airlines Open Antalya champion Sonego, winning 85 per cent of his service points. The World No. 27 only struck four aces, but he earned plenty of free points off both his first and second serves, hitting his spots well throughout the evening.

"I actually felt as if I didn’t serve my best today at all. I’m being serious. I didn’t feel like I was hitting my spots well at all," Kyrgios told Tennis Channel. "But he’s a young guy, he’s going to have an amazing career. He’s had a great year, obviously won a title as well. I’m just happy to get through. I knew it was going to be tough and I wanted to play Khachanov next, so I’m looking forward to it."

Two years ago, Kyrgios advanced to his maiden ATP Masters 1000 final in Cincinnati, falling to Grigor Dimitrov in the championship match. The 24-year-old, who brings momentum from his Citi Open victory two weeks ago, has now made the second round here in four consecutive years.

Through 5-5 in the first set, there were no breaks of serve. But a Sonego double fault gave Kyrgios his first break, and the Aussie earned his break of serve in the second set with a backhand return winner down the line.

The Kyrgios show was on full display after a spectacular lunging backhand volley winner to hold for 4-2 in the second set, as the Aussie took a bow. Sonego had some fun with the crowd as well in his final service game, winning a wild point that included a Kyrgios tweener, motioning for the crowd to make some noise. After the point, the players paused to watch the replay on the big screen along with the crowd.

"He was serving 130-plus the entire match on his first serve. He can definitely serve at a high level," Kyrgios said. "I just stayed tough. I kept holding my serve and just waiting till he kind of dropped his level a little bit. That's all it was. That's all that was in it."

Kyrgios will next face Coupe Rogers semi-finalist Karen Khachanov for the first time in what promises to be a matchup that is detrimental to the tennis balls on the court. Kyrgios and Khachanov pack two of the biggest forehands on the ATP Tour.

"He's an amazing player, so young. We played juniors together. He's had an amazing career so far, and he's going to be one of the best players in the world for a long time," Kyrgios said. "He plays super-aggressive. Unbelievable first serve. Great forehand. He's a big guy, as well. Moves well." 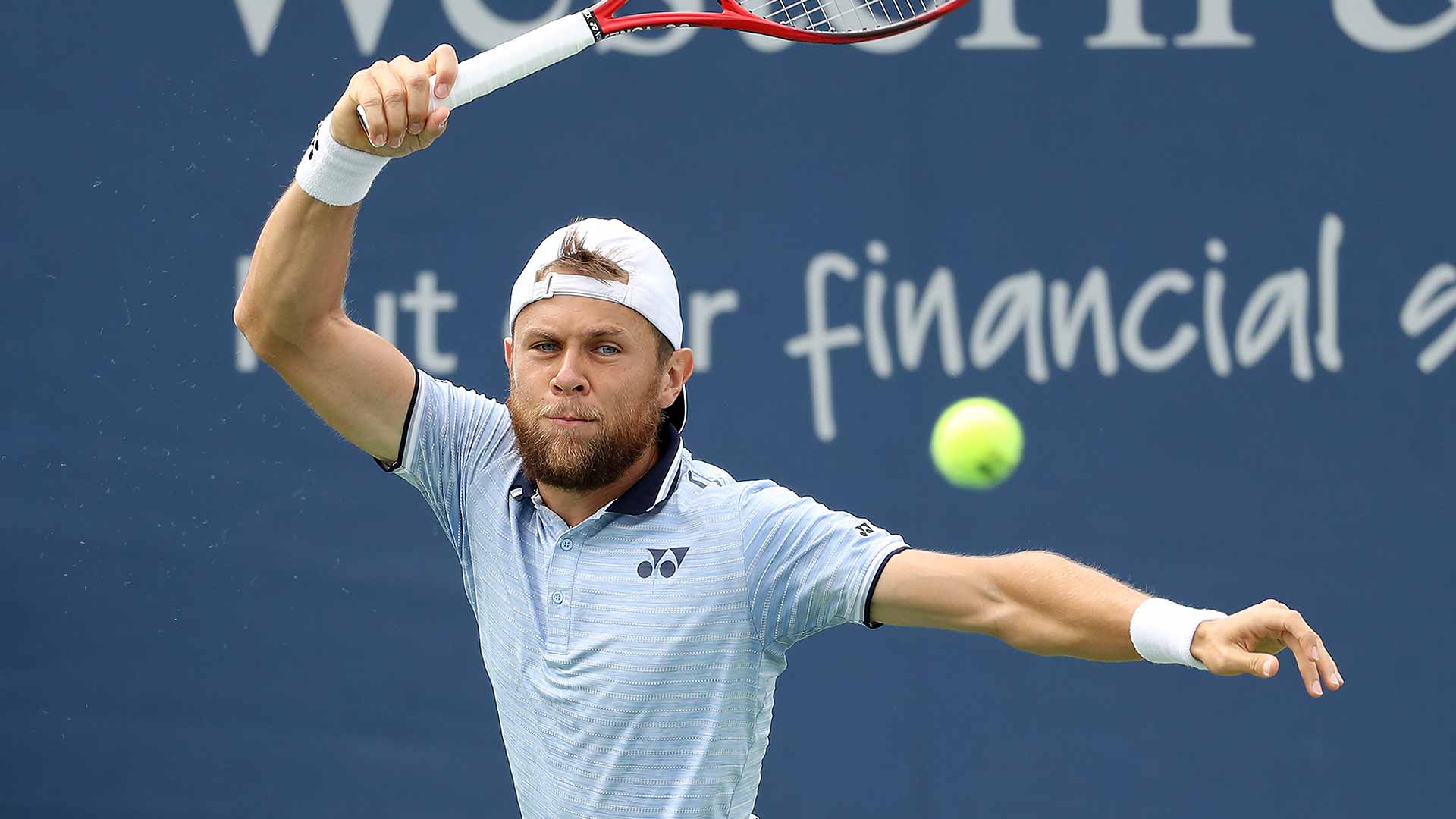 Moldova's Radu Albot opened the action Monday by knocking out 2016 champion and No. 14 seed Marin Cilic. Albot saved six set points in the second set, including two in the tie-break, before clinching a 6-4, 7-6(6) victory on his first match point.

The 29-year-old Albot, currently at a career-high No. 39 in the ATP Rankings, won his first ATP Tour title earlier this year at the Delray Beach Open by VITACOST.com (d. Evans). He also reached the semi-finals two weeks ago in Los Cabos (l. to Fritz).

You May Also Like: First-Time Winner Spotlight: Radu Albot

In the next round, the 23-year-old will try to upset countryman Kei Nishikori, who is the sixth seed. Nishioka is pursuing his first victory against a Top 10 opponent (0-7).

German Jan-Lennard Struff struck 12 aces and withstood 16 of them from 40-year-old Ivo Karlovic to advance 7-5, 7-6(4). The 29-year-old has split two FedEx ATP Head2Head meetings with his next opponent, reigning Next Gen ATP Finals champion Stefanos Tsitsipas. Most recently, Struff beat the Greek in Barcelona earlier this season.