Kei Nishikori owns a 3-0 record in US Open quarter-finals.

In 2014, Marin Cilic and Kei Nishikori contested a surprise US Open final after stunning Roger Federer and Novak Djokovic, respectively in the semi-finals.

Four years after their breakthrough runs to the championship match, Nishikori avenged his final loss, recovering from 2-6, 2-4 down to beat Cilic 2-6, 6-4, 7-6(5), 4-6, 6-4. The 2014 runner-up withstood 57 winners and saved seven of 13 break points to advance to his first major semi-final in two years after four hours and eight minutes. Nishikori remains unbeaten in quarter-final clashes at the USTA Billie Jean King National Tennis Center (3-0).

"He started very well... I didn't feel like I was playing great. I had to stay tough, especially in the second set," said Nishikori. "I started playing better from 4-2. I tried to swing a little more, play aggressive and start working better from 4-2 down.

"I am really happy to win and to go through matches like this. It wasn't easy and I didn't feel like I was playing my best tennis today, but I fought through somehow and it gives me big confidence."

The 28-year-old has reached three tour-level semi-finals this season and improves to 23-8 in Flushing Meadows. With his second win in four meetings against Cilic in New York, Nishikori extends his overall FedEx ATP Head2Head lead against the 2014 champion to 9-6.

"I came out in the match great, 6-2, 4-2 serving, and everything was going great," said Cilic. "[There was] just a little bit of a shift of the momentum there. Kei started to hit a little bit better. He broke me. He won six games in a row there, converted three of three break points and just put me back a bit on my back foot.

"From that point on, I felt the match was quite even... I felt that I created enough chances to even maybe win earlier, win that second set and I had some chances, as well, in the third. [It is] unfortunate to lose that. With a great, quality player like Kei, he also had his chances, and he made it... [the match] came down to couple points." 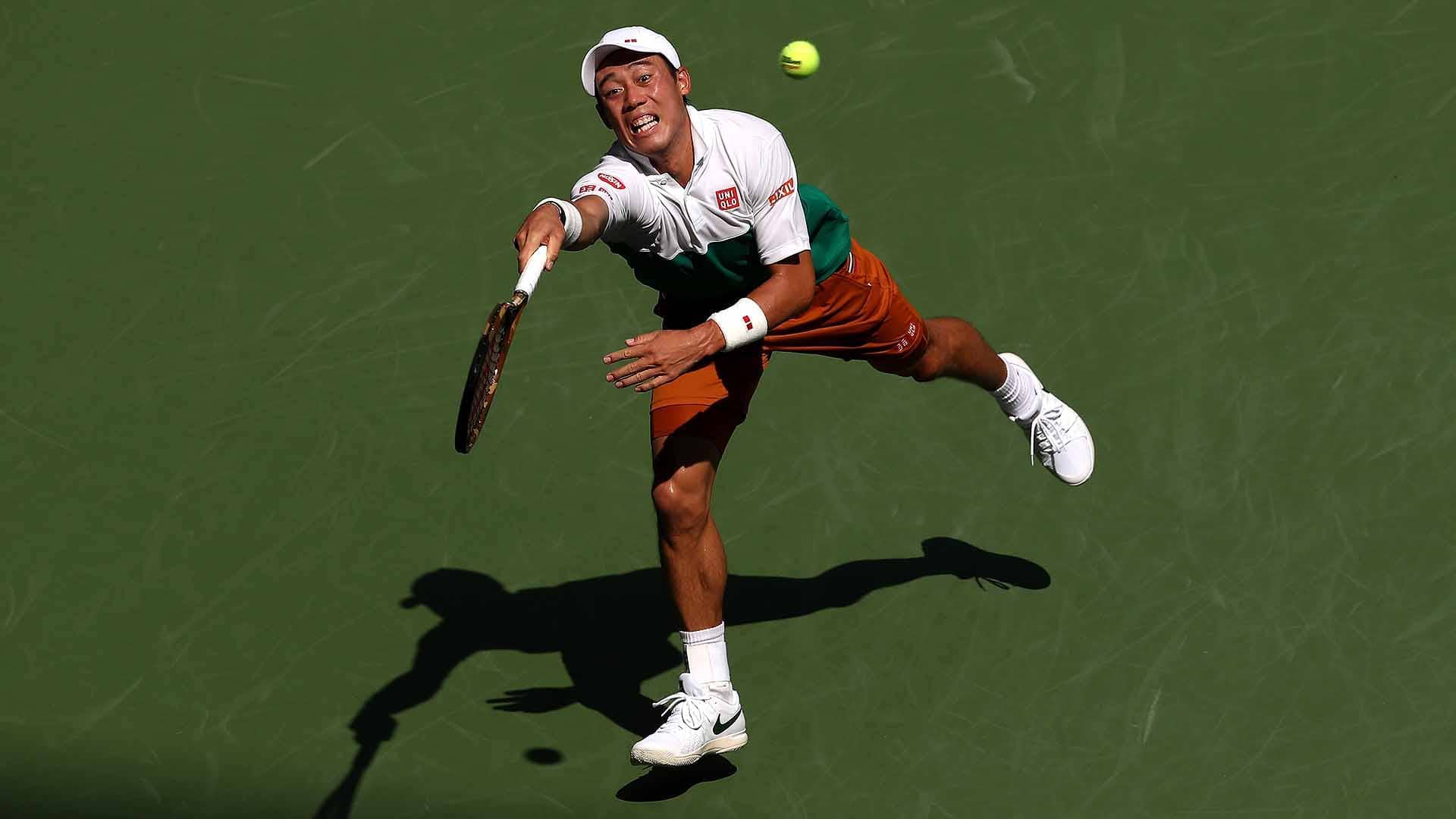 Nishikori, bidding to reach his second US Open final, will face two-time champion Novak Djokovic or John Millman of Australia in the semi-finals. Nishikori trails Djokovic 2-14 in their FedEx ATP Head2Head series, but remains undefeated against Millman in two FedEx ATP Head2Head encounters.

"I don't have a great record against Novak, but it's always been a tough match in the past couple of years... [I am] always excited to play Novak, because it's a great challenge for me. It is always exciting to play him," said Nishikori.

Cilic started well, extracting backhand errors from his opponent by being aggressive on his forehand to move into a 3-1 lead. The Australian Open finalist increased the pressure on Nishikori with comfortable service holds and moved into a one-set lead with a second break of serve in the eighth game.

Appearing in his third Grand Slam quarter-final of the season, Cilic appeared to be striding towards a two-set advantage with another break of serve at 3-2. But Nishikori immediately pegged back his 6'6" opponent, capitalising on multiple forehand errors to break to love. Following a comfortable service hold, the Rolex Monte-Carlo Masters runner-up, once again, took advantage of nervy play from Cilic to take a 5-4 lead. The 29-year-old hit back-to-back groundstroke errors before conceding the break with his second double fault.

"I felt once we were getting into the rallies he was slightly more consistent, and in... maybe 60 per cent of the rallies that he was the one that was dictating and creating chances," said Cilic. 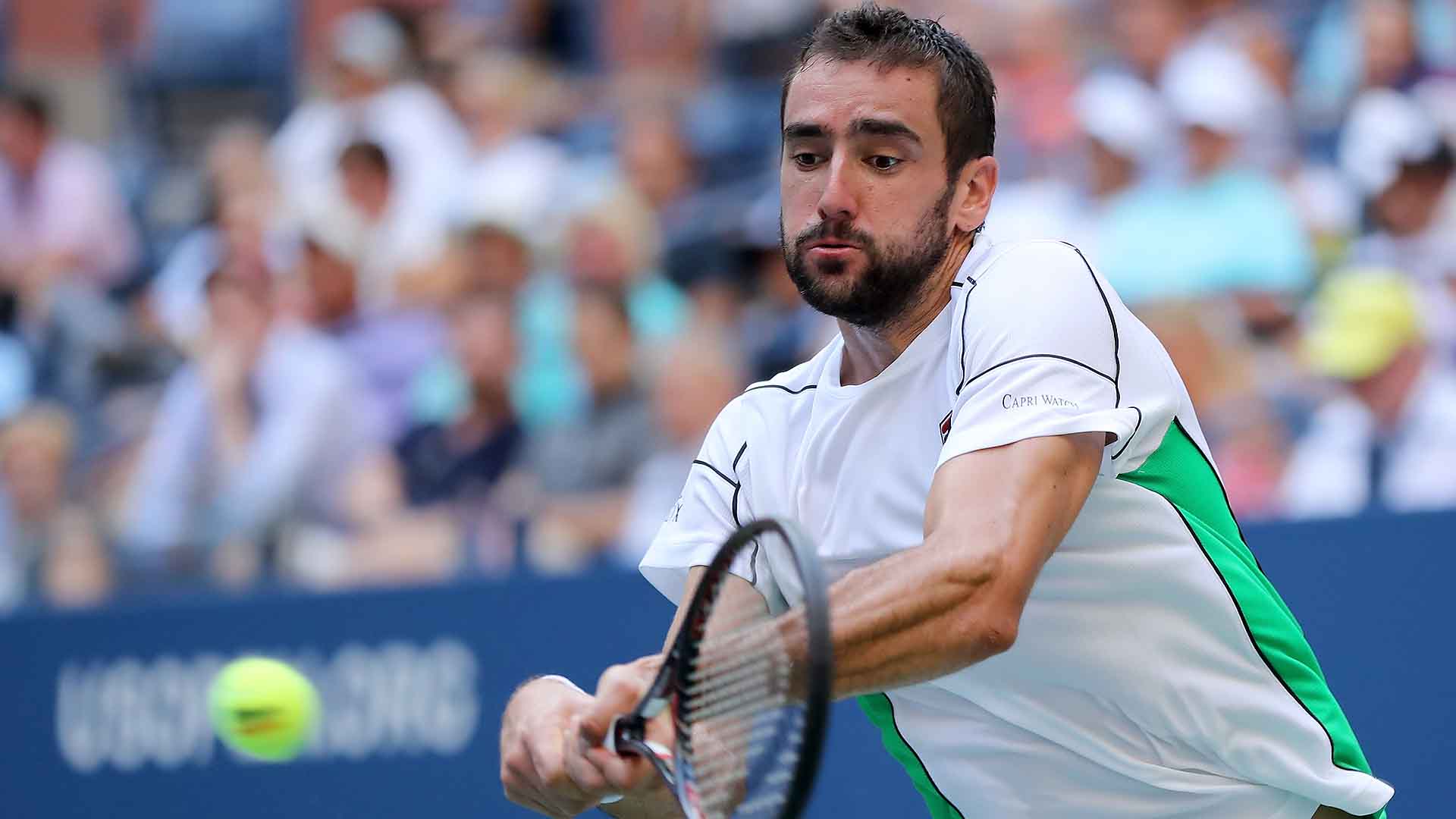 Nishikori continued to find success at the start of the third set, firing a pinpoint backhand down the line to secure his third consecutive service break. Despite visible frustration at being unable to break serve, Cilic soon found his range on his forehand and forced Nishikori into forehand errors to level the score at 4-4.

After trading a series of mini-breaks early in the tie-break, Cilic hit back-to-back double faults to hand Nishikori a 5/4 lead. The World No. 19 may have been unable to contain Cilic's forehand in the following point, but soon grabbed a two-set lead with a perfectly-timed backhand return winner. After racing out to 0/40 on Nishikori's serve at 3-3, Cilic made the first move in the fourth set with a series of powerful forehand blows. The one break was all that was needed, with Cilic forcing a decider with a service hold to 30.

Nishikori raced out to a 4-1 lead in the fifth set, with a crucial break of serve in the fourth game supported by three routine service holds. The 2014 finalist almost doubled his advantage two games later, and held two game points for 5-2 lead, before Cilic battled his way back into the match, winning three straight games. But Nishikori held firm, holding serve before firing a forehand cross-court return winner to advance.

Cilic was bidding to advance to his second major semi-final of the season after falling to Roger Federer in five sets at the Australian Open in January. The World No. 7, who lifted his 18th tour-level title at the Fever Tree Championships in June, drops to 33-9 this season.

Did You Know?
Cilic and Nishikori's 2014 US Open final meeting was the first Grand Slam final since the 2005 Australian Open not to feature Roger Federer, Rafael Nadal or Novak Djokovic.