Alexander Zverev is making his second straight appearance at the Nitto ATP Finals.

Zverev battles back in first set

After a slow start, Alexander Zverev moved to 1-0 in Group Guga Kuerten after beating Marin Cilic 7-6(5), 7-6(1) at the Nitto ATP Finals on Monday.

Having faced two break points to trail 0-4 in the opening set, Zverev fought hard to earn an ATP World Tour-leading 55th victory of the season (55-18). The 21-year-old won 75 per cent of first-serve points to clinch the win after two hours and six minutes. Zverev improves to 5-5 against Top 10 opposition in 2018 after notching his sixth straight win over Cilic in their FedEx ATP Head2Head series (Zverev leads 6-1).

“I'm happy to get the win,” said Zverev. “That's the most important thing. It's important - this tournament is big. It is very important to all of us players. Everybody wants to do well.”

When asked when he intends to do after this tournament, Zverev said, “I'm going to Dubai for five days and then the Maldives for vacation.”

After navigating a tough opening service game, Cilic attacked Zverev's forehand to extract errors and move into a 2-0 lead. This year's Fever-Tree Championships titlist soon created three more break-point opportunities to open up a double-break lead, but was unable to convert.

When serving for the set at 5-3, Cilic was made to pay for his missed opportunities. With consecutive backhand errors and a double fault, Cilic handed Zverev a lifeline back into the set. In the tie-break, Zverev opened a 6/3 lead and converted his third set point with great variety to complete the comeback. 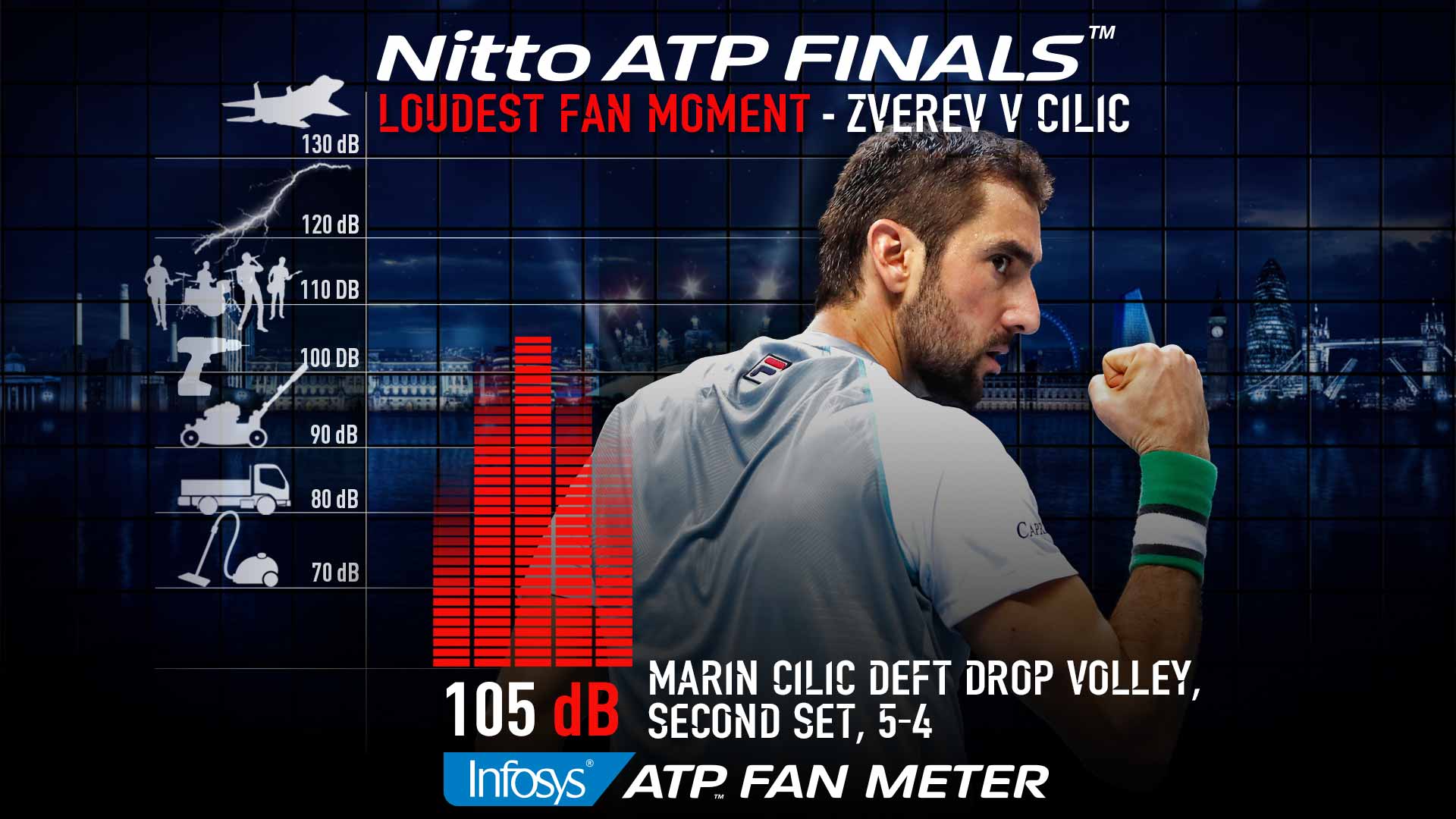 If Cilic was guilty of failing to take his opportunities in the opener, the same could be said of Zverev early in the second set. After saving break points at 0-1 and 2-3, Cilic moved into a 4-3 lead following a series of groundstroke errors from his opponent.

But Zverev found his way back into the set immediately, following mistimed forehand attacks from Cilic. The 30-year-old was soon forced to save one match point at 4-5 (30/40) before reaching a second tie-break.

Once again, Zverev was able to find his best level when it mattered most. The German took the initiative on his forehand side and benefitted from multiple unforced errors to open up a 5/1 lead at the change of ends. From there Zverev increased his aggression, closing the match with a pinpoint backhand up the line and an unreturned serve.

After early losses in Tokyo, Shanghai and Basel, Cilic appeared to have rediscovered his best form after snapping Novak Djokovic's 30-set winning streak at the Rolex Paris Masters two weeks ago. The World No. 7, who has enjoyed considerable success across the city at the Fever-Tree Championships and Wimbledon, drops to 1-9 at the Nitto ATP Finals.

"I had a very good start to the match at 3-0 [with a] break-point," said Cilic. "So I was close to having the double break in the first set. After that, when I lost my serve, I missed a few balls from a couple of unforced errors.

"I [hit] one double fault and gave him an opportunity to come back... After that, I felt that he started to play a bit better. He served, towards the end of the set, quite good and the tie-break was tight. I think it could have gone both ways and just, generally, I felt that I was playing well. I was not capitalising on my chances."

In Monday's evening session, World No. 1 Novak Djokovic and tournament debutant John Isner will aim to join Zverev at 1-0 in Group Guga Kuerten. Djokovic leads their FedEx ATP Head2Head series 8-2, winning each of their past five tour-level meetings.