David Goffin wins 84 per cent of his second-serve return points against Richard Gasquet Saturday en route to his triumph in Cincinnati.

For seven years, David Goffin has battled at the ATP Masters 1000 level, seeking a breakthrough on one of the game's biggest stages. On Saturday, that moment arrived.

Goffin reached his first Masters 1000 final, producing a clinical display to defeat Richard Gasquet 6-3, 6-4 at the Western & Southern Open. The Belgian is playing some of the best tennis of his career in Cincinnati, outdueling his opponents from the baseline and dropping just one set en route to the championship. There, he will face either Novak Djokovic or Daniil Medvedev on Sunday.

"I'm really happy," said Goffin. "It's a tournament I like and I've played the best tennis here in the past few years. I'm really happy to reach my first Masters 1000 final here. It's a great moment for me."

Under the tutelage of Thomas Johansson, Goffin has been building towards this moment following a final appearance on the grass of Halle and his first Wimbledon quarter-final. But despite having dropped a pair of hard-court openers in Washington and Montreal, the World No. 19 is seizing the initiative in Cincinnati.

It will be a 13th ATP Tour final in total for Goffin and second of the year, having finished runner-up to Federer in Halle two months ago. 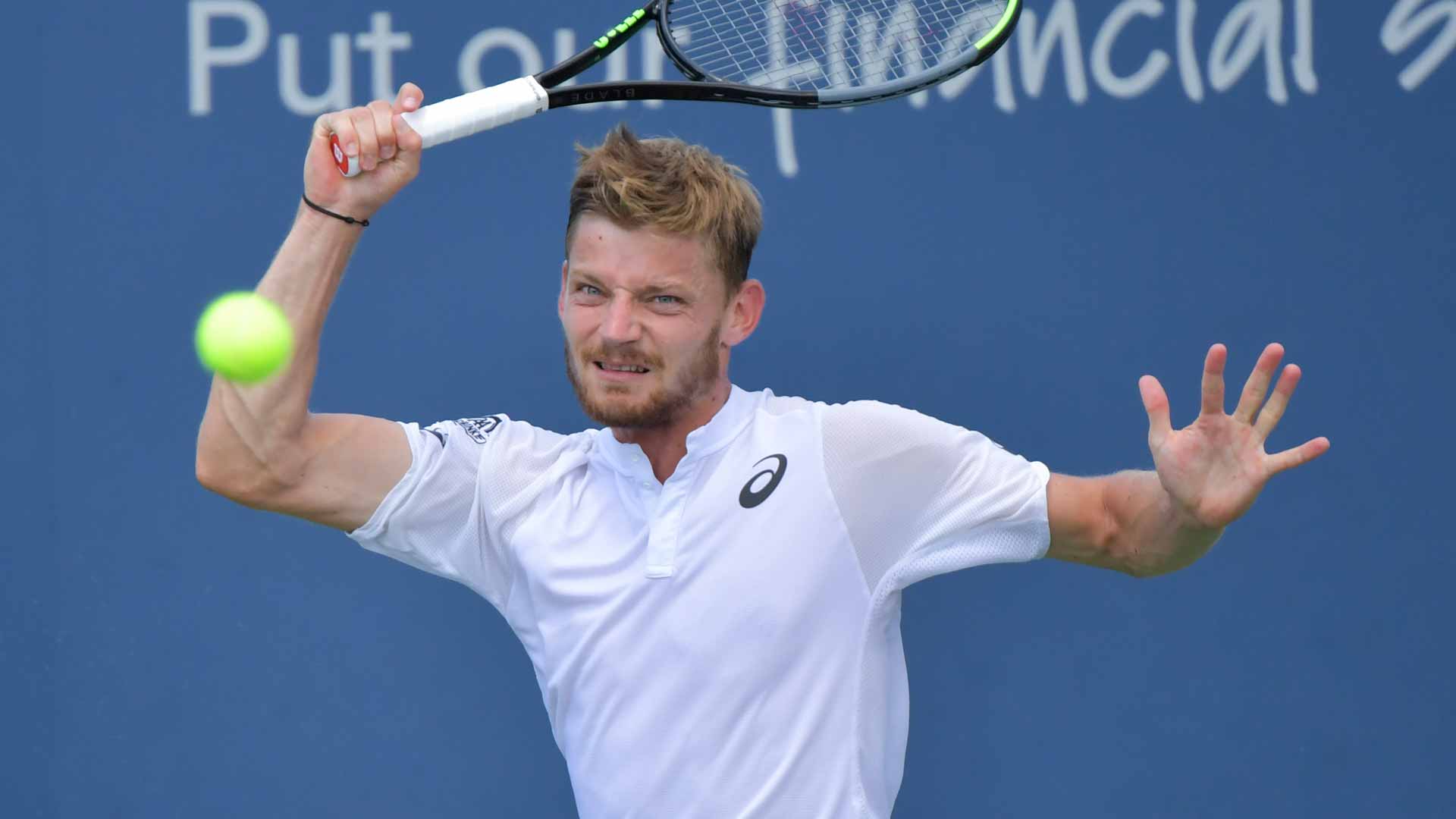 A battle of two former World No. 7s, Goffin sprinted out of the gates on an overcast Saturday afternoon, producing two straight holds to love and pouncing on Gasquet's second service game. A quick break saw the Belgian surge to a 4-1 lead with a backhand winner down the line.

The 28-year-old was firing away on the front foot throughout the encounter, maintaining an aggressive gameplan to rattle his French opponent. He converted seven winners and struck zero unforced errors in the first four games and continued to vary pace and spins from the baseline.

Goffin's movement opened the angles on his forehand side, which saw nine winners in the opening set and five-of-five net points won. As the second set got underway, a momentary dip in focus saw the Belgian concede the early lead for 0-2, but he would reel off five of the next six games with aplomb. Goffin would cross the finish line after one hour and 16 minutes as a Gasquet backhand sailed long.

A semi-finalist in Cincinnati a year ago, Goffin retired due to an arm injury against Roger Federer. Now, he has gone one step further at the hard-court event. He is into his first final on the surface since 2017, when he finished runner-up to Grigor Dimitrov at the Nitto ATP Finals.

Goffin proved that rust was not a factor after receiving a walkover into the semi-finals after Yoshihito Nishioka was forced to withdraw due to food poisoning.

"Unfortunately Nishioka could not play yesterday and I had just a small hit. It was almost a day off, so I was fresh and physically 100 per cent today to play against Richard. I was lucky and managed to play some good tennis and managed my emotions.

"I was completely lost yesterday. I didn't know what to do. Do I have another practice session, go to the physio and have some treatment? I didn't know. I decided to go on the court for some practice and do what I normally do after."

Goffin edges ahead 2-1 in his FedEx ATP Head2Head series against Gasquet. They previously met in Tokyo in 2017, won by the Belgian, and last year on the indoor hard courts of Montpellier.

Meanwhile, Gasquet was bidding to make his first Masters 1000 final since Toronto in 2012. He did well to reach the last four in Cincinnati in his return from groin surgery. Playing with a protected ranking, he had missed the first four months of the season and had fallen outside the Top 50 of the ATP Rankings for the first time since 2010. But the Frenchman is on the rise once again and is projected to move to No. 34 on Monday.

"It was tougher for me, but I tried my best against him," said Gasquet. "When he plays 100 per cent, it's tough. But as I said, he's a very good player and he's very fast and powerful. He was just better today. I just need to recover a little bit now, but I'm feeling great and I can take positives from this."

Did You Know?
Goffin entered the week with an 0-4 record in ATP Masters 1000 semi-finals. He previously fell to Milos Raonic in Indian Wells in 2016, to Djokovic in Miami in 2016, to Rafael Nadal in Monte-Carlo in 2017 and to Federer in Cincinnati last year.