Bringing The Heat On The Hardwood In Cleveland

ATP Staff
This article contains:
Challenger stars take in the action at a Cleveland Cavaliers game

You know them for their firepower on the tennis court. But on Tuesday, four ATP Challenger Tour stars showed off their cannon arms on the basketball hardwood.

Americans Ulises Blanch, Marcos Giron, Stefan Kozlov and Noah Rubin paid a visit to the NBA's Cleveland Cavaliers, while competing at the ATP Challenger Tour event in the city. Not only did they sit courtside watching the Cavs battle the Washington Wizards, but they provided some of the entertainment as well.

During a timeout, the quartet was tasked with tossing t-shirts and tournament tickets for Sunday's final into the crowd. From firing serves on the tennis court to launching prizes into the upper deck at the Quicken Loans Arena, it was a memorable experience.

"It was really special to do that here in Cleveland," said Giron. "It was out of the blue and I'm really grateful to be able to do that. It's not something you get to do often, being on the court of an NBA stadium. I've been on the field at the Rose Bowl at UCLA, but this felt very intimate to be able to interact with the fans."

"It was fun," Rubin added. "First time I've ever done something like that. It was pretty cool. I was always the kid not getting a t-shirt at a game, so now I got to be the one throwing it."

"It was a great experience being out there and having grown up as a big basketball fan, it was amazing," said Kozlov. "I would say it's once in a lifetime running out there and throwing t-shirts. Cleveland fans are great and I was surprised how nice their stadium is." 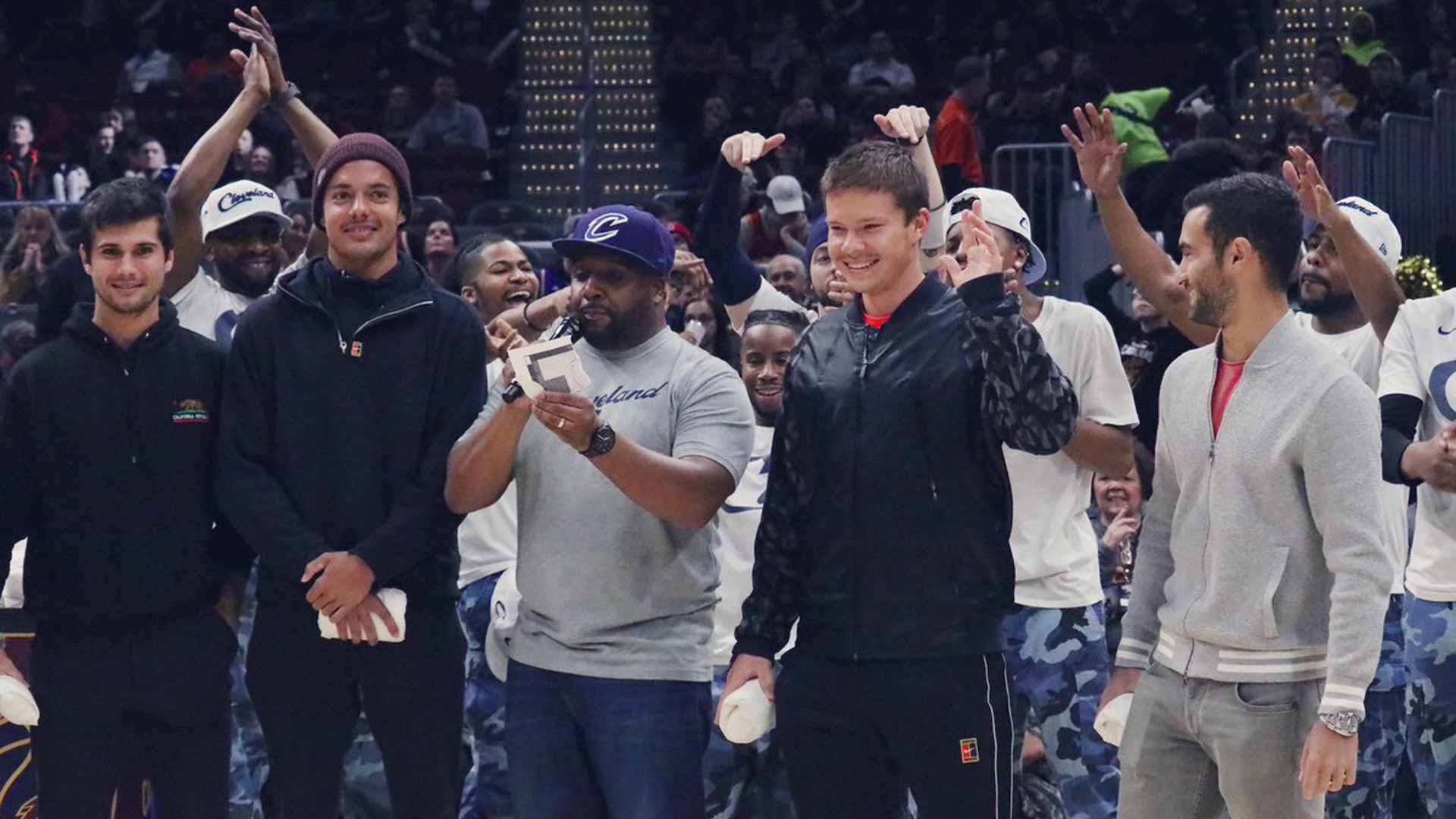 The Cleveland Open presented by Cleveland Clinic is celebrating its debut on the ATP Challenger Tour this week. After a long hiatus, professional tennis is back in the bustling city. It has been 34 years since the ATP Tour last held a tournament there.

While the state of Ohio has enjoyed plenty of world-class tennis over the years, with Cincinnati hosting a prestigious ATP Masters 1000 event (Western & Southern Open) and the campus of Ohio State University welcoming the Columbus Challenger since 2015, the city of Cleveland is back on the scene for the first time in more than three decades.

"The tournament is pretty good," said Rubin. "Besides the absolutely frigid temperatures that we're dealing with, it's really nice. The country club is great and everyone has been pretty accomodating. It's just about staying warm this week."

As the midwest United States is plunged into a deep freeze thanks to a polar vortex descending from the arctic, players are benefitting from perfect conditions at the indoor Cleveland Racquet Club.

While Kozlov fell on Wednesday, Blanch, Giron and Rubin all punched their tickets to the third round. Blanch will face Rubin in a blockbuster clash, while Giron, who claimed his maiden Challenger crown to kick off the season in Orlando, battles Jeffrey John Wolf.