It was the moment Federico Coria had been waiting for his entire career. So when it finally arrived, the Argentine did not hold back with his celebration.

Coria's emotions flowed over as he crossed the finish line at the St. Joseph's/Candler Savannah Challenger on Sunday, securing his maiden ATP Challenger Tour title. At the age of 27 and after nine years as a professional, he finally had his moment in the spotlight.

But this victory wasn't only special for the man from Rosario, Argentina. After all, tennis runs in his blood. With older brother Guillermo Coria, a former World No. 3 and one of the greatest players to ever hail from South America, watching from afar, 'Fede' had his own legion of supporters back home.

As a Paolo Lorenzi backhand return curled wide, he paid tribute to his mentor and idol, dropping to one knee and pointing to the sky. It was just like his older brother used to do in his Challenger days. Fede admitted that it was only fitting to acknowledge Guillermo after such a significant moment in his career.

"That celebration was for my brother, who is my idol. I grew up watching him and when he played Challengers he celebrated like that," said Federico. "So, I wanted to dedicate this win to my brother, my idol. Because of him, I play tennis."

Federico first appeared in a Challenger main draw in 2013, but was never able to put together a complete week and lift a trophy. That is, until now. Not only did he refuse to drop a set en route to his first final appearance, but he claimed his biggest scalp along the way: a third round victory over top seed and World No. 93 Tennys Sandgren.

In the championship, the Argentine withstood a stern test from Lorenzi, who was bidding for his 22nd Challenger title. He would save five of eight break chances to prevail 6-3, 4-6, 6-2 after two hours and 32 minutes.

"It feels amazing. I thought I played very aggressive. He has a lot of experience, but I played my game on my favourite surface. This is an incredibly important moment in my career. It was a physical match, but with the people cheering for me, I was able to win the title.

"I actually woke up early in the morning and couldn't go back to sleep. I was feeling nervous. But I came out with a very aggressive plan. I didn't want to lose a single point. In the end, it was a battle of nerves. I am really happy with my performance in my first final."

Coria wasn't the only player to carry the family torch on the U.S. clay. One week ago, Emilio Gomez, son of former World No. 4 and 1990 Roland Garros champ Andres Gomez, also earned his maiden Challenger crown. Also aged 27, Emilio took the title at the Tallahassee Tennis Challenger after reaching his first final just weeks prior in Monterrey, Mexico. 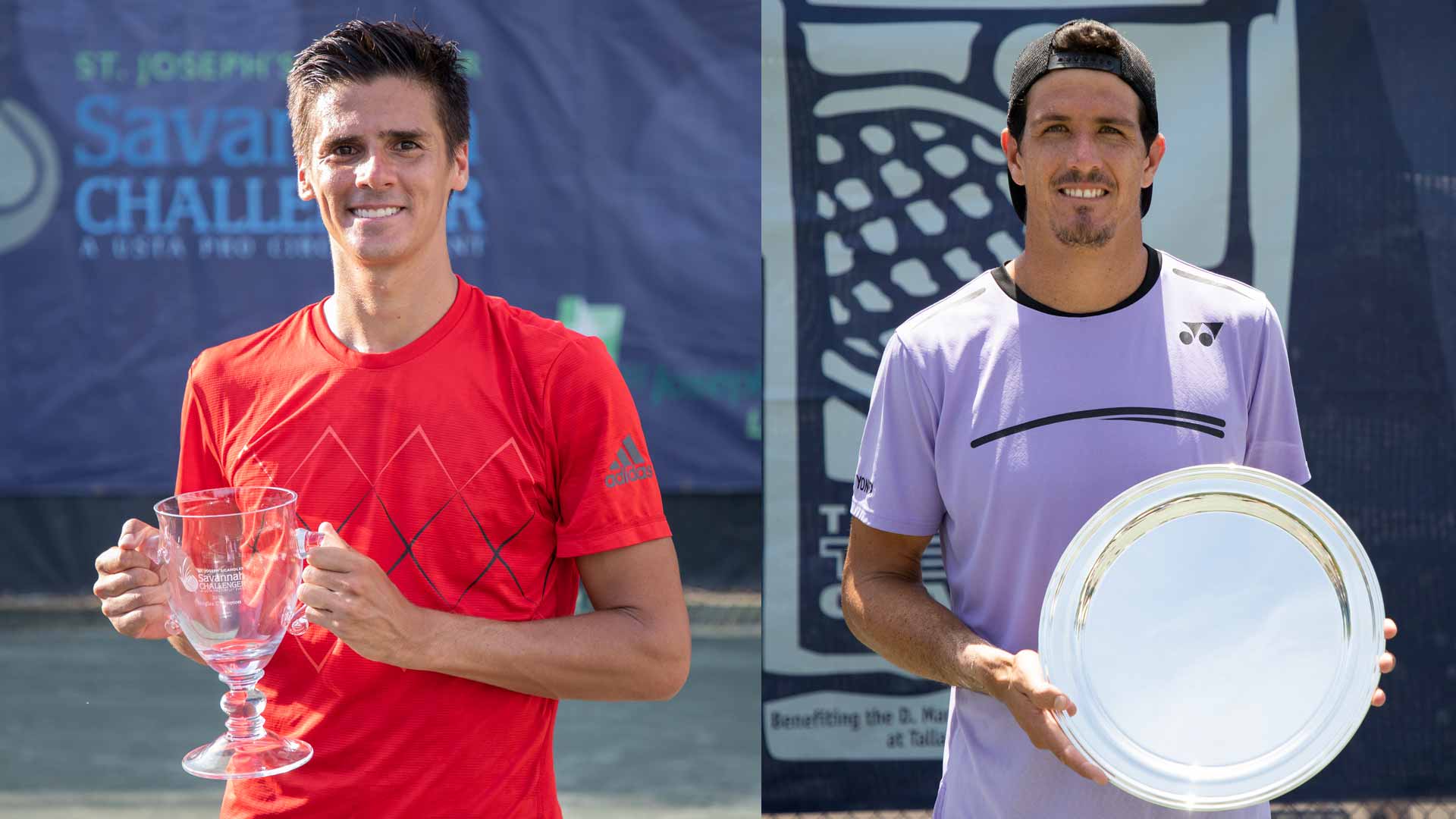 The first Challenger champion from Ecuador since Giovanni Lapentti in 2011, he broke into the Top 200 for the first time with his maiden triumph, peaking at No. 197. Coria, meanwhile, sits at a career-high No. 216, rising 50 spots after lifting the trophy in Savannah.