For Coric, The Fewer The Goals The Better

It's helpful to have goals, the right goals, that is. The past two seasons, Borna Coric has followed the much-discussed goal-setting process. He's written them down, focused on them throughout the year and, at the end of the season, tracked how close he came to achieving them.

But Coric, who beat Kevin Anderson on Thursday at the BNP Paribas Open in Indian Wells, wasn't hitting his marks. For instance, he wanted to climb inside the Top 20 of the ATP Rankings. But to this day, his career-high is No. 33, which he last reached two and a half years ago, on 14 September 2015.

So this year, Coric scratched the whole idea. No more goals, and especially no more goals about ATP Rankings. This year, he decided, he would focus on only one thing: Improving his game.

“I'm going to work on my game and we'll see where it's going to get me,” Coric said.

So far, it's gotten him to a place he had never been before in his career. The 21-year-old Croatian came back from a break down in the third set against the 6'6” Anderson, who had been broken only once during his first three matches in Indian Wells (38/39), to advance to his first ATP World Tour Masters 1000 semi-final 2-6, 6-4, 7-6(3).

Coric's improved even-keel mindset, developed with his new coaching team of Riccardo Piatti and Kristijan Schneider, also helped the 2017 Next Gen ATP Finals semi-finalist make the last four in the Coachella Valley. After Anderson sprinted through the first set, Coric didn't beat himself up, as he might have in the past. Instead, he broke Anderson to start the second.

“I just was looking at some of my matches, and I was talking with Riccardo and talking with my team, and, also they told me, 'You can't have those ups and downs. It's not helpful for your tennis, not good for you',” Coric said.

For the first time in a while, Coric has had the same voices in his box for an extended period of time. Thirteen months ago, the Croatian was starting a new partnership with Ivica Ancic after splitting with Miles Maclagan in 2016.

But Coric, who had also worked with Zeljko Krajan and Thomas Johansson, sounds pleased to have found the right scenario with Piatti, who won't travel to every event; Schneider, who will travel to most tournaments; and countryman Ivan Ljubicic as his manager. 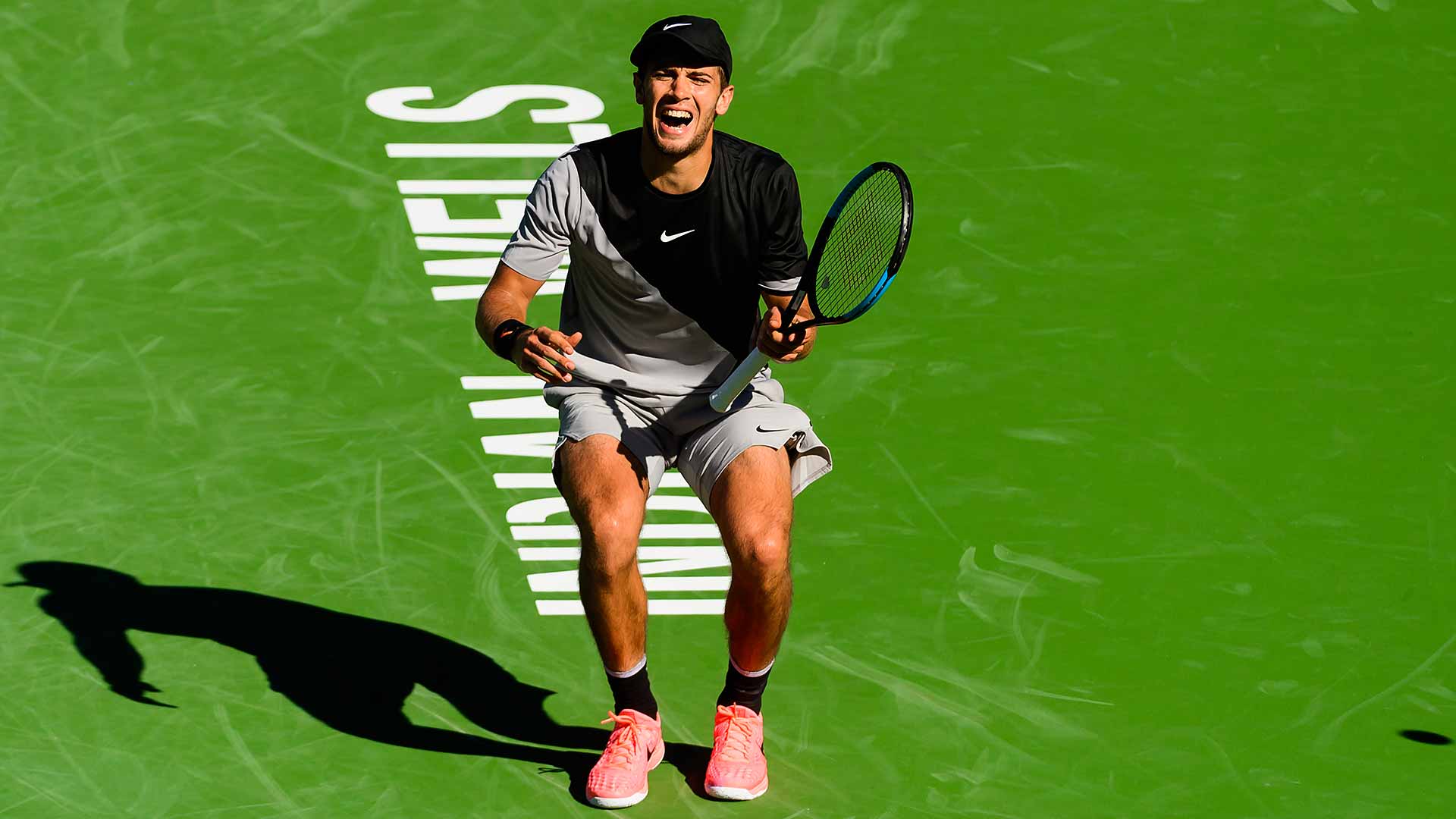 “It was not beneficial. I cannot say it affected me. I cannot blame anyone else for my bad results. But for sure it's not beneficial,” Coric said of frequently changing coaches. “Obviously if you're working with someone for six months in one way, trying to build up your game in that way, and then someone else comes and tries to tell you something completely different, so you need to change again just to build up... It's not easy.”

This week in California, Coric has made it all look easy. The 6'1” right-hander raced through his first three matches, losing only eight games in his first six sets against Donald Young, Dubai Duty Free Tennis Championships titlist Roberto Bautista Agut and Pablo Cuevas of Uruguay. Coric ended the run of home favourite and #NextGenATP American Taylor Fritz in another third-set tie-break to reach the quarter-finals.

The Croatian prefers playing under the spotlight and the attention that comes from winning at Masters 1000 events. In 2016, at 19 years, 9 months, he became the youngest Masters 1000 quarter-finalist since Novak Djokovic in 2006. Now he's two wins away from becoming the first player outside of the “Big Four” – Djokovic, Roger Federer, Rafael Nadal and Andy Murray – to win the BNP Paribas Open title since Ljubicic in 2010.

“I love the big stage,” Coric said. “I love all the buzz. When these kinds of matches are [happening], I love it. I love it.”