Borna Coric and Stefanos Tsitsipas watch on as a man swallows a sword in Zhuhai at Lionsgate Entertainment World.

Andrew Eichenholz
This article contains:
Tsitsipas is the top seed and Coric the fourth seed at this ATP 250 event

Editor's Note: ATPTour.com is resurfacing features to bring fans closer to their favourite players and tournaments. This story was originally published on 25 September 2019.

Typically it’s the stars of the ATP Tour who entertain a city’s people at tournaments throughout the world. But on Wednesday, a Zhuhai attraction entertained top seed Stefanos Tsitsipas and fourth seed Borna Coric ahead of their debuts at the Huajin Securities Zhuhai Championships.

The Top 15 stars visited Lionsgate Entertainment World, a new theme park in Zhuhai where visitors can enjoy virtual reality experiences. And not only that, but the two former Next Gen ATP Finals qualifiers watched as an entertainer swallowed a sword and a metal ball.

“I was actually shocked. I’ve seen that on YouTube but I never thought I would be able to see it live,” Tsitsipas said. “This man, I can say he has guts.”

Coric had never been to a place like this before. But the Croatian, who faces Chinese wild card Di Wu in the second round on Thursday, was stunned by what he saw.

“This was definitely one of the most cool experiences I’ve ever done. All of these things, the ball and the sword, I never thought I’m going to see something like that,” Coric said. “I can say that it was pretty awesome and I enjoyed my time there.”

As the pair toured the facility, they partook in various virtual reality activities in which they made motions that were replicated in a game. In one case, they hopped on a motorbike that remained still, but virtual reality goggles made it feel as if they were actually riding around. 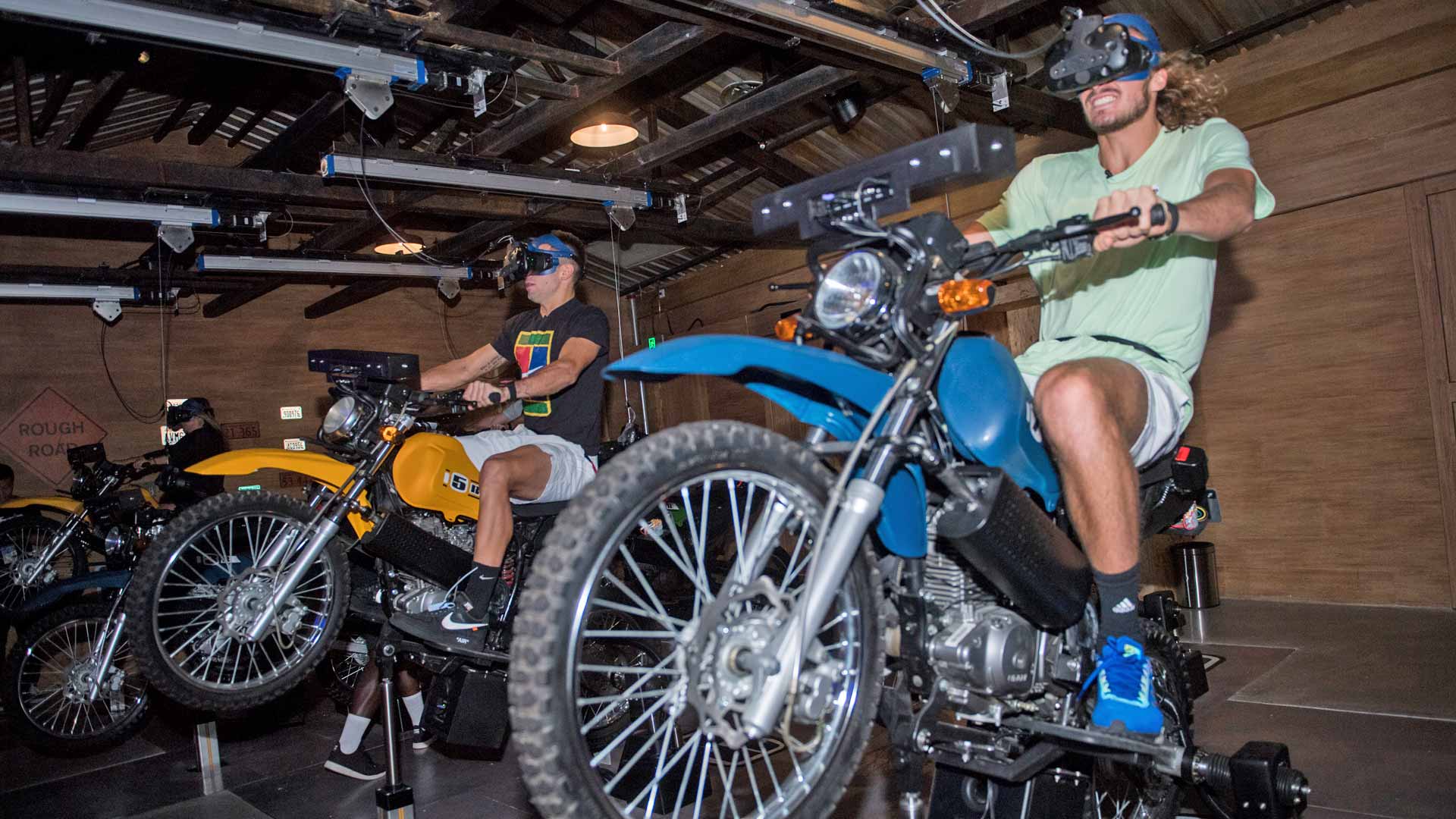 “I really liked the experience of the VR. In some parts I thought it was a bit blurry, but despite that it was still a very nice way to feel things from a different perspective,” Tsitsipas said. “The motorbikes made it feel super realistic, all the vibrations and all the movements. I might try it again in the future.”

It wasn’t the first time Tsitsipas had tried his hand at virtual reality. But before he plays Frenchman Adrian Mannarino for a spot in the Zhuhai quarter-finals, this year’s Marseille and Estoril champion was happy to get out into the city and have fun with the experience.

“Our sport is a virtual reality itself, so I play it every single day of my life,” Tsitsipas said. “But I’ve tried it in the past a couple of times. It’s interesting to experience things that are virtual and you don’t have access to them, so I actually like it.”