Taylor Fritz showed great resiliency to move past Alex de Minaur Friday at the Rothesay International. In a 6-1, 6-7(5), 6-3 victory, the American was on course to run away with the match as he created two break points in the opening game of set two, but needed to dig deep to regroup for a final set.

The 2019 Eastbourne champion was at his best when dictating rallies behind booming serves and roped returns, but the scrappy De Minaur sunk his teeth into the match in the second set and found joy by dragging his opponent into longer rallies. After De Minaur locked down the tie-break with his water-tight ground game, Fritz freed up in the decider as he powered his way into the final.

"It's amazing," Fritz said of his return to the final. "I was having a bit of a rough start coming back from injury to the grass season, and then I came here and the first day I was here I just immediately felt like I was playing good tennis again. I just have a lot of confidence being here, obviously great memories, so I'm really excited to come back out and play for the title again."

The American bowed out in his opening match at both 's-Hertengobosch and Queen's Club before finding form this week.

Fritz did not drop serve in the semi-final, saving three break points in each of the first two sets before closing out the match behind a dominant serving performance in the decider. He finished with 13 aces and 35 winners after two hours and two minutes.

After improving to 3-3 in his ATP Head2Head series against De Minaur, Fritz will open his series with countryman Maxime Cressy in Saturday's final.

"We've never played but he's got a really good game suited for grass-court tennis," the third seed previewed, "and it'll be a lot different from the other matches I've played this week."

For the third straight match, Cressy extinguished the hopes of a British home favourite in Eastbourne. The American outlasted #NextGenATP Jack Draper 7-6(5), 6-7(2), 6-3 to reach the second ATP Tour final of his career. The two-hour, 41-minute victory follows straight-sets wins against top seed Cameron Norrie in the quarter-finals and Daniel Evans in the second round.

"Three matches in a row, it's getting tough," he said in an on-court interview, before addressing the British crowd. "Hopefully you guys are [cheering] for me tomorrow. Sorry guys, I apologise for this week. I know I made all the Brits lose, but thank you for a fantastic atmosphere... I'm very grateful for you guys." 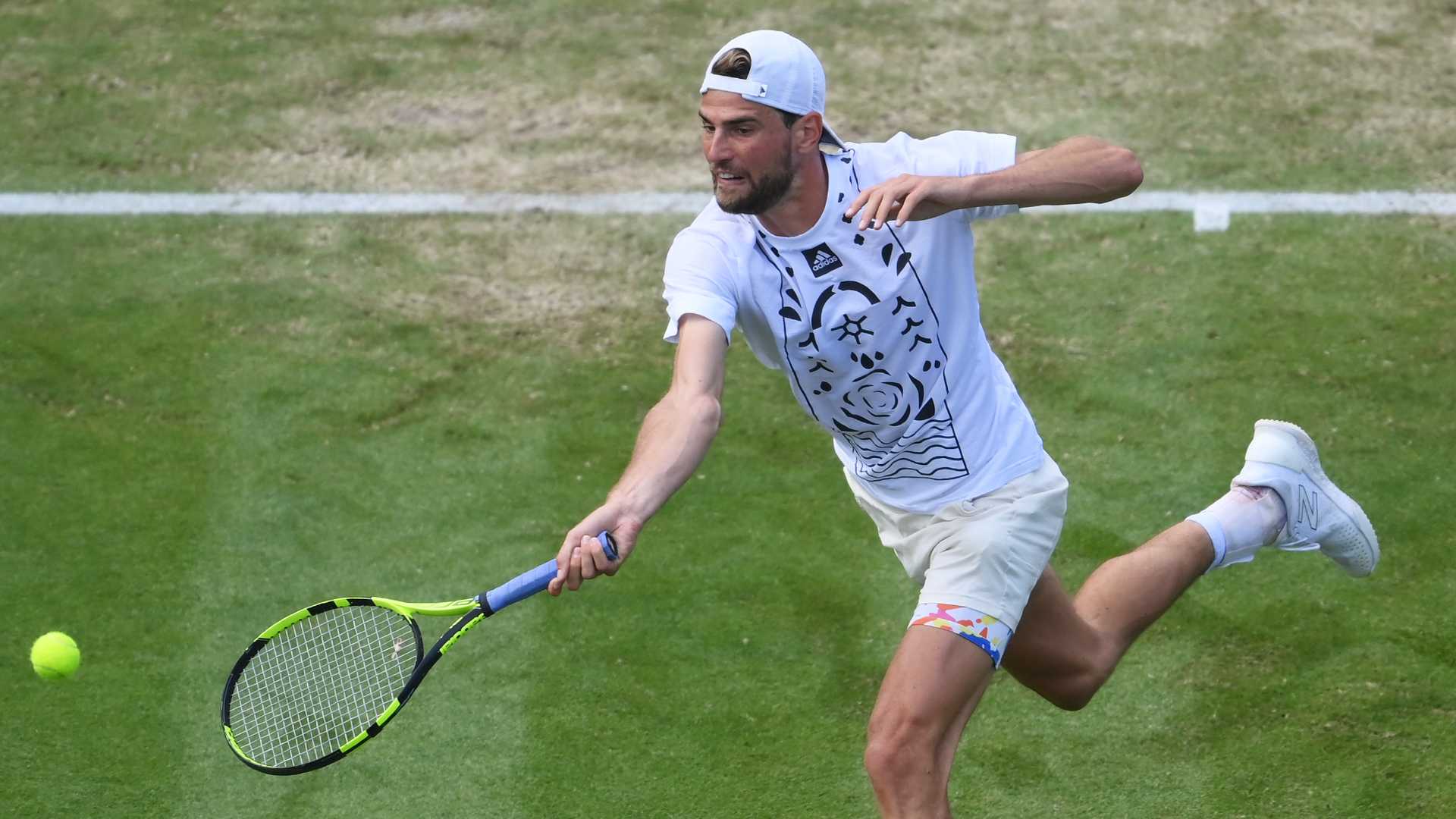 Cressy earned the first break of the match on his 10th chance to lead 4-2 in the third. But after facing just one previous break point, he had to save five in his last two service games as Draper dialled in on the return. The American dug deep to escape holes of 15/40 and 0/40 in those two games, rediscovering his serving touch at the crucial moments, and ultimately closed out the match by winning the five points in a row.

"It's a roller coaster," Cressy said of the nervy finish. "At 0/40... it's hard to describe the feeling, but I feel a lot of relief from that game. I'm incredibly happy and thrilled to be in the final here."

Cressy pressured Draper throughout the opening two sets, creating six break points, but found himself level with the 20-year-old after the Briton played an inspired second tie-break, buoyed by his home crowd. A dramatic final set included nine of the match's 16 break points, with Cressy's lone break proving the difference.

True to form, the 25-year-old charged the net at every opportunity and won 66 per cent (39/59) of such points. He frequently followed up big serves with volley winners, leading to an 81 per cent (57/70) win rate on first serve, including 21 aces.

The American received a medical timeout late in the second set for a lower-body issue, but responded well after dropping the tie-break to earn a chance to play for his first tour-level title. He reached his first final in January, when he put forth a strong effort in a 6-7(6), 3-6 defeat to Rafael Nadal.