ATP Staff
This article contains:
Croatia will play Russian Tennis Federation or Germany for the trophy

Novak Djokovic did double duty at the Davis Cup Finals once again Friday, but this time it was not enough to give Serbia a victory.

Nikola Mektic and Mate Pavic defeated Djokovic and Filip Krajinovic 7-5, 6-1 to complete Croatia's 2-1 triumph against Serbia, sending their country into the championship tie in Madrid. Croatia will face the Russian Tennis Federation or Germany for the trophy.

In front of Real Madrid star Luka Modric, Mektic and Pavic were cool under pressure. The Croatians grew stronger as the rubber went on, and after Djokovic missed a final forehand return, the year-end No. 1 FedEx ATP Doubles Team lifted their arms in celebration.

Djokovic won his singles and doubles (w/Nikola Cacic) rubbers in the quarter-finals against Kazakhstan. On Friday, he made a good start by claiming the No. 1 singles rubber against former World No. 3 Marin Cilic, but the Croatian tandem was too strong in doubles. 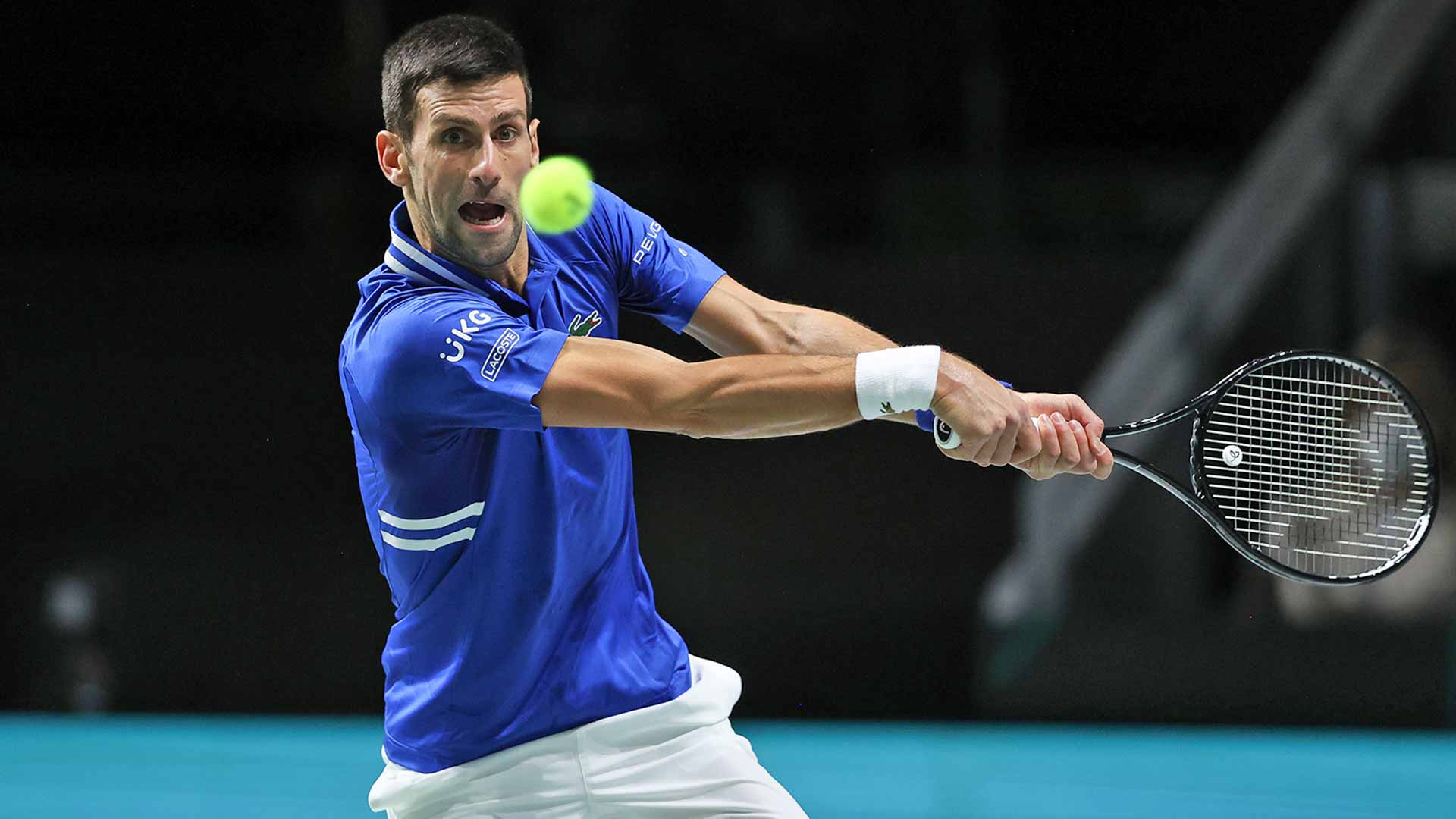 Photo Credit: Clive Brunskill/Getty Images
The 34-year-old saved all eight break points he faced against Cilic earlier in the day and hit 13 winners to overcome his opponent 6-4, 6-2 in one hour and 39 minutes.

“It was always going to be a tough match against Marin,” Djokovic said in his on-court interview. “The first set was over an hour, with some very close games. I saved myself. Winning the first set gave me a lot of confidence for the second set. It was a nervy start for both of us, we both knew the significance of this match.”

In the first match of the day, in the critical No. 2 singles rubber, World No. 279 Borna Gojo upset Dusan Lajovic 4-6, 6-3, 6-2 after two hours and one minute to give Croatia a 1-0 advantage. The 23-year-old, who has also beaten Alexei Popyrin and Lorenzo Sonego this event, won 77 per cent (36/47) of his first-serve points to triumph.