Lucas Pouille gives France a 2-0 lead in its Davis Cup semi-final against Spain on Friday.

Coric, Cilic give Croatia 2-0 lead against the United States

The defending champion, France, did not have it easy on Friday. But nevertheless, the country took a commanding 2-0 lead in its semi-final tie against five-time winner Spain in Lille.

French captain Yannick Noah’s decision to blood Benoit Paire paid off when the 29-year-old debutant overcame Pablo Carreno Busta of Spain 7-5, 6-1, 6-0 in one hour and 54 minutes. Paire struck 37 winners, including 16 aces, to give his country the early

And while there was not much between French No. 1 Lucas Pouille and Roberto Bautista Agut in the second rubber, it was Pouille who outlasted the Spaniard 3-6, 7-6(5), 6-4, 2-6, 6-4. Earlier this year in Dubai, Bautista Agut claimed the biggest title of his career by defeating Pouille in the final.

But the Frenchman, despite winning three fewer points in the match, struck 19 aces and 52 total winners en route to his three-hour, 41-minute triumph.

Croatia got off to the perfect start on Friday by taking a 2-0 lead over 32-time champion United States in the Davis Cup semi-finals. World No. 6 Marin Cilic and Borna Coric put the 2005 titlist in a strong position for a return to the final for a second consecutive year. 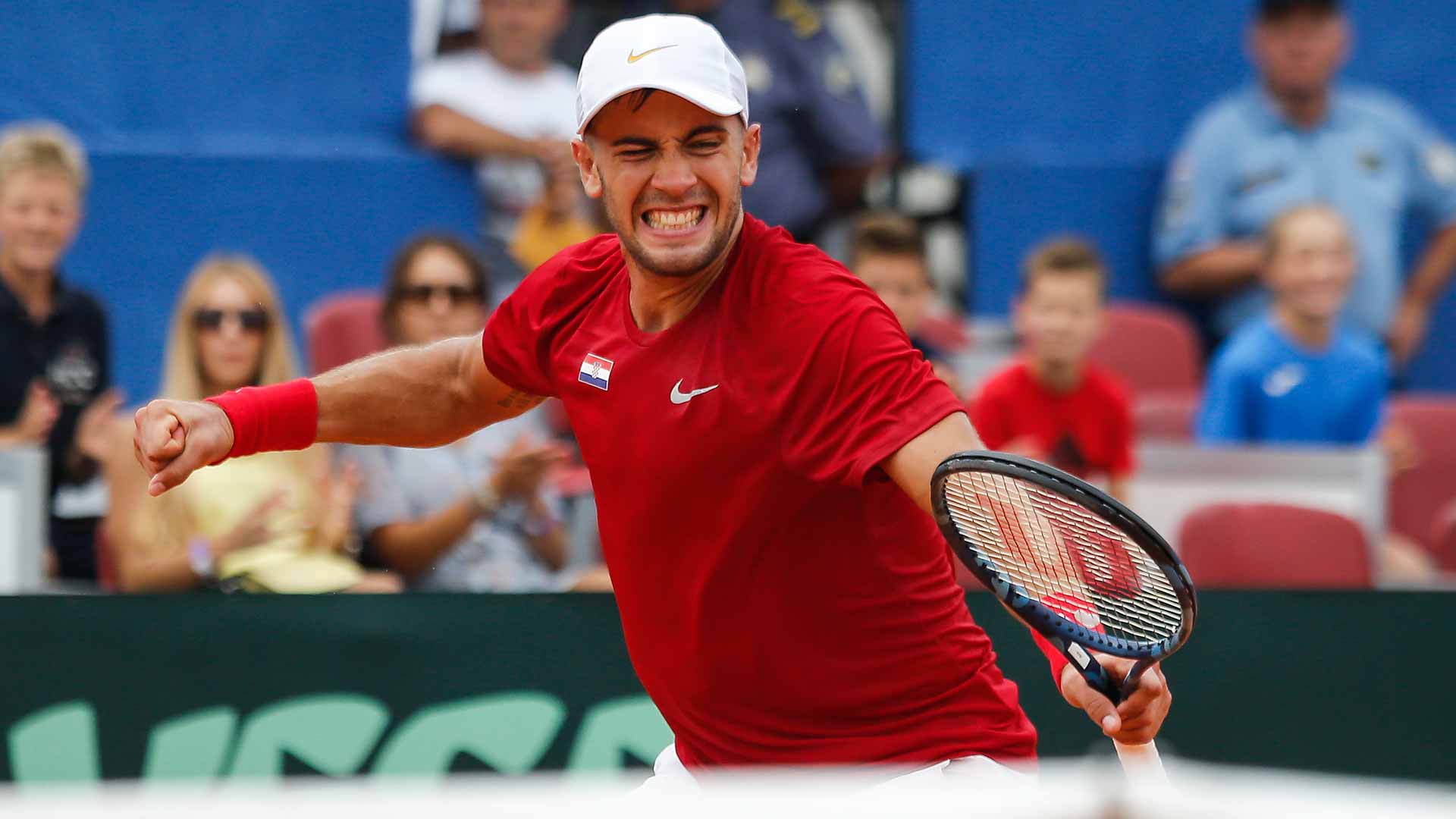 World No. 6 Marin Cilic capitalised on early nerves from #NextGenATP Frances Tiafoe, who is making his debut as the 141st player to represent the United States, to win 6-1, 6-3, 7-6(5) in two hours and 14 minutes. Cilic now has a 37-16 record in the competition, breaking a tie with Ivan Ljubicic (37-19) for most rubbers won for Croatia.

Borna Coric defeated American Steve Johnson 6-4, 7-6(4), 6-3 in two hours and 24 minutes in the first singles rubber in Zadar. The 21-year-old recorded his 30th match win of the season, hitting 23 winners and winning 81 per cent of his first-service points. He lifted his second ATP World Tour title at the Gerry Weber Open (d. Federer) in June.