Taro Daniel is the champion in Hamburg, claiming his second ATP Challenger Tour title of 2020.

A LOOK BACK
Tennis Challenger Hamburg presented by Tannenhof (Hamburg, Germany): Taro Daniel started well and he finished even stronger. In January, the 27-year-old kicked off 2020 with a title in Burnie, Australia, and on Sunday, he concluded his ATP Challenger Tour campaign with another crown. Daniel dominated in Hamburg to cap the season in impressive fashion. He routed Sebastian Ofner 6-1, 6-2 to lift the trophy.

It was the seventh Challenger title in total for the Japanese and his first indoor crown. After earning a pair of deciding-set victories to open the week, Daniel dropped a combined eight games to streak past the finish line. He needed just 70 minutes to blitz Ofner in Sunday's championship.

"I had a great week in Hamburg and kept developing my play," said Daniel. "Today I made it very difficult for my opponent and never let him get into the game. I am very happy and hope that I can take the momentum with me into the next tournament."

Under the tutelage of Sven Groeneveld, Daniel rises eight spots to No. 114 in the FedEx ATP Rankings. Two years removed from reaching a career-high No. 64, when he captured his lone ATP Tour title in Istanbul, the Japanese is mounting another charge towards the Top 100.

Two weeks after finishing runner-up to another Spaniard, Carlos Alcaraz, in Alicante, the 23-year-old was hungry to emerge with the trophy. He dropped just one set all tournament, concluding with straight-set wins over recent Iasi champion Carlos Taberner and recent Lisbon winner Munar.

"This title means a lot to me," said Martinez. "It was the icing on the cake to a good year. I have had a negative balance in Challenger finals, but to be able to win here in Spain gives me a lot of confidence. The truth is that I feel very satisfied." 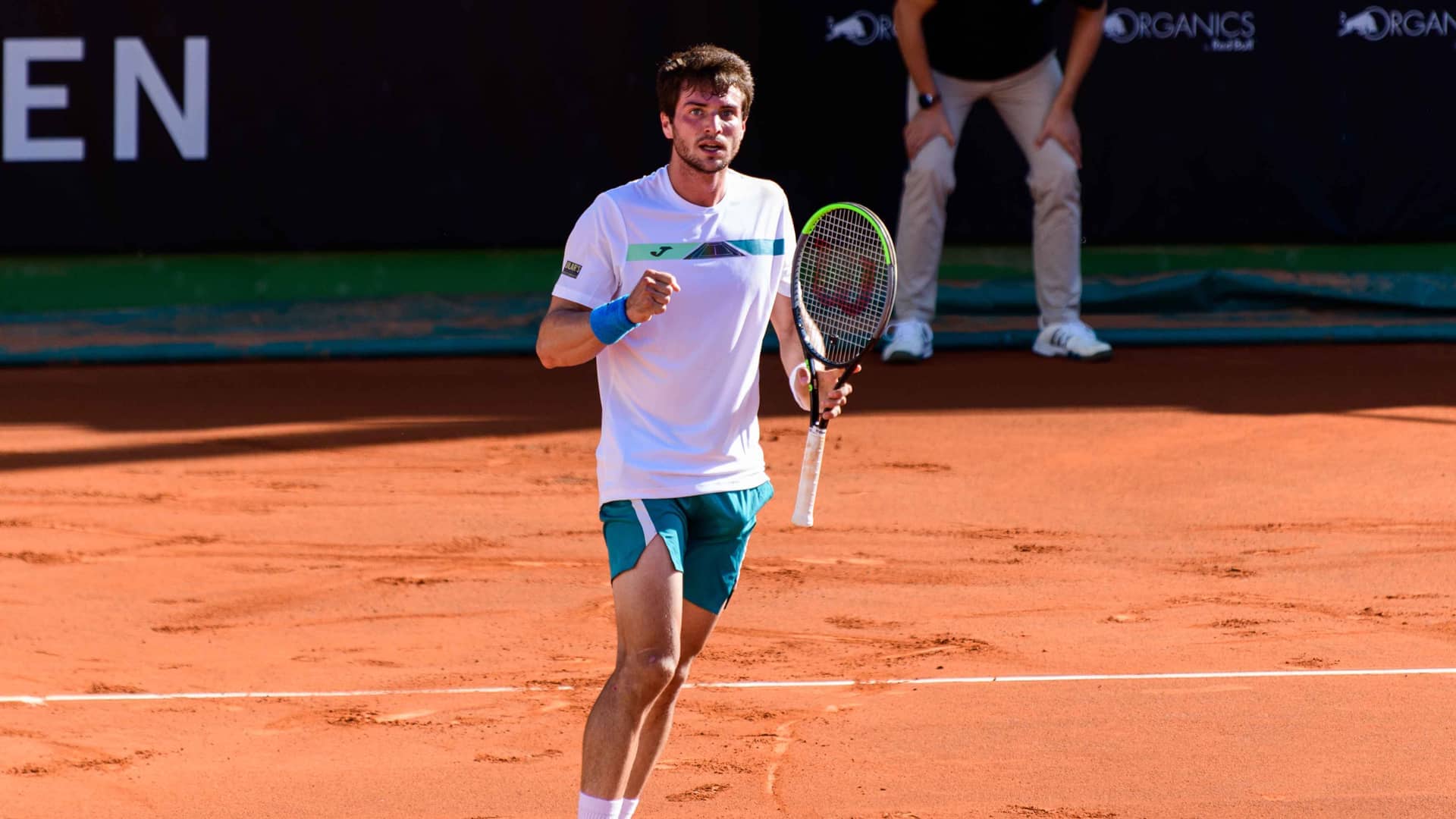 That 'negative balance' Martinez mentioned was a 1-3 career record in finals on the ATP Challenger Tour, entering the week. Two years after lifting his lone previous trophy on the circuit, in Bastad, the Spaniard made the most of his week in Marbella. He rises 11 spots to a career-high No. 82 in the FedEx ATP Rankings.

Martinez has been a breakout star since the tour's restart in August. He secured his first ATP Masters 1000 match win in Rome, where he also earned his first victory over a Top 50 opponent (d. Querrey). Then, the 23-year-old battled to the third round at Roland Garros as a qualifier to make his Top 100 debut. And he concludes his season in style, reaching back-to-back Challenger finals and lifting the trophy in Marbella. 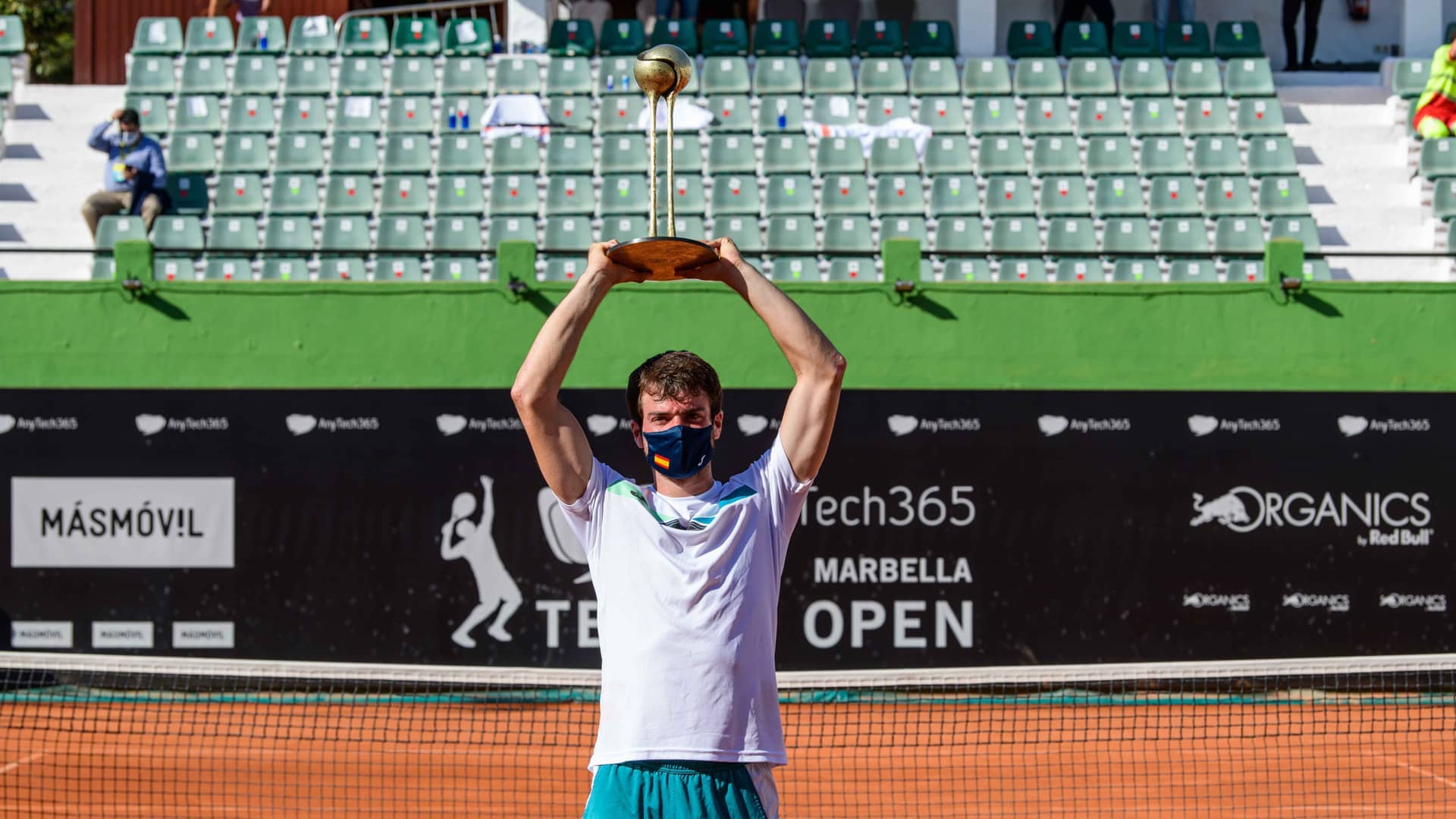 A LOOK AHEAD
Lorenzo Musetti returns on home soil in Parma, competing in his first indoor hard-court tournament since February. He is joined by top seed Gregoire Barrere, J.J. Wolf and a pair of fellow 18-year-olds in Giulio Zeppieri and Jack Draper.

The week's other tournament will be held on the carpet courts of Eckental, Germany, where Kamil Majchrzak leads the field. Alexei Popyrin is seeded second, while Ilya Ivashka and Evgeny Donskoy are also in action. Sebastian Korda will look to carry the momentum from a fourth-round finish at Roland Garros. The #NextGenATP star remains in search of his maiden Challenger crown.