David Goffin is one of only two male lucky losers to reach the fourth round of a Grand Slam since Dick Norman at 1995 Wimbledon.

Andrew Eichenholz
This article contains:
The Belgian provides exclusive insight into his 2012 run in Paris

David Goffin remembers it being difficult to study for school exams growing up because he’d want to watch Roland Garros on television. The Belgian’s family often made the three-hour drive to Paris to watch the clay-court major in person.

Little did Goffin know that his breakthrough as a professional tennis player would come at that same venue in 2012.

“It’s always a special place because the French Open is probably the biggest tournament we follow in Belgium,” Goffin told ATPTour.com this week. “When I played well in 2012, probably nobody knew me on the Tour and it was my first main draw at the French Open… it was the first time that people in Belgium saw me on live TV, so it was a big moment.”

Goffin became the first man since Dick Norman at 1995 Wimbledon to reach the fourth round of a Grand Slam as a lucky loser. He had not yet cracked the world’s Top 100, but Goffin certainly made a name for himself. 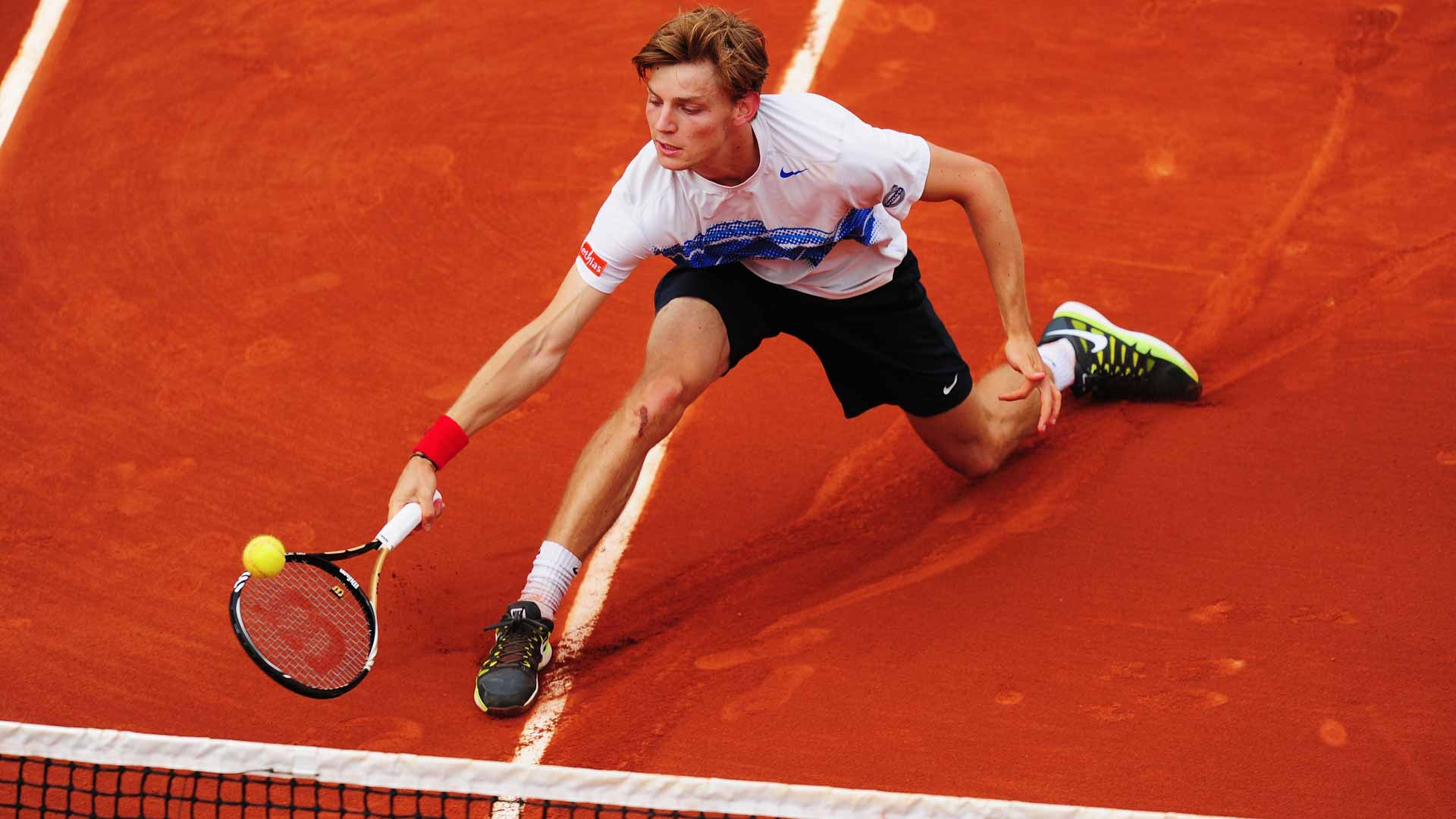 Growing up, the Belgian had posters of Roger Federer on his bedroom walls. It was fitting that the Swiss superstar was his opponent in the Roland Garros Round of 16. Goffin even won the first set against the third seed.

“I was really nervous because I felt that there was maybe an opportunity to get in my first main draw and the level was there,” Goffin said. “I lost a little bit my game that day mentally, and also physically, I was really tight. After that, I was so disappointed.”

You May Also Like: Exclusive: Goffin Prepares To Go For ‘The Big One’

Gael Monfils was struggling with a knee injury, forcing the Frenchman to withdraw from his home Slam. That gave Goffin his first major main draw opportunity. The Belgian would play 23rd seed Radek Stepanek.

“I knew he was a player with a lot of experience. Maybe the clay court is not his best surface, but I knew he would do everything on the court to win that match,” Goffin said. “I was just happy to be in the main draw. I had a lot of support, a lot of Belgians behind me. I enjoyed every moment in that match.”

That set a clash between the 21-year-old and 2001 Australian Open finalist Arnaud Clement, who was playing in his final Roland Garros. Goffin took a 5-1, 0/30 lead in the fifth set against the home favourite when, “it started to rain like crazy”, cancelling play for the day.

“During the night you can’t sleep well, you just imagine all the possible scenarios that can happen,” Goffin recalled. “The next day I came back for four points [to finish the match].”

“I saw [when I walked on the court] that it was packed full of Belgians, a lot of flags. The atmosphere on that court was just amazing and I remember it because I was the first player on the court and probably waited 10 minutes for Kubot,” Goffin said. “When he finally came on the court, all of a sudden, they started booing him!” 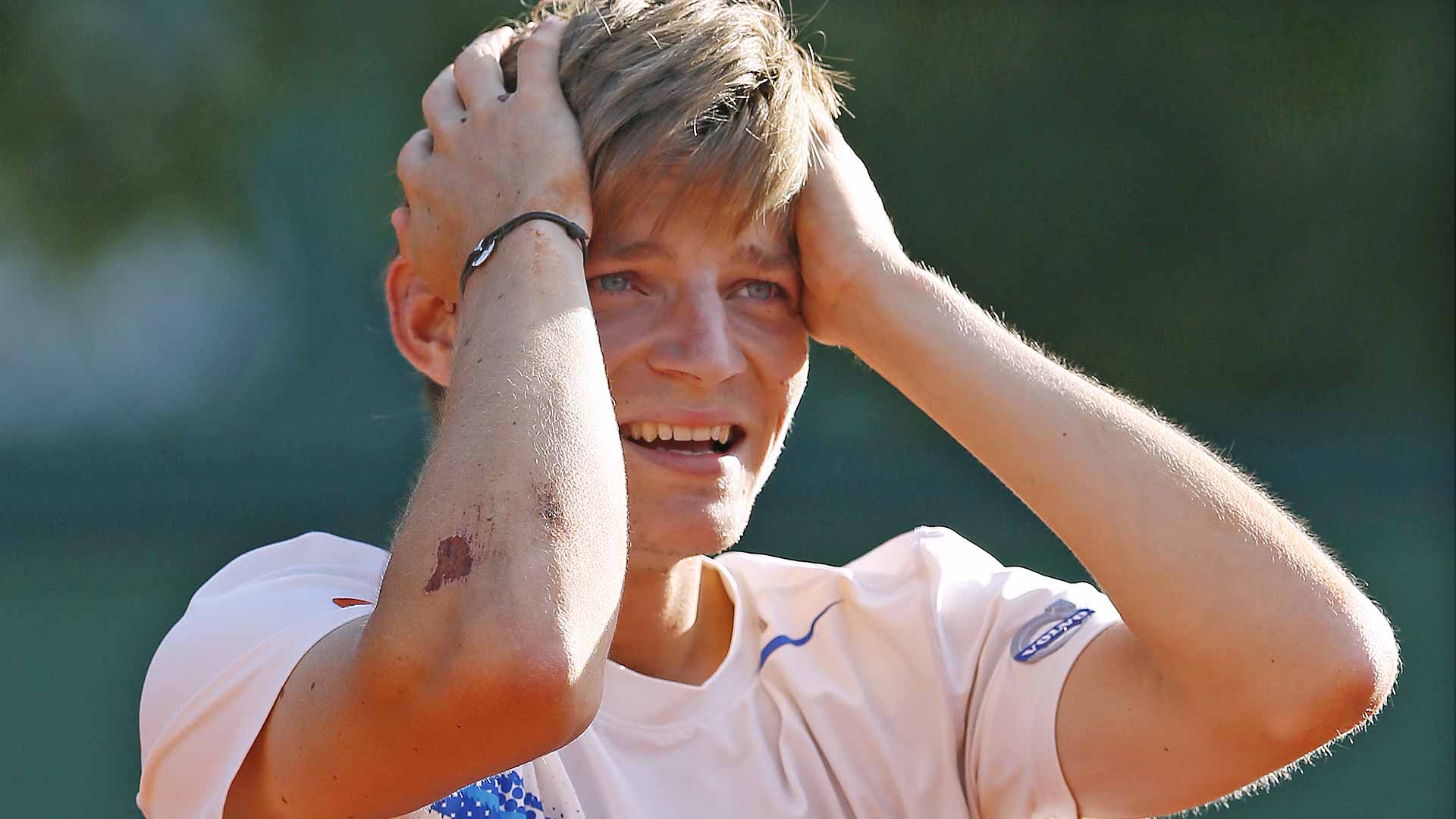 “[There were] a lot of [Federer] matches that I saw before playing him,” Goffin said. “I remembered all the racquets he had, all the outfits he had. I followed him very much. Every match I watched on TV.

“I was happy a little bit to see that I would play against my idol, but also I was super nervous because I was like, ‘Okay, I don’t know how it is to play against him.’... I was very tight until the first point of the match.”

It was tough for Goffin to focus on building a game plan because of the nerves, but he was fully focussed on getting off to a quick start.

“If you don’t start really well and then you’re really nervous and then you lose your first service game and it’s 2-0, 3-0, then it’s tough,” Goffin said. “Roger normally starts his matches really well.”

Goffin won the opening set 7-5, and kept the second set close. But in the back of his mind, he was thinking, “I have an opportunity, but he will do something magical, that’s for sure.”

Federer raised his level as the match went on, eventually triumphing 5-7, 7-5, 6-2, 6-4. Only one male lucky loser (Stephane Robert, 2014 Australian Open) has reached the fourth round of a major since.

Goffin’s accomplishments include climbing as high as World No. 7 and reaching the championship match of the 2017 Nitto ATP Finals. His breakthrough at 2012 Roland Garros went a long way to showing the Belgian what he was capable of.