Alex de Minaur will look to return to the Next Gen ATP Finals title match this week in Milan.

Top-seeded Aussie Alex de Minaur held off a determined Alejandro Davidovich Fokina on Tuesday at the Next Gen ATP Finals in Milan, winning eight of the last nine games to prevail 4-2, 3-4(5), 4-1, 4-1 in Group A.

"I just had to get in my head that I played a good second set. He just came up with big shots in big moments,” De Minaur said. “I had to move on and remember what I was doing well the whole match. I felt a lot more comfortable as soon as I got the break [in the third set].

"This year [in Milan] is completely different, not only the circumstances, but also who I am as a person. I’ve matured a lot on and off the court. Hopefully I can finish the year strong.”

De Minaur arrived in Milan at a career-high No. 18 in the ATP Rankings. The 20-year-old used the momentum from his runner-up finish at last year’s event (l. to Tsitsipas) to create a breakout season that includes his first three ATP Tour titles at the Sydney International (d. Seppi), BB&T Atlanta Open (d. Fritz) and Huajin Securities Zhuhai Championships (d. Mannarino). He further proved his mettle indoors by reaching the final two weeks ago at the Swiss Indoors Basel (l. to Federer). 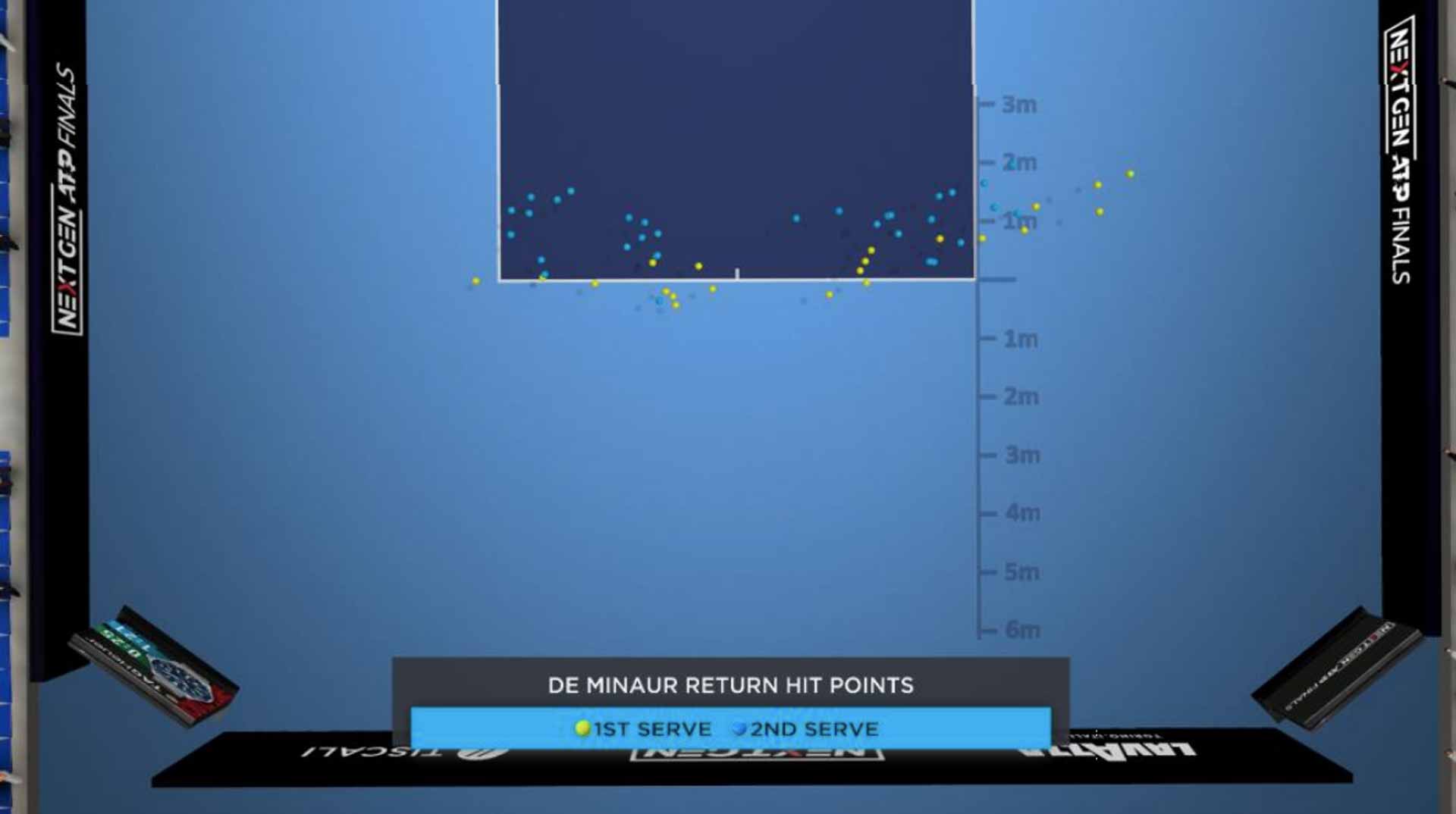 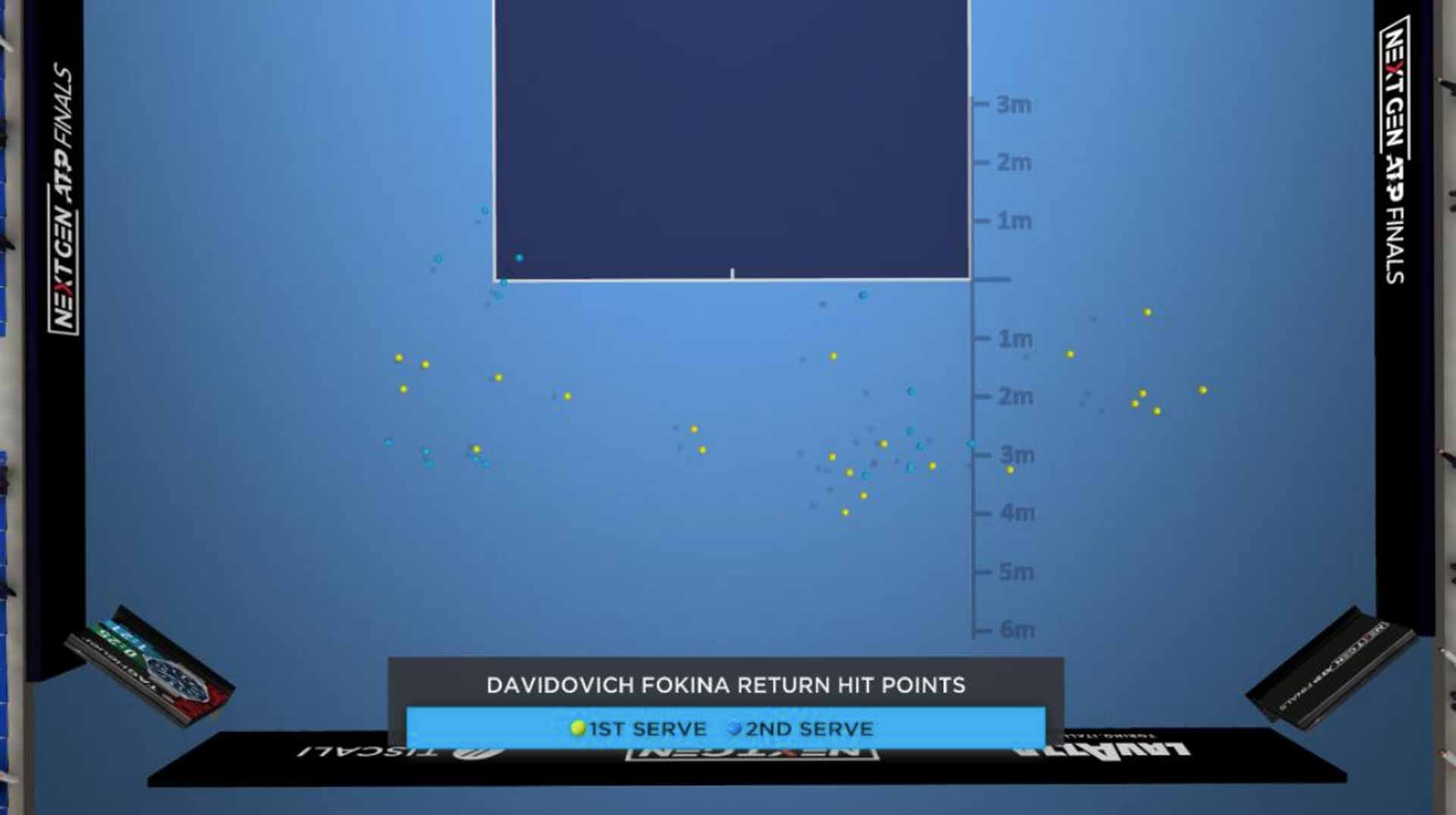 The Aussie's prior experience in Milan made him aware that the unique scoring format requires coming out in top form from the first ball. De Minaur did just that, breaking Davidovich Fokina in the third game of the match and using his slight advantage to coast through the opening set.

Davidovich Fokina refused to bow out quietly, though. The feisty Spaniard stayed on serve with De Minaur in the second set and made his move in the tie-break, cracking a heavy topspin backhand for a 3/2 mini-break advantage. Davidovich Fokina eventually earned a trio of set points at 6/3 and converted his final opportunity when the top seed pushed a forehand long.

The World No. 87 opened the third set by breaking De Minaur, prompting cheers from fans at the Allianz Cloud as a major upset suddenly seemed possible. But the top seed regrouped by breaking right back and hitting his shots with greater pace. The Aussie continued to push Davidovich Fokina well behind the baseline and was rewarded for his aggression, earning another break at 2-1 when a net approach pressured the Spaniard into sending a forehand lob long. The top seed comfortably took a commanding advantage with a big first serve on set point.

De Minaur continued his dominance in the final stages of the match, breaking his opponent twice more to prevail in one hour and 32 minutes. He proved to be especially dangerous when moving forward, prevailing in 14 of 17 trips to the net.

The Aussie joined Serbian Miomir Kecmanovic as the winners from Group A in Tuesday’s day session. Action in Group B kicks off in the night session, with Swede Mikael Ymer taking on Frenchman Ugo Humbert and second-seeded American Frances Tiafoe squaring off with Italian Jannik Sinner.