After establishing a 2-0 lead in singles on Friday, defending champion France booked its place in a second straight Davis Cup final on Saturday in Lille.

Julien Benneteau and Nicolas Mahut fired 27 winners to overcome Spain's Marcel Granollers and Feliciano Lopez 6-0, 6-4, 7-6(7) at the Stade Pierre Mauroy. The Frenchmen won 81 per cent of first-serve points throughout the two-hour, three-minute contest to reach their fourth final in nine years and 19th championship match overall.

The 10-time champion narrows its head-to-head deficit against Spain to 3-6 and will face Croatia or the United States in the final, to be held from 23-25 November.

With Croatia bidding to earn an unassailable 3-0 lead after winning both singles matches on Friday, Bryan and Harrison started well, edging the first two sets to take control of the third rubber. But Dodig and Pavic responded well with home support at the Sportski centar Visnjik, levelling the match at two sets all with impressive serving. 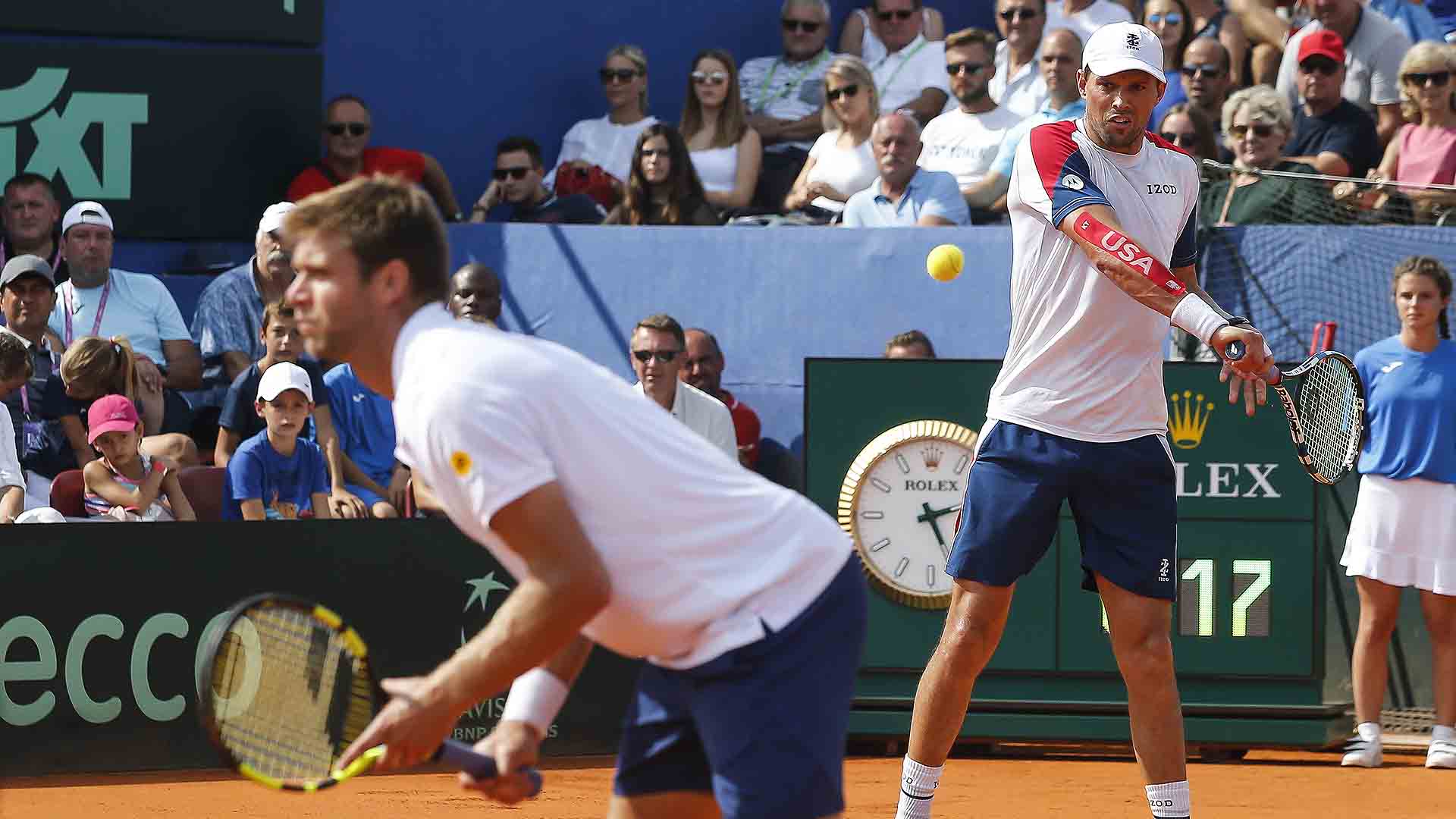 The Americans were not to be denied however, clinching victory after four hours and 43 minutes in a fifth-set tie-break to push the tie into a live third day of action. Bryan, who improves to 27-5 in Davis Cup doubles, and Harrison saved eight of 13 break points and landed 68 winners en route to victory.

The United States are attempting to defeat Croatia for the first time in five Davis Cup meetings. Croatia has overcome the 32-time champion in each of their four previous clashes between 2003 and 2016.