Borna Coric rallies from two sets to one down to beat Frances Tiafoe in the Davis Cup World Group Semi-finals on Sunday.

On Saturday, Ivan Dodig and Mate Pavic came within two points of securing a 3-0 victory for Croatia at the Sportski centar Visnjik. But Mike Bryan and Ryan Harrison kept the United States' slim hopes of a first Davis Cup final appearance since 2007 alive with a fifth-set tie-break triumph.

Those slim hopes became a distinct reality on Sunday, with heroic performances from Sam Querrey and Next Gen ATP Finals contender Frances Tiafoe. After a late change in nomination, Querrey rallied from a set down, winning 84 per cent of first-serve points, to beat World No. 6 Marin Cilic 6-7(2), 7-6(6), 6-3, 6-4 and level the tie at 2-2.

In the second set tie-break, Querrey won seven straight points from 1/6 down, saving five consecutive set points, to tie the match before completing the upset after three hours and 11 minutes.

But Querrey's efforts were matched by Croatia's Borna Coric, who produced his own standout performance to overcome Tiafoe in five sets. Coric, the Gerry Weber Open titlist, who led Tiafoe 4-0 in the third set, rallied from two sets to one down to outlast the 20-year-old 6-7(0), 6-1, 6-7(11), 6-1, 6-3 in four hours and six minutes.

Croatia will meet defending champion France, for the third time in their head-to-head history (1-1), in the Davis Cup final, to be held from 23-25 November. Interestingly, the two nations also contested the World Cup final in July in Russia, with France emerging victorious.

With France securing an unassailable 3-0 lead on Saturday, Spain restored its pride in Lille with back-to-back reverse singles wins on Sunday. 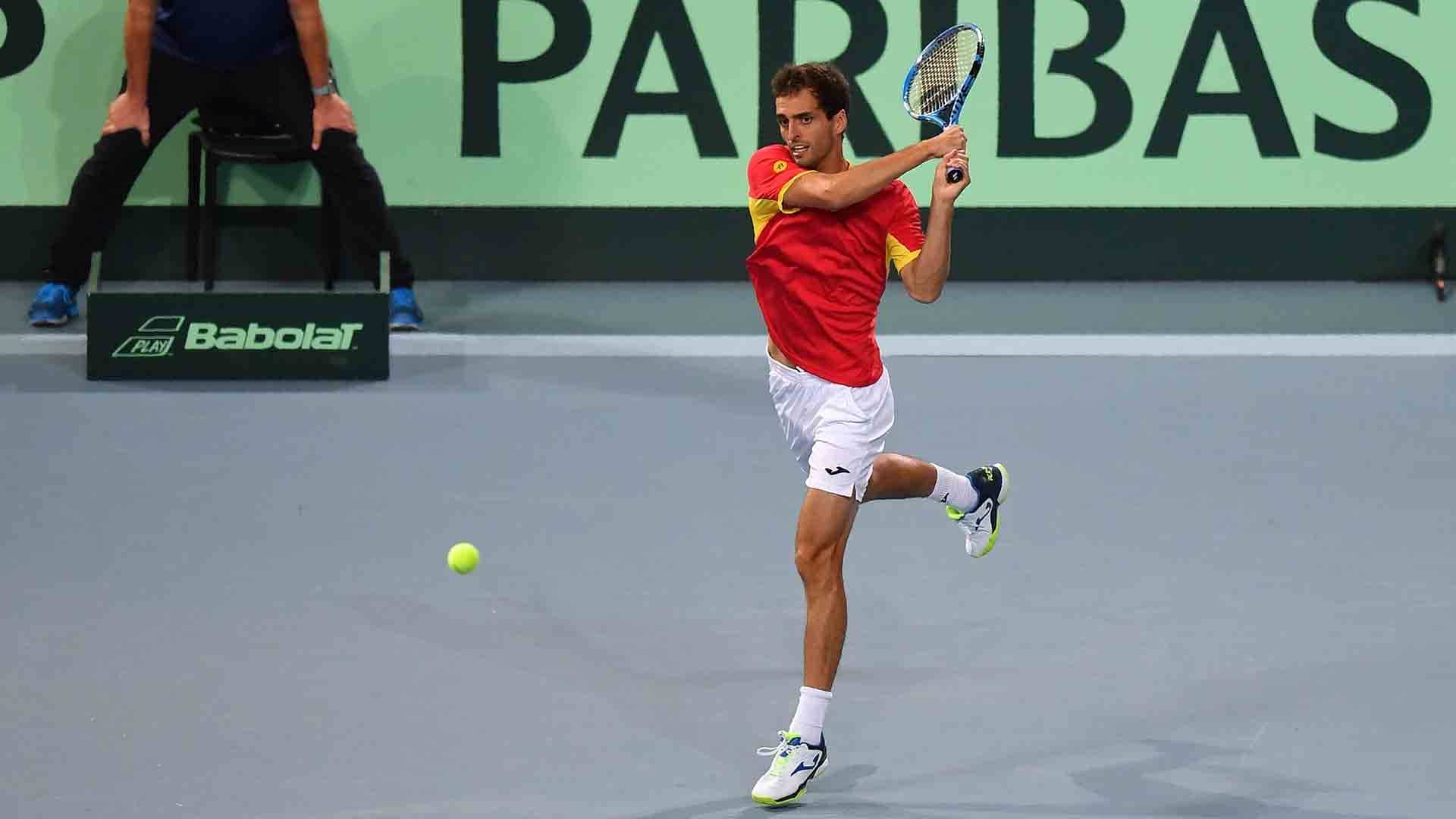 Albert Ramos-Vinolas scored the visitors' first point, recovering from a set down to beat Richard Gasquet 1-6, 6-4, 14-12 before Marcel Granollers doubled Spain's tally in the final rubber of the tie. The Barcelona native also rallied from a set deficit, defeating Nicolas Mahut, who captured the decisive third point for France on Saturday, 6-7(2), 6-3, 13-11.