Australian star to next challenge Bublik

Alex de Minaur fought hard to reach his eighth ATP Tour final on Tuesday at the Antalya Open. The fourth-seeded Australian recorded his second straight win over second seed David Goffin of Belgium 6-4, 3-6, 6-2 in one hour and 52 minutes.

"I knew it was going to be a tough match, and I'd be under pressure when serving," De Minaur told ATPTour.com. "I had to reset and go back to my game plan and my strengths after I lost the second set. I won some tough rallies in the third set and that helped me out for sure."

The 21-year-old De Minaur, who lifted three trophies in 2019 at Sydney, Atlanta and Zhuhai, will next face eighth-seeded Kazakhstani Alexander Bublik for the first time. Bublik beat Jeremy Chardy of France 6-4, 6-7(5), 6-3 in the second semi-final.

"Alex can beat any player on any given day and he has lots of firepower," said De Minaur. "So I will need to rest and prepare well ahead of the final."

World No. 23 De Minaur broke serve immediately and ran through the 43-minute first set, losing just three of his service points. But No. 16-ranked Goffin turned the tables by winning the first three games of the second set. De Minaur broke for a 3-1 advantage in the decider, but Goffin responded only to lose the momentum.

“I didn’t start really well and I didn’t serve well at the beginning,” said Goffin. “From 0-2 down, I didn’t lose my serve until 1-2 in the third set. It was much better, and I was playing well — more offensive. There were long points in the third set and it turned his way. I am pleased to have played four matches this week. I was nervous at the start of the tournament, so it’s very positive and my attitude has been good.”

Goffin, who is working with new coach Germain Gigounon, had been bidding to advance to his first ATP Tour final since August 2019 at the Western & Southern Open. He saved five match points to beat his doubles partner, Pierre-Hugues Herbert, in the Antalya Open first round on Thursday last week. 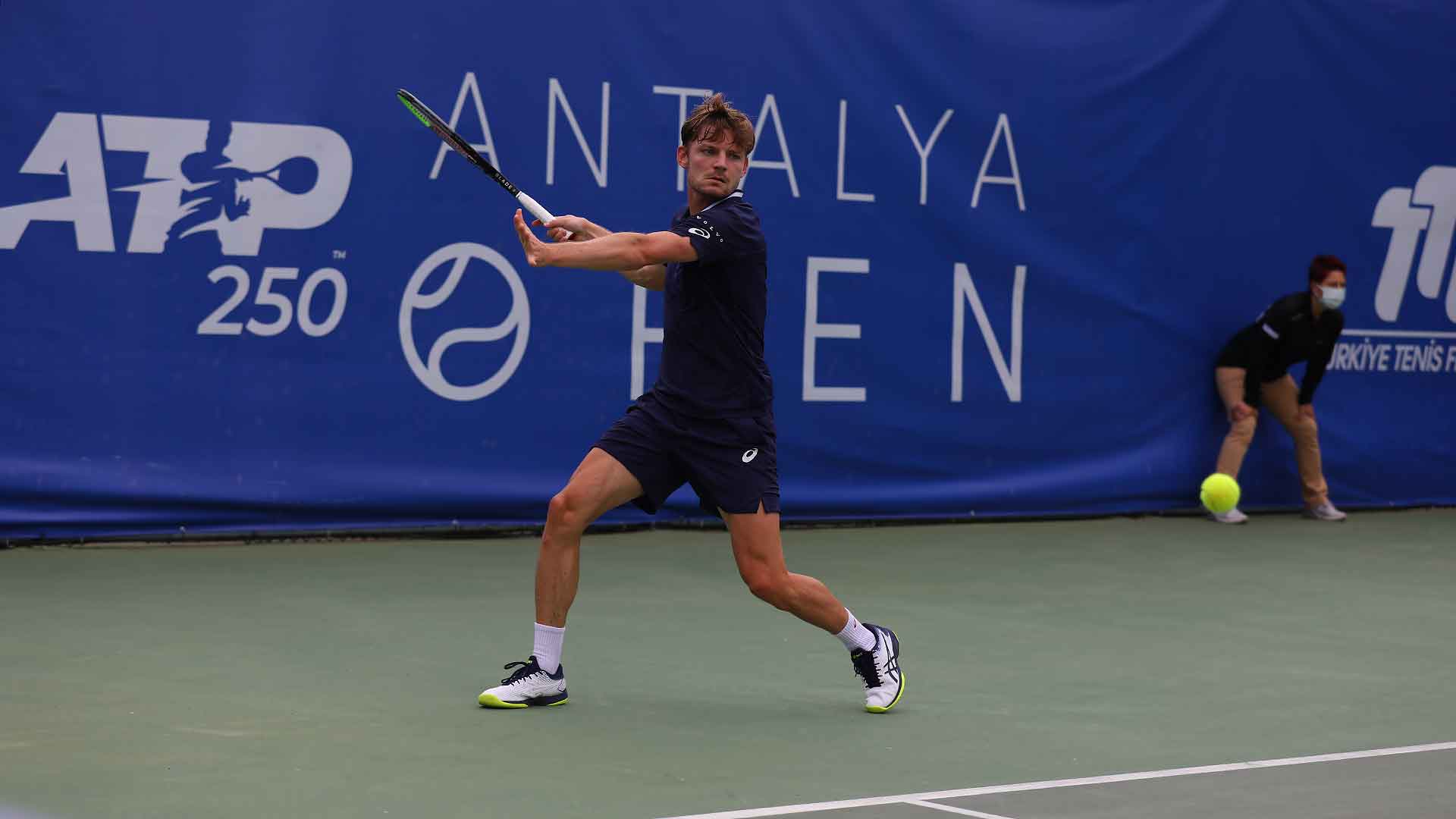