Alex de Minaur is currently second in the ATP Race To Milan.

Jonathon Braden
This article contains:
Aussie looks to continue his success from the Australian summer

He has the same “I-can-win-any-match” attitude. He pounds his chest with similar enthusiasm after big wins, and Alex de Minaur's tennis still thrives best when saturated with emotion.

But the 18-year-old Aussie, who, for the second year in a row, delighted his home fans during the Australian summer, believes he's a different player than he was in 2017, when he earned his first tour-level wins in January.

De Minaur is stronger – physically and mentally – than he was 12 months ago, and he carries with him the experiences of his first full season as a professional tennis player, a year that saw him start strong in his home country but not win another tour-level match after January. 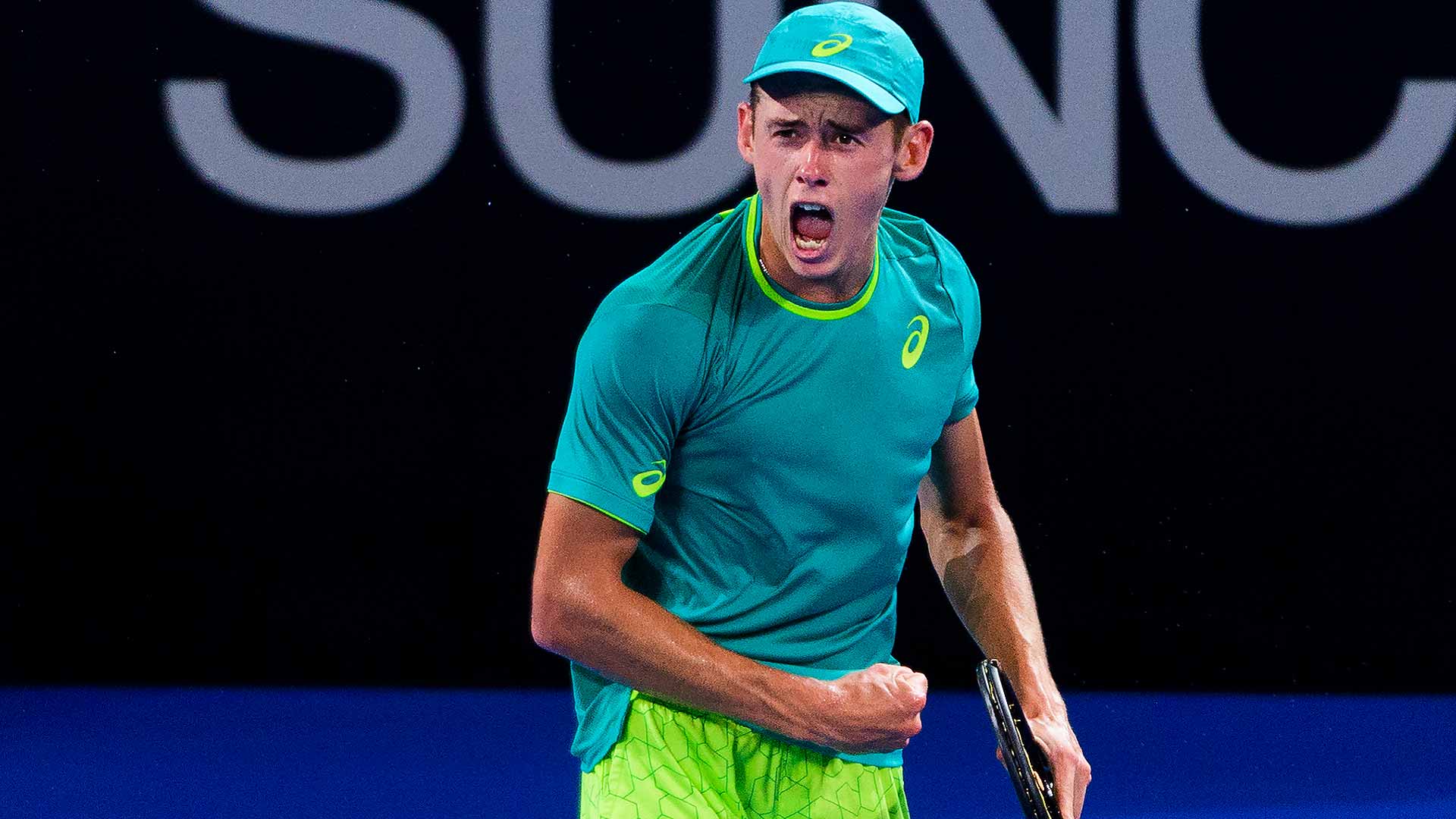 “I think it's more of just believing in myself. I have been bringing out this level but just not sustaining it. Now I have seemed to find my way and am sustaining it and playing a lot of good matches in a row,” said de Minaur, who started 2018 7-3 in Brisbane, Sydney and Melbourne.

The 18-year-old has convinced a continent of that. He checked off a trifecta of accomplishments last year in Australia that can take years for some players to achieve. De Minaur qualified for his first tour-level tournament (Brisbane International presented by Suncorp); he earned his first tour-level win (Sydney International, d. Paire); and at his home Grand Slam, the Australian Open, he celebrated his maiden Slam victory (d. Gerald Melzer).

This year, while facing the pressure of trying to back up those results, de Minaur improved at almost every tournament. The 5'11” right-hander made the semi-finals in Brisbane, beating two-time ATP World Tour titlist Steve Johnson before sweeping former World No. 3 Milos Raonic, the 2016 Brisbane champion (d. Federer). In Sydney, de Minaur played for his first ATP World Tour title, falling to Russian Daniil Medvedev in three sets.

Read More: With Hewitt By His Side, #NextGenATP de Minaur Is Full Of Confidence

“It's great to see that I've got the level to beat these guys, and make back-to-back great results. That's something I was really trying to work on from last year, and to be more consistent, and I felt like I proved myself there in that aspect these two weeks,” he said.

A countryman who knows everything about belief and self-confidence has aided de Minaur's maturation. Former World No. 1 Lleyton Hewitt has been a steady voice for de Minaur, helping the teenager navigate day-to-day life on the ATP World Tour. 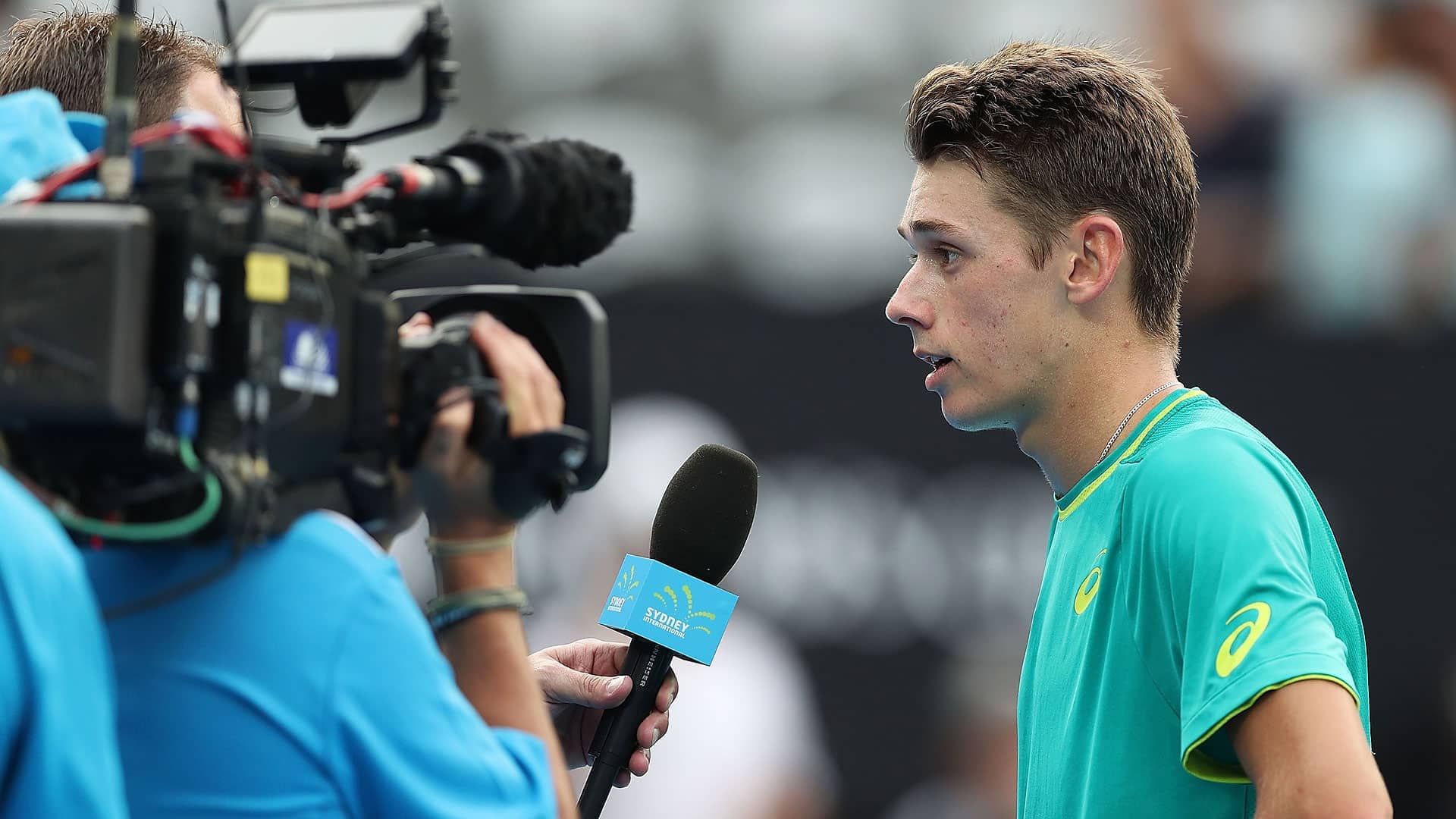 “He's obviously been through everything that tennis has to offer, so he knows how to deal with so many different scenarios... how to deal with expectations and pressures and, just playing big guys. It's all there. He gives me a lot of advice, and the only thing I do is take it all in,” de Minaur said.

The Aussie also credited his coach, Adolfo Gutierrez. The two train together in Alicante, Spain, where de Minaur views every practice as a chance to improve his evolving game. “Every day is another chance to get better,” he said.

If the Sydney native can keep improving, he will find himself among the ATP World Tour's elite 21-and-under players at the end of the season. De Minaur, with 240 points, is currently second in the ATP Race To Milan, which will determine seven of the eight players who compete at the Next Gen ATP Finals in Milan. Last year's champion, Hyeon Chung of South Korea, just reached the semi-finals at the 2018 Australian Open (ret. v. Federer).

See Who's Leading The ATP Race To Milan

“It's still very early but I'm just focusing match by match, point by point. I don't really want to get too ahead of myself,” de Minaur said.

“It's all about me believing... I think that's finally happening and I'm very proud of even all the work I'm doing off court as well. That's, I think, really helping me on court and you can see the results now.”