Jordan Thompson is into the fourth round of a Grand Slam for the first time.

Thompson & De Minaur: Sydneysiders Shining At The US Open

Andrew Eichenholz
This article contains:
Two Aussies into the fourth round in New York for the first time since 2001

Alex de Minaur remembers meeting Jordan Thompson nearly a decade ago. The #NextGenATP Aussie hit with his older countryman a couple of times and their friendship has grown since.

Now, from Sydney to Flushing Meadows, they make up the first Aussie pair to reach the fourth round of the US Open since Lleyton Hewitt and Patrick Rafter in 2001.

“It [is] just amazing to see him grow up and get to the point where he has gone and me trying to follow in his footsteps,” De Minaur said.

Thompson has quietly worked through the draw. On his 20th Grand Slam main draw appearance, he is into the fourth round for the first time. He will play 27th seed Borna Coric for a spot in the quarter-finals.

“[I’m] in the fourth round and I feel like I’ve got nothing to lose,” Thompson, who is 26, said. “It’s another opportunity, but just happy to be there and I’ll give it my all as I always do.”

You May Also Like: Jordan Thompson's Tale Of Two Seasons

Thompson doesn’t sport a flashy game, nor does he grab attention with his actions on or off the court. But his improvement over the past few years is evident. In 2018, he earned one tour-level victory. Last season, he won 26 of them.

"I've been labelled as a pretty quiet guy and a man of few words,” Thompson told ATPTour.com last year. “I'm happy to just go about my business and let the other [Aussie] guys have bigger profiles. I like remaining under the radar.”

That will be tougher as Thompson is one of the last 16 players remaining in this Grand Slam event. De Minaur is certainly happy for his friend.

“It's amazing. I've known him for a very long time. We have hit together. He's like a big brother for me,” De Minaur said. “It's amazing to see us both [go through] and him leading the way… Hopefully we can just keep it going. He's playing some great tennis, and I'm really happy for him, that's for sure.” 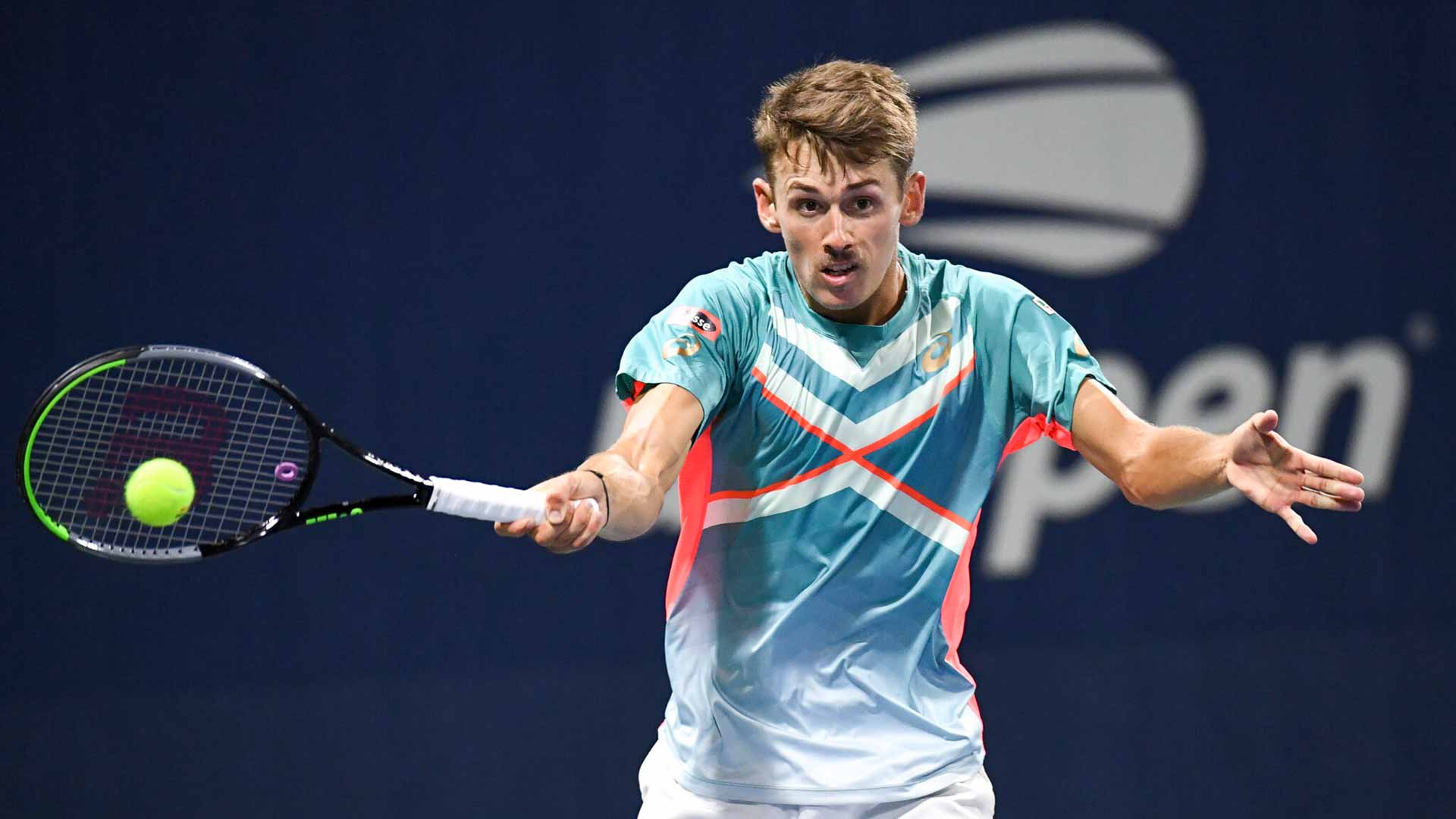 But De Minaur bit down and dug his teeth into the match, sprinting from corner to corner to force Khachanov to maintain his high level. The Aussie rallied from two sets to one down to reach the fourth round of the US Open for the second consecutive year.

It’s only fitting that this year he joined Thompson.

“It's amazing, these stats. I'm so happy that I'm able to do it with a fellow Sydneysider as Thommo,” said De Minaur, who will next play big-serving Canadian Vasek Pospisil. “We're both out here getting some wins and I couldn't be happier for us both. Hopefully we can just keep it going.”