Corretja To Monfils, Thiem: ‘Be Brave The Very First Day’

Spaniard shares tips for a successful debut at The O2

Only five men have done it, and it's been almost 20 years since the last player making his debut at the ATP World Tour season finale won the tournament at the first attempt.

But Alex Corretja, who triumphed at the season finale in 1998, says fans shouldn't count out Gael Monfils and Dominic Thiem when they make their debuts at the Barclays ATP World Tour Finals in London next week.

Sure, other players – namely, Andy Murray and Novak Djokovic – have more experience at The O2 and will likely be favoured to reach the semi-finals and final. But Monfils and Thiem have proven all year that they belong among the Top 8, winning ATP World Tour titles and advancing deep into Grand Slam championships and ATP World Tour Masters 1000 events.

The key for the Frenchman and Austrian, though, Corretja said, will be convincing themselves that they belong among the best in the world at one of the game's biggest tournaments.

Thiem and Monfils both have plenty of reason to be confident at the Barclays ATP World Tour Finals, which starts Sunday. They've both put together career-best seasons that have landed them in London.

The 30-year-old Monfils has at last balanced his colourful flair with on-court consistency. He reached finals in Rotterdam, Monte-Carlo and won the biggest title of his career at Washington. At the US Open, Monfils matched his career-best Grand Slam result by reaching the semi-finals (l. to Djokovic). “I'm very happy. I had a lot of success this season. Many people said 30 years old is late, but I'm happy. I made it. I'm not thinking about the past. I'm thinking about the present, the future,” Monfils said.

You May Also Like: Monfils All Grown Up In Career-Best Year

The 23-year-old Thiem has also excelled all season long, capturing four titles – Buenos Aires, Acapulco, Nice and Stuttgart – on three different surfaces – clay, hard and grass – and achieving his best Grand Slam result at Roland Garros (semi-finals, l. to Djokovic). “It's a big, big dream come true... I was probably the happiest guy in the world when it happened,” Thiem said of qualifying for London.

He and Monfils will try to join Corretja, John McEnroe, Guillermo Vilas, Ilie Nastase and Stan Smith as the only players to win the season finale during their debut year. (Smith won the tournament the first year it was held, in 1970). "Monfils' and Thiem's self-belief will be key in London," Corretja said.

"It can be intimidating debuting at the season finale, a tournament you've wanted to reach for much of your career but only the Top 8 players get invited to," Corretja said. He, like Thiem, had tuned in to the event for years before he qualified, watching the likes of Boris Becker and Ivan Lendl compete at Madison Square Garden in New York.

“For the first time, you feel like, 'Wow, I'm one of the big names in my sport',” Corretja said. “You feel special when you qualify for that because you’ve been fighting so hard.”

But Monfils and Thiem can't let the bright lights of The O2 blind them; they'd be wise to focus on playing aggressive from the start. With its round-robin play, the Barclays ATP World Tour Finals pits top players against top players on day one, unlike other tournaments where players might face the World No. 60 in the first round and not face a top player until rounds later. The format especially benefits players who can focus right from the start.

“You know you’re going to play with the best players in the world,” Corretja said. “But that also helps to raise your level because every player is very good. Everyone feels very aggressive... That makes you feel like you have to be brave the very first day.” 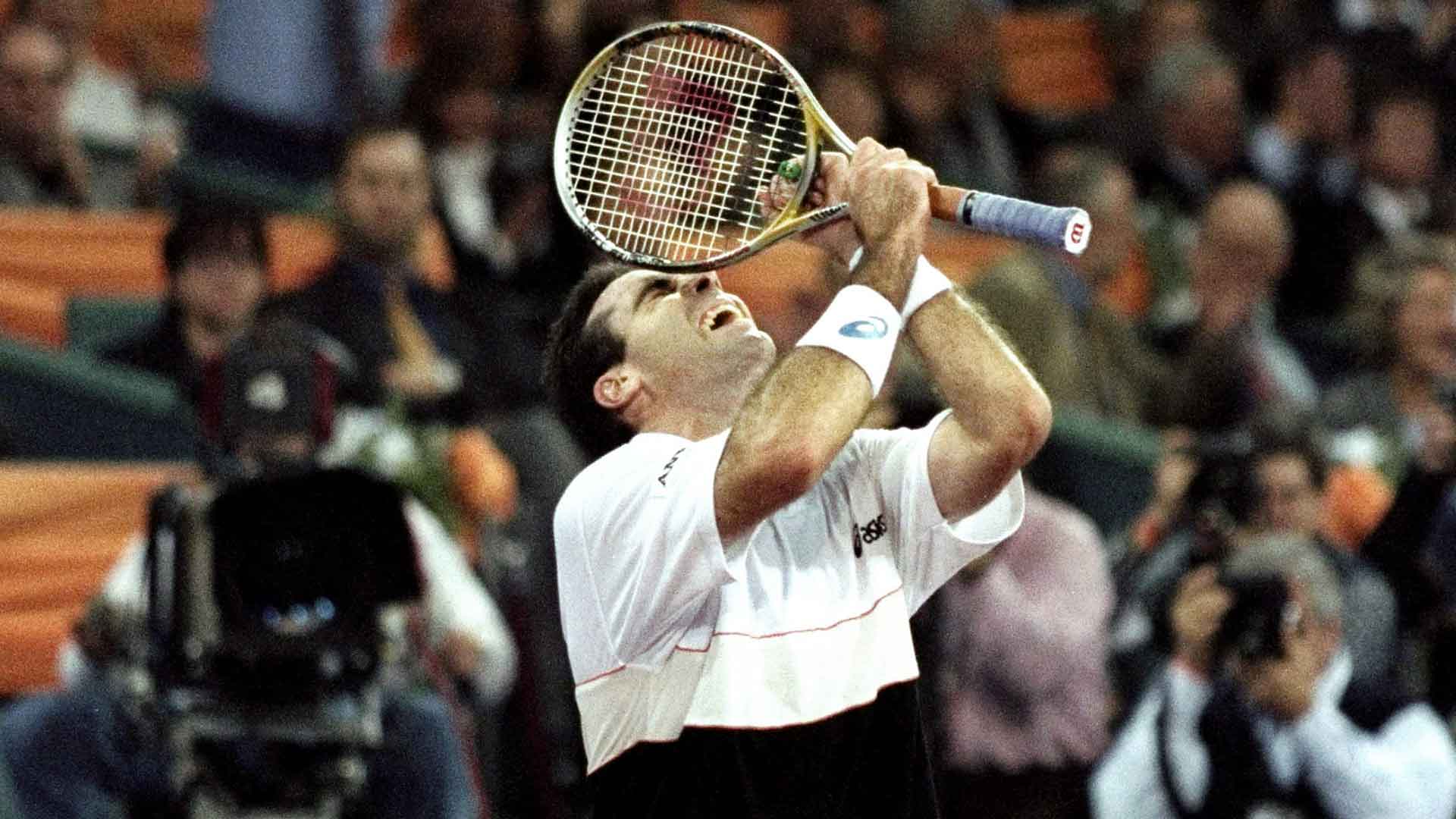 That's how he felt when he opened against World No. 4 Andre Agassi in Hanover, Germany, the site of the 1998 ATP Tour World Championship. Corretja had gained confidence from his coach, Javier Duarte, who wisely stated before the event, “If you believe in yourself, you can win this thing.”

Corretja, like Thiem and Monfils, had achieved positive results earlier in the year – including four ATP World Tour titles – and the Spaniard relied on those results to inflate his confidence in Hanover. “I felt that I was physically very strong and mentally I was quite fresh,” he said.

But winning the season finale during his debut year against the likes of Agassi, Carlos Moya, Tim Henman and World No. 1 Pete Sampras, who was trying to finish year-end No. 1 for the sixth consecutive season? Corretja wasn't so sure. “OK, let’s go day-by-day,” he remembers telling his coach.

But Corretja won his first round-robin match when Agassi retired down 5-7, 6-3, 2-1. The 5'11” Corretja then fell to Brit Tim Henman but dismissed countryman Albert Costa to reach the semi-finals.

There, he faced Sampras, whom Corretja had fallen to in the US Open quarter-finals two years prior, losing 7-6(7) in the fifth set. But he upset "Pistol Pete" and outlasted countryman Carlos Moya in the final to make history and prove his coach right.

If he could tell Monfils and Thiem one thing before they make their London debuts?

“I would pretty much say go for it. Don’t wait, don’t wait for it. Go for it,” Corretja said. “And then just believe. You’re there because you’re good enough to be with these guys.”