Del Potro, A Day To Remember: 'Now I Dream Of Being Happy'

Marcos Zugasti
This article contains:
Argentine was defeated by Delbonis in what was “probably” his last match

They say a picture is worth a thousand words, but the image of Juan Martin del Potro’s headband hanging on the net is perhaps worth a million.

It may have marked the retirement of the Argentine legend, which came after floods of tears, a knot in his stomach and an astonishing match that was undercut by a unique atmosphere and proved difficult to play since it represented so much more than a mere sporting confrontation.

It was an emotional rollercoaster of a day for Delpo and his hordes of followers. At 8:22 p.m. on a warm night at the Buenos Aires Lawn Tennis Club, del Potro stepped out onto a Guillermo Vilas Centre Court that was packed with over 5,000 spectators.

After 965 days away from the sport, the 33-year-old Argentine was back on court, back in front of his people. No fewer than 16 years had passed since his debut in this tournament, when he lost to Juan Carlos Ferrero as a 17-year-old world No. 155.

You May Also Like: Del Potro Falls To Delbonis On Emotional BA Night

The two most intense moments of the day came at the beginning and end of the match. First, when the stadium announcer introduced del Potro, the man from Tandil came out to a standing ovation that seemed as if it would never end. Dressed in black with white head and wrist bands, the 2009 US Open champion was given a welcome he will surely never forget.

The second came at the end of the clash, when del Potro fought to hold back the tears. He took the microphone and managed to utter: “I think I overdid it for two and half years to try and resolve the situation and be able to play, like I did so many other times. Sometimes, I too can lose and I don’t have the strength to continue. That’s kind of how I feel now,” he said.

“Today is a day I’ll remember for my whole life... I’m still yet to find a place where I feel happier than on a tennis court and now I want to be happy,” he explained, trying to make himself heard over the continuous ovation. What he said next hit harder: “I gave everything I could until the last point. I’ll always remember this day, but I feel like I have my whole life ahead of me and I can walk away in peace.” 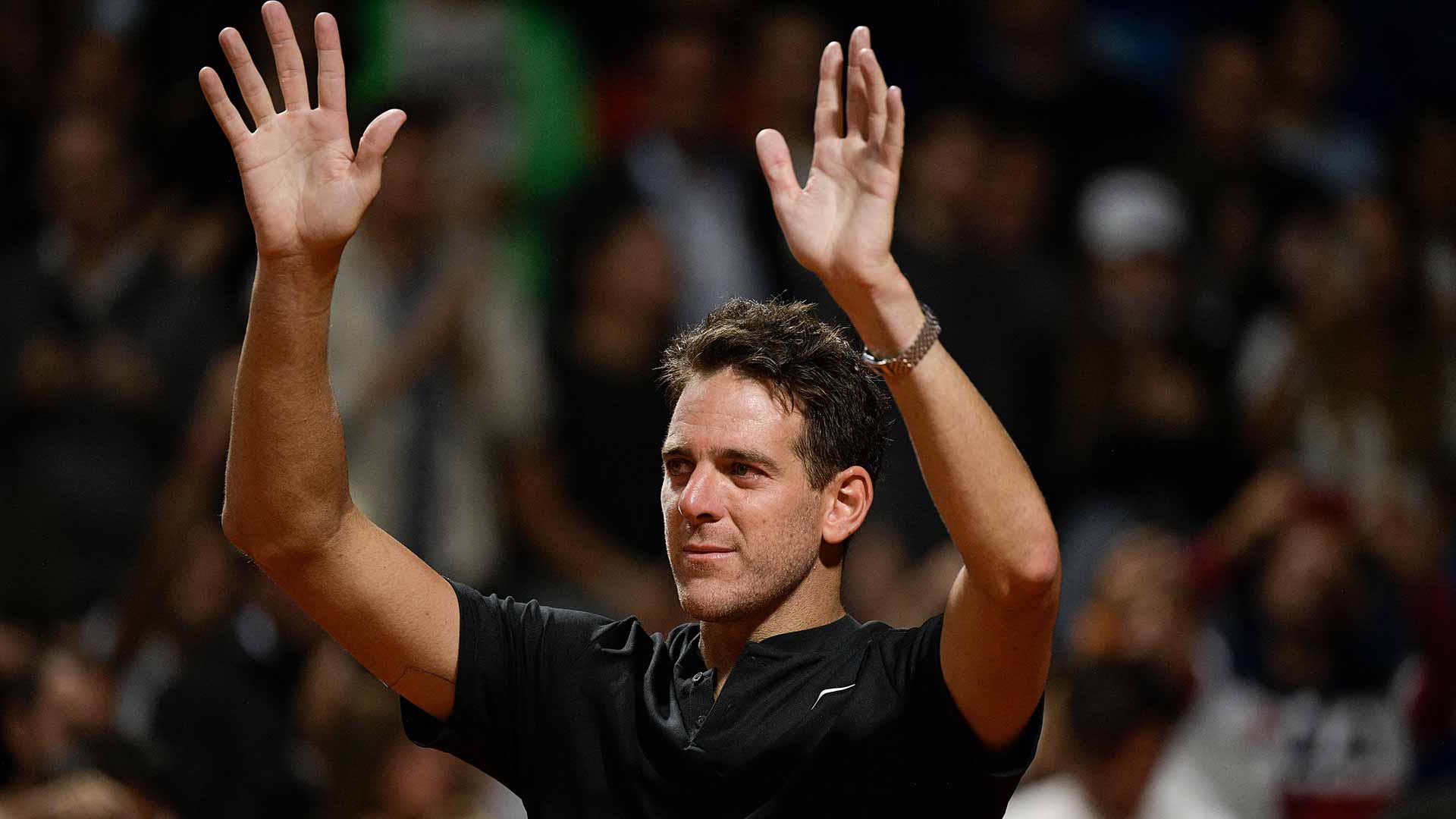 It was a special day for del Petro. He decided to arrive at the club at 4:45 p.m. and went out for a knock up on Court No. 12. His sparring partner was Ecuadorian left-handed doubles player Gonzalo Escobar, who would attempt to emulate Delbonis. Children, adults, whole families even, jostled for a close-up glimpse of their hero through the bushes and fencing.

In fact, several hours earlier Buenos Aires was replete with banners that read ‘So great to see you again, thank you Delpo!”

The sentiment was even stronger in the immediate vicinity of the Buenos Aires Lawn Tennis Club, where a crowd began to grow early in the day. Seeing del Potro was the only goal and the sole reason for the presence of thousands of fans on Tuesday.

Even before the doors opened for the night session (for which tickets sold out over a week ago), the queue to join the party stretched for over one kilometre.

Perhaps the most important member of the crowd was his mother Patricia, who had never watched her son in a professional tournament. She was finally able to do so in the front row in the company of his sister Julieta. Although the match was not going as she would have hoped, far from it, a smile was never far from her face. In the context, the result was unimportant.

“When it was over, I was able to give mum a hug that I’ll always remember. We’re not used to that being public, but it was really wonderful,” explained an emotional delpo before also speaking of his father Daniel, who passed away in 2021. 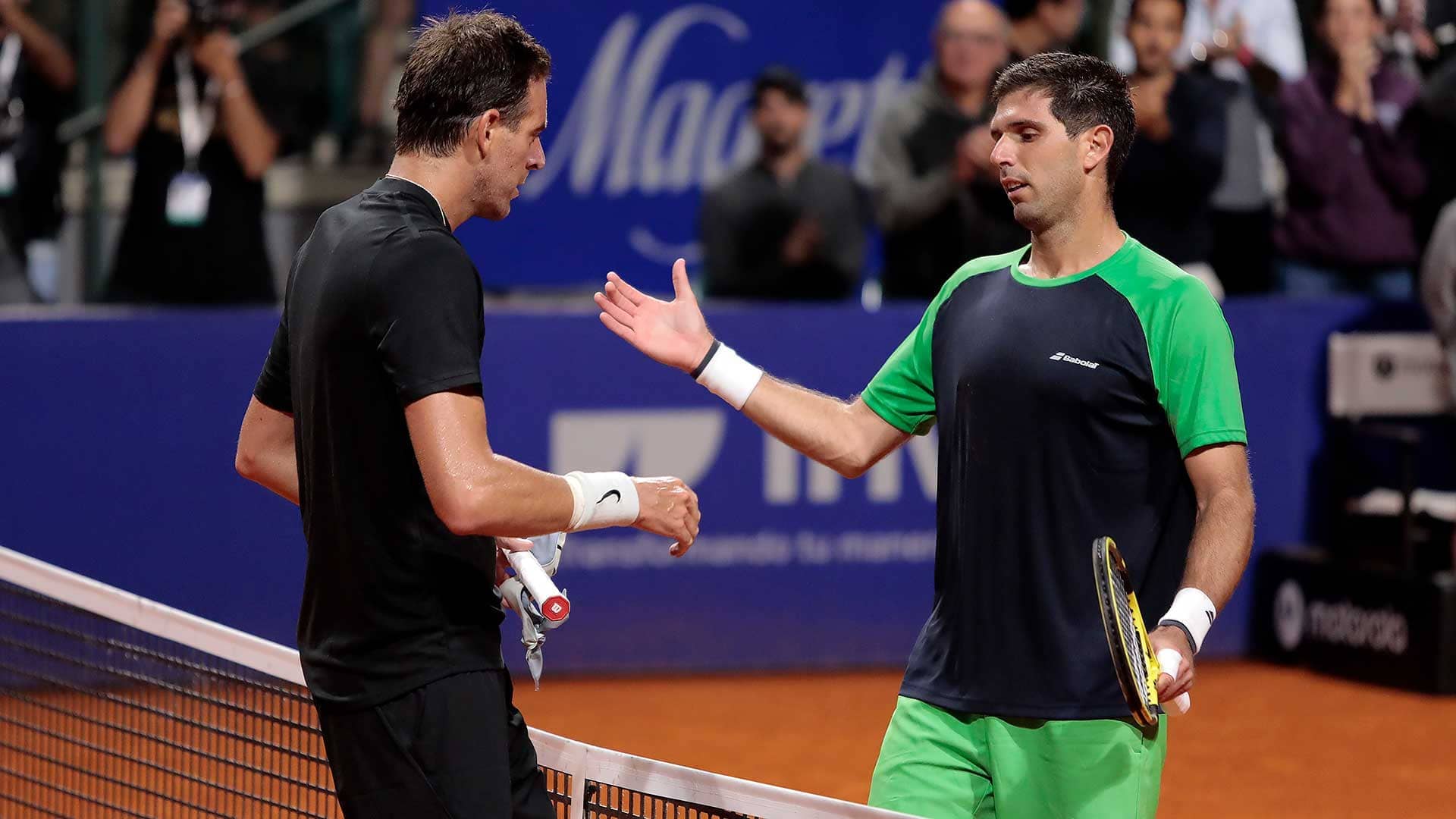 There were also a number of del Potro’s childhood friends in the throng who had come by car from Tandil to cheer on ‘Palito’ (‘Stick’), which they have called him since they were 13 or 14 because of his skinny frame.

Those same fourteen friends were with him in New York in 2018 when he reached the US Open final; they are his old classmates, who call themselves “The Salamín Squad” after their city’s traditional salami. They were ready to enjoy themselves, and to endure anything the match might throw at them.

Accompanied by snare drums, they could be heard chanting for their man, not only after every one of the Argentine’s winning forehands, but also to lift him when things were not going his way.

The players’ box was packed to the brim too as nobody wanted to miss a moment of del Potro’s comeback. Argentine players Guillermo Coria, Gabriela Sabatini and the majority of those who have shared this week with the man of the moment tagged in and out of their places so that they all had the opportunity to “watch Delpo for a while,” as one of them explained.

Del Potro may have lost a match, “probably” the last of his career, but his legacy and unique bond with his fans will live on forever. Tuesday night was one final gift in an always-astonishing, fairy-tale career.