Juan Martin del Potro defeats John Isner in four sets at the US Open on Tuesday.

ATP Staff
This article contains:
Argentine to face Nadal or Thiem for place in Sunday's final

Despite conceding his record as the only man yet to drop a set at the US Open, Juan Martin del Potro advanced to his third semi-final at Flushing Meadows on Tuesday, recovering from a set down to beat John Isner 6-7(5), 6-3, 7-6(4), 6-2.

"I'm so happy to return to the semi-finals at my favourite tournament; that's very special to me," Del Potro told ESPN after the match. "Of course beating John in these kind of matches is like an epic. We are both tired... we both fought all the match and I survived with my serve in a couple of important moments of the match."

The 2009 champion reached his second straight US Open semi-final after three and a half hours, in draining conditions, on Arthur Ashe Stadium. Both players took an 11-minute break at the conclusion of the third set. Del Potro ends Isner's bid to become the first American semi-finalist in New York since Andy Roddick in 2006. The 12-year wait for a home semi-finalist is the longest drought in tournament history (since 1881).

"[Roddick] texted me after I won my second round and my last match against Raonic," said Isner. "He's always been a good friend of mine, a very good guy... I do know he's always rooting for us players to break through."

Del Potro fired 49 winners and saved all three break points he faced to edge past Isner in a tight last-eight encounter. The 29-year-old improves to 34-8 at the USTA Billie Jean King National Tennis Center and 8-4 in his FedEx ATP Head2Head series against Isner.

"I played very solid in this match," said Del Potro. "In particular I made good returns in every service game. I had a lot of chances to break... I think I played a smart game today. I saw John a little bit tired also. That gave me a little bit more energy to keep trying.

"I played a good match. I don't know if I'm playing my best tennis ever, but I'm feeling good. I reached another semi-final in this Grand Slam, which means something big to me. I'm very happy for that." 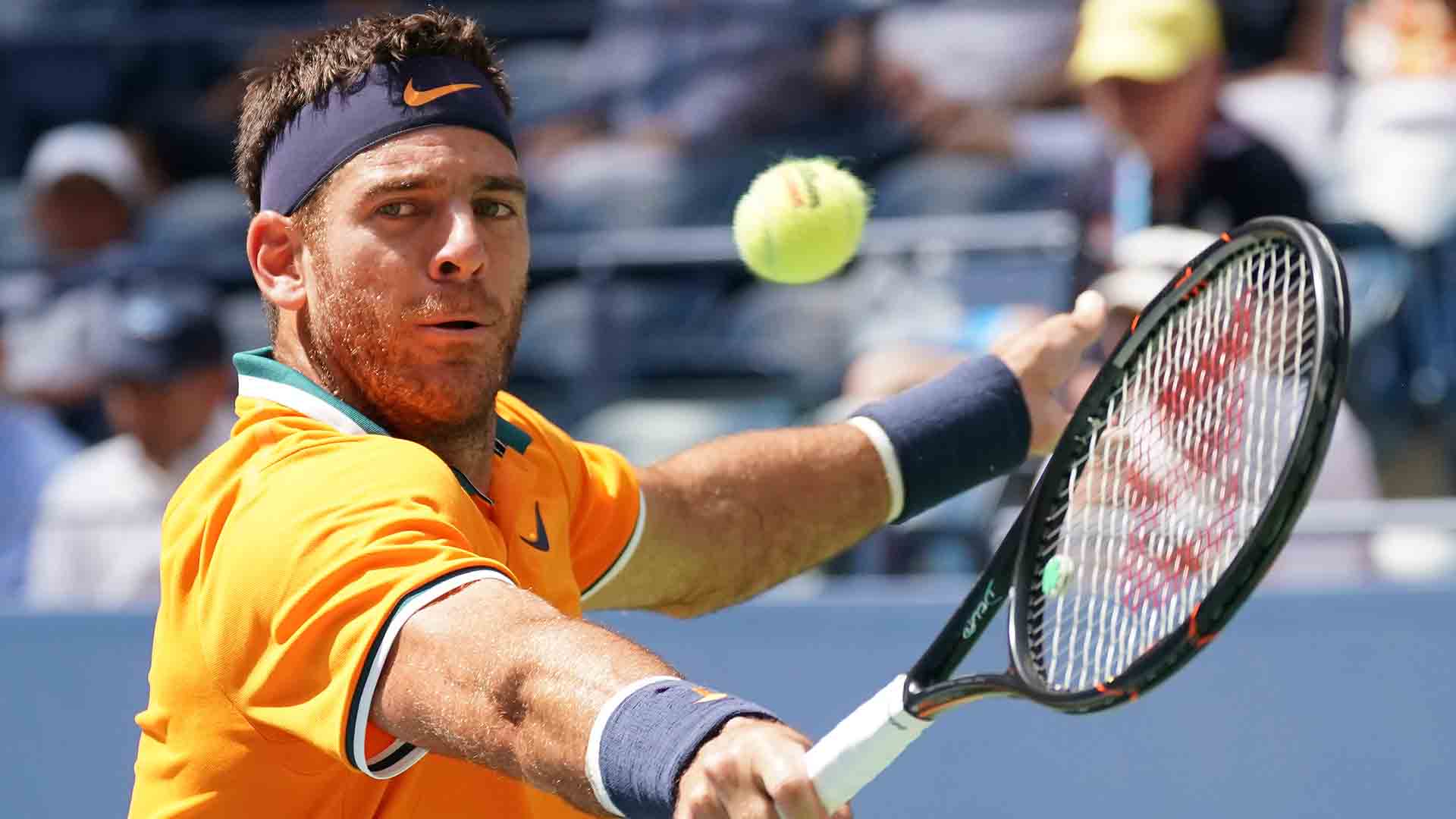 Del Potro snaps a two-match losing streak against the 33-year-old on hard-courts. Isner ended the Argentine's late bid to qualify for the 2017 Nitto ATP Finals, in Paris, and beat Del Potro en route to the biggest title of his career at the Miami Open presented by Itaú in March.

"He's so good, especially when he gets control of the point, of course on his forehand side, he doesn't miss that shot very often, if at all. He's such a tough player and he's playing well and he likes these conditions. He likes playing on a hard-court like this."

The World No. 3 will either face defending champion Rafael Nadal in a repeat of last year's semi-final, or Dominic Thiem, for a place in the championship match. Del Potro trails Nadal 5-11 in their FedEx ATP Head2Head series and is undefeated in four FedEx ATP Head2Head matches against Thiem. Del Potro and Nadal have met in three of the past four Grand Slam events, with the Spaniard triumphing on each occasion.

"If I play Rafa, it could be another big battle as the Wimbledon match was," said Del Potro. "Of course, I like to play always with the World No. 1, it doesn't matter the tournament or the conditions or the weather. I just have the chance to play the greatest in this sport, and it's amazing for me."

"If I play Dominic, it could be a different match, but also a difficult one," said Del Potro. "He's playing good. If he beats Rafa, that will give confidence to him and his game, and it will be a big problem for me." In an opening set short of break opportunities, Del Potro wowed the crowd with a sensational forehand winner up the line in the seventh game. But despite bringing the crowd to their feet, the Argentine was unable to convert the only break point of the set, at 5-5 (30-40), and was punished in the tie-break. Isner clinched the only point against serve in the opening-set decider, pressuring Del Potro into a backhand error with a deep approach as he charged to the net.

Del Potro continued to apply pressure to Isner's serve early in the second set, finding success when able to neutralise points. The BNP Paribas Open champion finally found a breakthrough in the fourth game, converting his second of three consecutive break-point opportunities as Isner struggled on his forehand side.

That moment proved to be the key, as Del Potro remained solid on serve to close out the set to love. Del Potro lost only three points on serve and commited one unforced error throughout the set.

Break chances passed both men by early in the third set, with a second tie-break required to split the two rivals. Del Potro earned the first mini-break of a crucial tie-break as Isner fired wide on his forehand. The former champion soon doubled his advantage, with an angled forehand return, before converting his second set point with a drilled inside-out forehand.

Del Potro quickly established a 2-0 lead in the fourth set with a powerful backhand drive, following a series of groundstroke errors from Isner. After landing a forehand winner up the line in the eighth game to earn match point, the Tower of Tandil advanced to the semi-finals, on his first match point, as Isner fired a forehand into the net.

After making his Grand Slam semi-final debut earlier this summer at Wimbledon, Isner was bidding to reach the final four in back-to-back major championships. Prior to this summer, Isner had reached just one Grand Slam quarter-final, at the 2011 US Open (l. to Murray).

"[To qualify for the Nitto ATP Finals] is still a big goal of mine," said Isner. "I'm No. 9 [in the Race To London and to] try to get into the Top 8 is definitely going to be the goal going forward. When you get to a stage at a tournament like this, you're playing for so much points-wise, so it would have been nice to have won that match, it would have given me a nice boost, but just wasn't to be."

Did You Know?
Juan Martin del Potro, competing at a career-high No. 3 this week, dropped to No. 1045 in the ATP Rankings on 8 February 2016 following two surgeries to his left wrist.