Marcelo Demoliner and Matwe Middelkoop own two ATP Tour trophies as a team.

Marcelo Demoliner and Matwe Middelkoop edged closer to their second Russian ATP Tour title as a team on Thursday, beating Taylor Fritz and Cameron Norrie 6-4, 6-4 at the St. Petersburg Open.

The Brazilian-Dutch pairing converted three of the four break points it created to reach the semi-finals at the ATP 500. Last year’s Moscow champions are through to their third semi-final of the year, after claiming the Cordoba Open trophy and reaching the last four at the Argentina Open in February.

You May Also Like: Opelka Strikes Late, Downs Medvedev In St. Petersburg

Demoliner and Middelkoop will face Alexander Bublik and Reilly Opelka for a place in the championship match. Bublik and Opelka saved three match points to defeat Karen Khachanov and Andrey Rublev on Wednesday.

Jurgen Melzer and Edouard Roger-Vasselin rallied from a set down to book their place in the semi-finals. Attempting to reach their first final as a pairing, the second seeds clinched a 4-6, 6-1, 10-8 win against Russian wild cards Daniil Golubev and Evgenii Tiurnev after 64 minutes.

Melzer and Roger-Vasselin will face Ben McLachlan and Franko Skugor in the semi-finals. The unseeded duo beat Adrian Mannarino and Fabrice Martin 7-5, 6-4.

Herbert/Mahut Reach Cologne Semi-finals
Nicolas Mahut and Pierre-Hugues Herbert were clinical at the bett1HULKS Indoors on Thursday. The Frenchmen saved 12 of 13 break points and converted four of their five break chances to move past Aussies John Millman and Jordan Thompson 6-3, 6-3.

Simone Bolelli and Maximo Gonzalez also advanced in Sardinia, reaching the semi-finals with a 6-2, 6-4 victory against Lorenzo Sonego and Andrea Vavassori 6-2, 6-4. The Italian-Argentine tandem will face top seeds Juan Sebastian Cabal and Robert Farah for a place in the final. 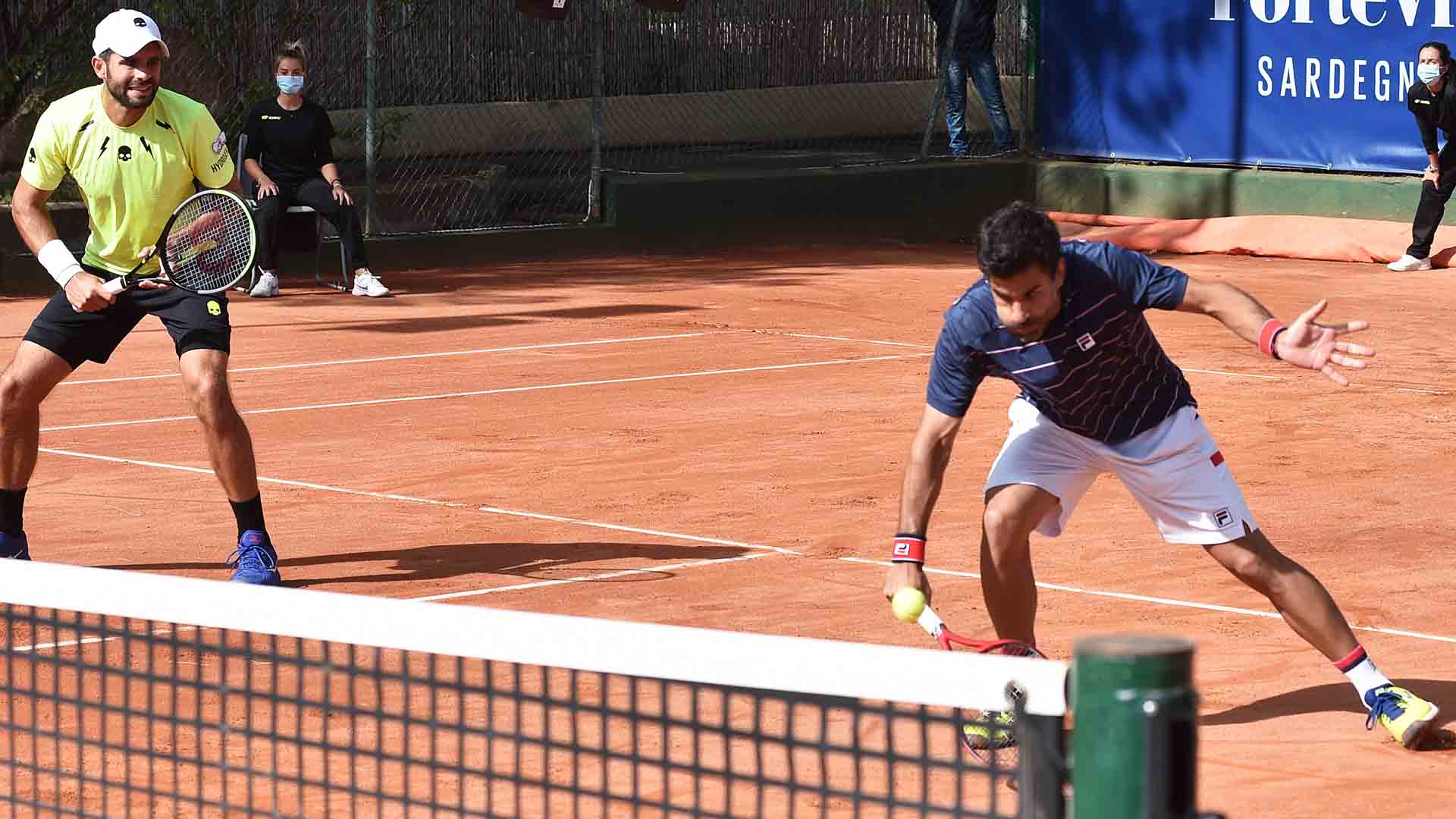