Grigor Dimitrov drew upon his big match experience on Thursday in saving two match points to beat Malek Jaziri for a place in the Barcelona Open Banc Sabadell quarter-finals.

Second seed Dimitrov saved two match points at 5-6, 30/40 and at 7/8 in the tie-break of the deciding set en route to a 7-5, 3-6, 7-6(8) victory in two hours and 50 minutes. Jaziri had previously earned his first Top 10 win against Dimitrov in February at the Dubai Duty Free Tennis Championships.

Dimitrov will next play fifth seed Pablo Carreno Busta of Spain, who saved three match point at 5-6 in the deciding set – 30/40 and twice at Ad-Out – to defeat French No. 11 seed Adrian Mannarino 6-2, 4-6, 7-6(6) in two hours and seven minutes. Carreno Busta, who converted his fifth match point, also had three opportunities for victory when he served for the match at 5-4, 40/15 and Ad-In.

Dimitrov recovered from a 2-4 deficit in the first set, closing out the opener on his fifth set point opportunity when Jaziri’s attempted to run around his backhand – ending with a forehand into the net. But three errors from Dimitrov in the first game of the second set handed Jaziri the initiative. Jaziri held his nerve and won the last eight points of 37-minute set, then broke in the fourth game of the decider en route to a 4-1 lead.

Bulgarian Dimitrov worked his way back, winning three of the next four games, but at 4-5 there was a break in play when Jaziri took a medical time-out. Dimitrov returned to serve and lost the first two points, but survived. In his next service game, he again dropped to 0/30 and this time needed to save one match point at 30/40 – when Jaziri blinked with a backhand into the bottom of the net. 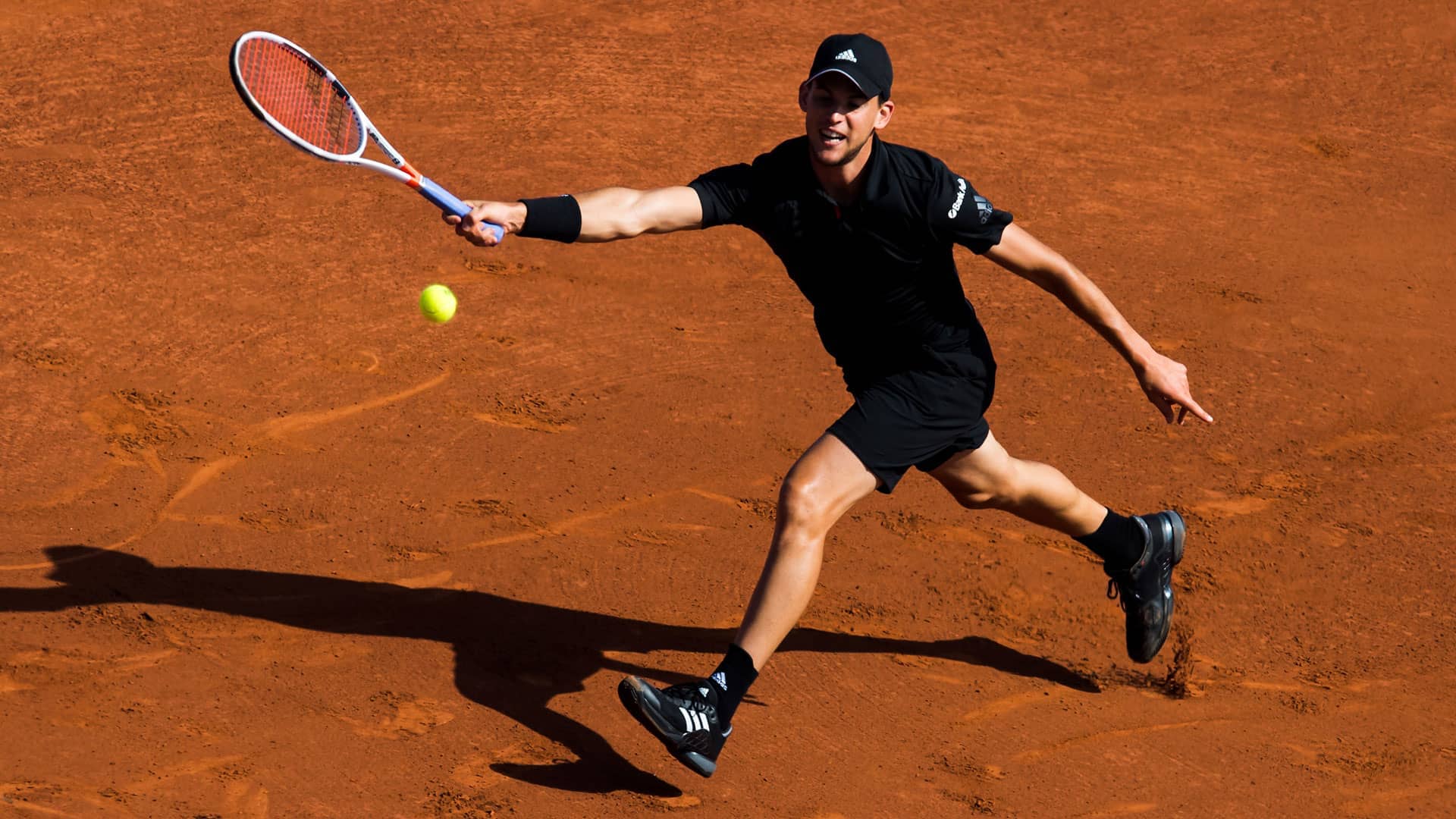 Austria’s Dominic Thiem recorded his 12th win in 15 clay-court matches on Thursday for a place in the quarter-finals.

The third seed and last year’s finalist, one of the best performers in clay-courts matches over the past two years, didn’t have things all his own way in a 7-6(5), 6-2 victory over Slovakian lucky loser Jozef Kovalik in one hour and 44 minutes.

Thiem, with a 21-5 match record on the season, which includes his ninth ATP World Tour crown at the Argentina Open (d. Bedene), will now challenge #NextGenATP Greek Stefanos Tsitsipas, who beat No. 10 seed Albert Ramos-Vinolas of Spain 6-4, 7-5.

World No. 146 Kovalik broke for a 3-2 lead, but Thiem won the next three games. Thiem won five of the first six points in the tie-break, closing out on his fourth set point opportunity. Thiem carried the momentum into the second set, including service breaks in the first, fifth and seventh games.