Grigor Dimitrov beats fifth seed Dominic Thiem on Thursday for a place in the Paris quarter-finals.

Grigor Dimitrov barely put a foot wrong on Thursday in one of his best performances of the year for a place in the Rolex Paris Masters quarter-finals. The Bulgarian ended the six-match winning streak of fifth seed Dominic Thiem 6-3, 6-2 in 72 minutes.

Dimitrov competed with great urgency throughout, and combatted Thiem’s aggression in the Austrian’s bid to work his way back into the match. Dimitrov’s willingness to attack the net reaped dividends early on and he quickly took a 4-1 lead. The 32-minute first set ended when Thiem hit a forehand return wide.

Dimitrov, who had advanced to the Paris third round for the seventh straight year, broke Thiem in a 10-minute third game of the second set courtesy of a volley error. Thiem pressed, but Dimitrov hit big from behind the baseline and snatched another break for a 4-1 advantage. Serving for the match at 5-2, 40/0, Dimitrov hit his first double fault, but it was a momentary lapse in concentration for the 2017 Nitto ATP Finals champion.

According to Hawkeye, Dimitrov did his best to step into the court and dictate with his forehand. The Bulgarian was pinned deep in his backhand corner when Thiem engaged him in cross-court backhand rallies. But whenenver he was able to, the 2017 Nitto ATP Finals champion stepped in to play aggressively with his forehand, hitting his forehand five kilometres per hour quicker on average (127 vs. 122 kmh) than the big-hitting Thiem.

Dimitrov took 41 per cent of his forehands inside the baseline, an area in which Thiem only found himself hitting forehands 29 per cent of the time. 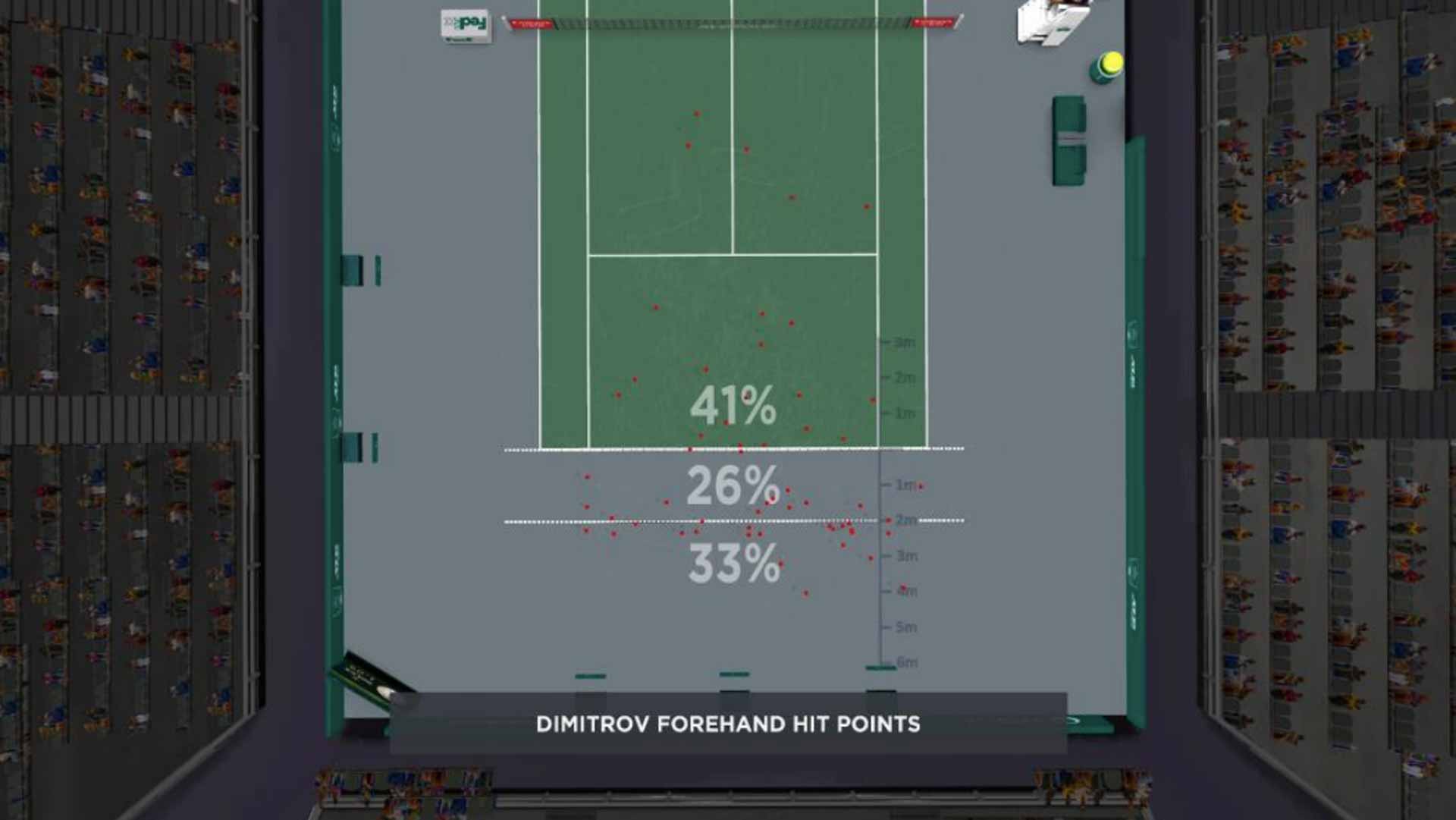 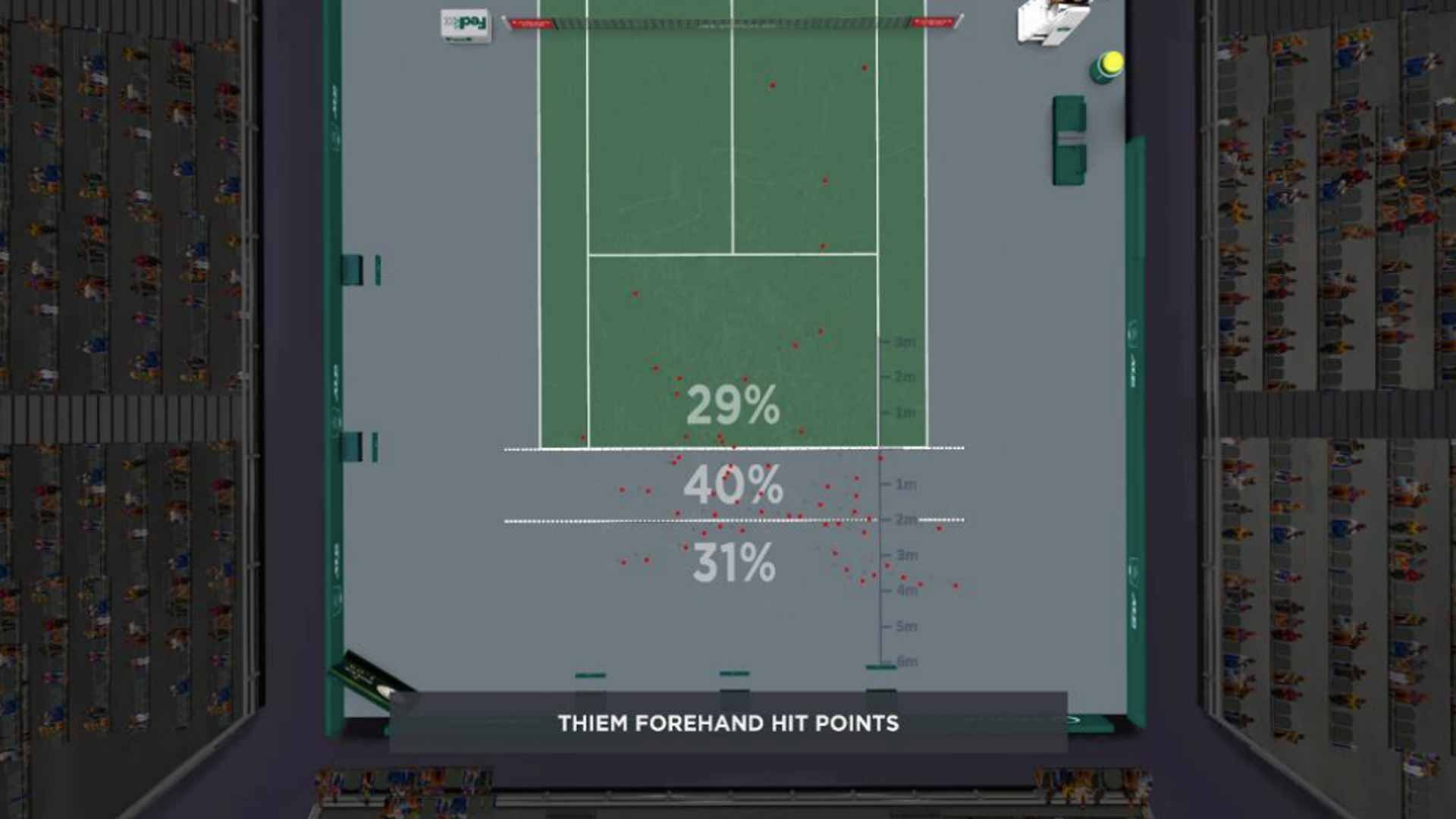 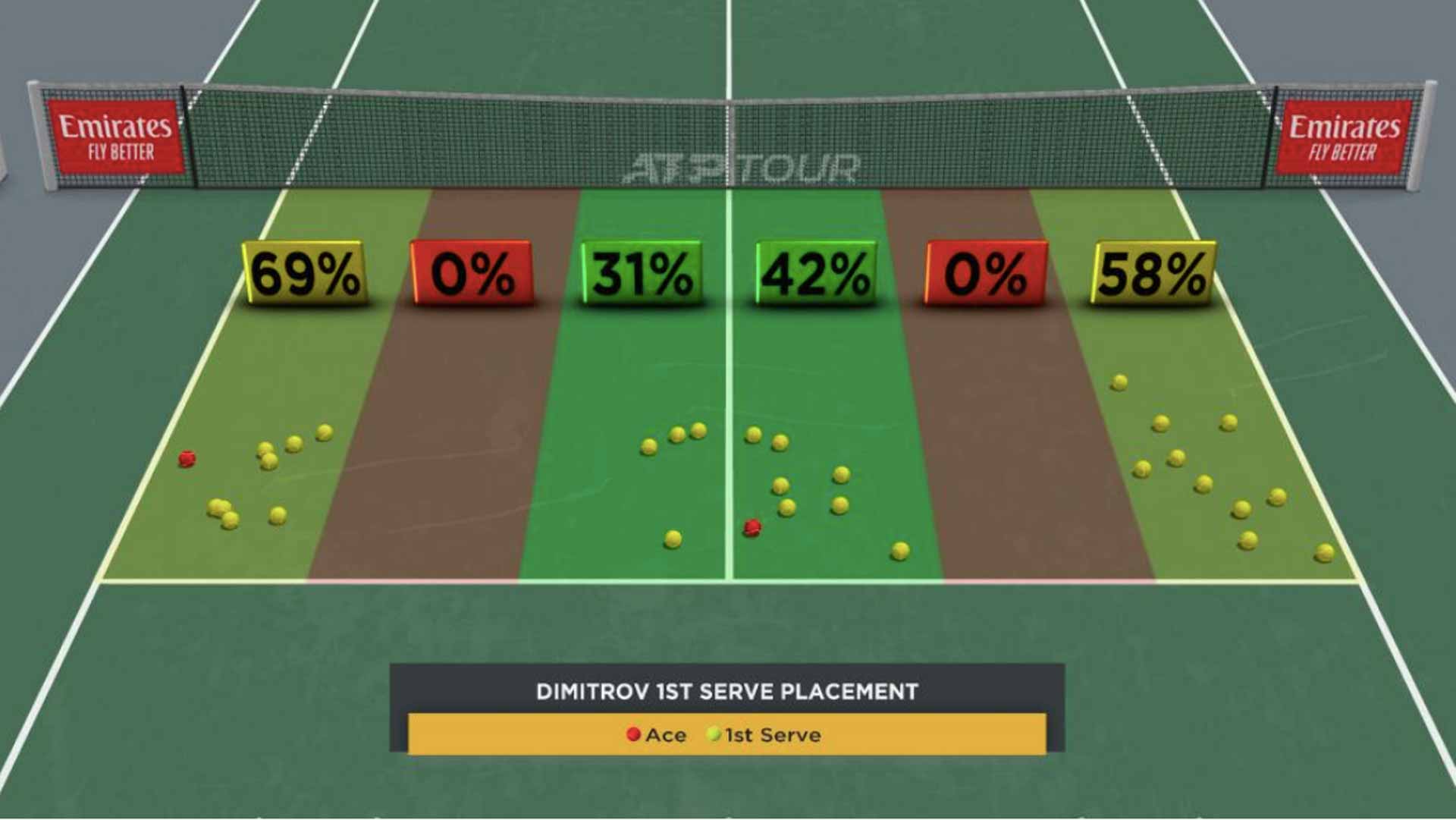 Thiem, a winner of an ATP Tour-best five trophies in 2019 and a 46-17 match record, will now prepare to focus on competing at the season finale, to be held at The O2 in London from 10-17 November. Last week, he captured the Erste Bank Open crown.

Dimitrov will next face Cristian Garin, who saved three match points in the first completed singles match of the day to book a place in his first ATP Masters 1000 quarter-final.

The Chilean, who has lifted two ATP Tour trophies this year, battled back from a 3/6 deficit in the deciding set tie-break to earn a 6-7(4), 6-4, 7-6(6) victory over French qualifier Jeremy Chardy in two hours and 24 minutes. The pair had split their two previous meetings in 2019 at Houston and Bastad. 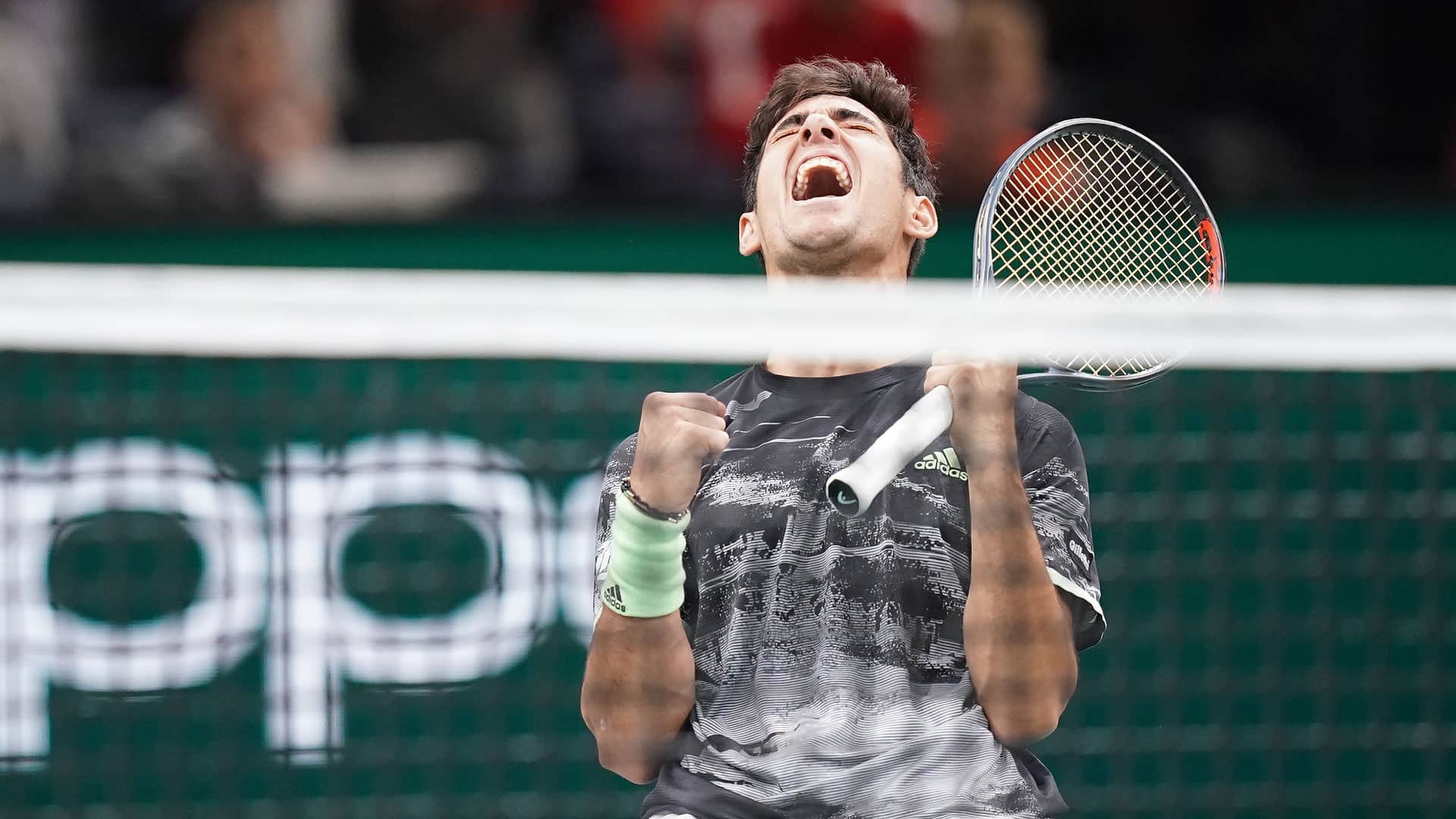 Garin saved the first match point at 6/3 with a forehand approach winner, then hit an ace at 4/6. Chardy was hesitant to attack the net when serving at 6/5 and mis-timed a forehand.