Grigor Dimitrov speaks to his coach Andre Agassi, a former No. 1 and Australian Open champion, in Melbourne.

How To Convince Agassi To Be Your Coach

Vallverdu opens his contacts book to secure a legendary name

"Grigor, our problem is more mental than tennis-related. We've been together almost two years. Tennis-wise, you've improved and mentally as well, but now we are in a difficult moment mentally. We should take some time to see what might help. I've spent a lot of time with ex-players and I think they can help us in a few areas. Let me speak to a few and see who would be the best option for you." — Daniel Vallverdu

Throughout 2018, Daniel Vallverdu sat down with Grigor Dimitrov to try to guide him through a difficult situation in an important season, vital in consolidating his place among the best players in the world.

After an amazing 2017, which culminated in winning the Nitto ATP Finals and finishing at World No. 3, Dimitrov started the season playing well, but without achieving the results he had hoped for. That, coupled with tough draws in the first rounds of tournaments (Milos Raonic in Madrid, Kei Nishikori in Rome, Novak Djokovic at Queen's, Stan Wawrinka at Wimbledon, Djokovic again in Cincinnati and Wawrinka at the US Open), made for a dangerous cocktail: lack of confidence, pressure and unfulfilled hopes.

"For the first time," Vallverdu told ATPTour.com in Melbourne ahead of the Bulgarian's second-round match with Pablo Cuevas, "Grigor realised that he has the level to compete with the best players all year. This helped him see that his goals are realistic. Maybe he had some doubts, but the goals are achievable," added the Venezuelan coach.

"He has the opportunity to be at the top, winning big tournaments. It took a lot for him to accept this, especially after the first few months when he wasn't achieving the results he wanted. When you think you have the possibility to have good results, and you don't get them, the pressure increases. He was training hard and playing well. Every time he played a practice match with another player, he won. I was happy with the level of his tennis, but it was all mental, inside and outside the court," said Vallverdu.

So it was Vallverdu who proposed to Dimitrov that they search the market for options to bring someone onto the team. The Venezuelan, who shared the stage with Ivan Lendl for almost two years when he worked with Andy Murray, found the man he wanted quickly and put his plan into action.

"Luckily Agassi was ready to help us and I quickly realised that he was the right person to look at things inside and outside the court," said Vallverdu. 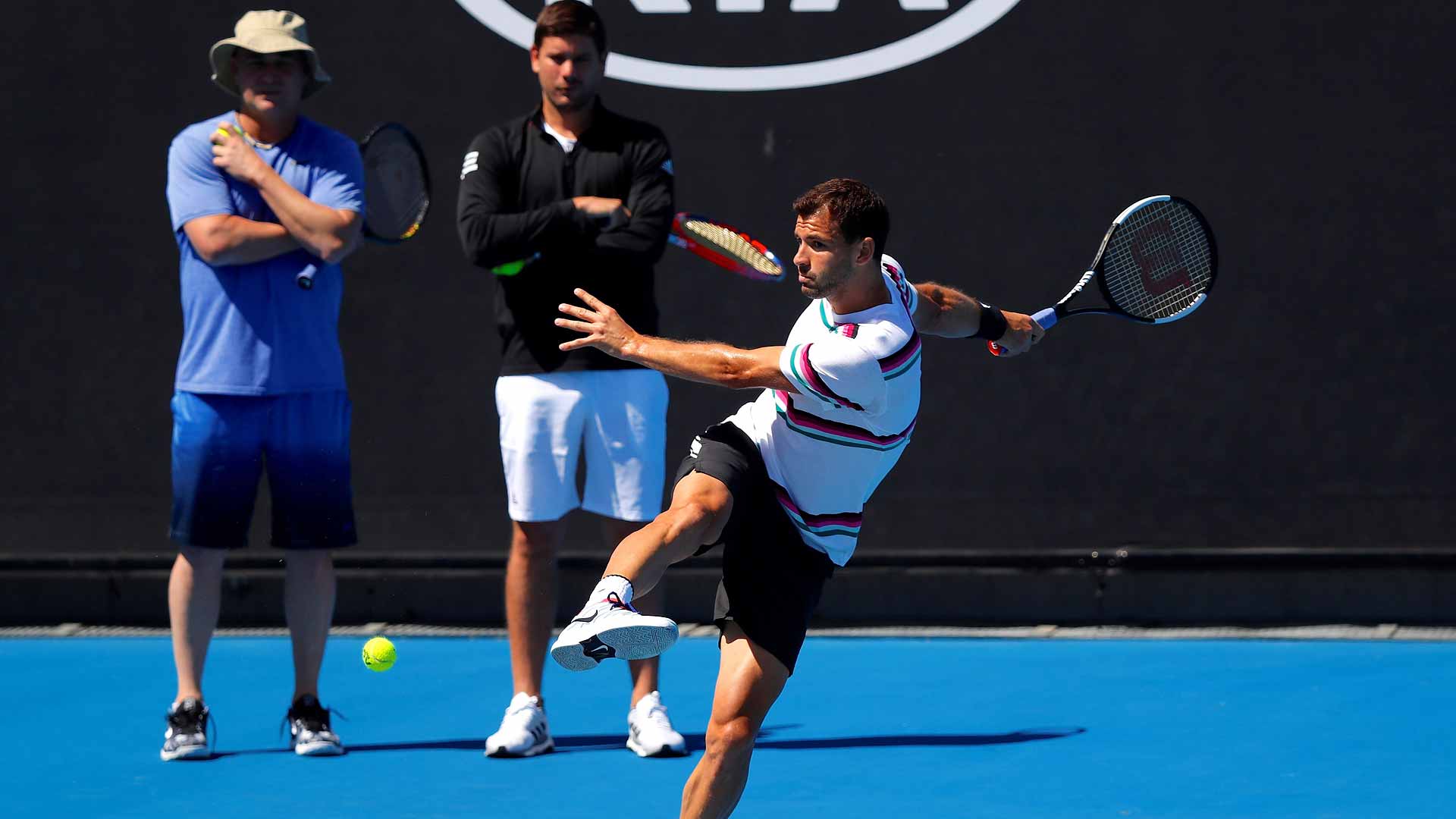 Convincing Agassi isn't an easy task. The former World No. 1 and eight-time Grand Slam champion retired from the ATP Tour on 3 September 2006 and afterwards his priorities changed completely; he distanced himself from the world of tennis. However, the American made a return when he started working with Djokovic in 2017, a relationship that lasted less than a year and that ended with few positive results.

Because of this, accepting the call from Vallverdu to join Dimitrov's team was a slow process.

"He took his time, especially at the beginning," confessed Vallverdu. "It hadn't gone very well with Djokovic and he wanted to see what the situation was and if it would be the case that he could actually help and have an impact. For the first couple of months I spoke a lot with both of them. After the summer, he realised it would be something positive, that Grigor was improving every day. And after various weeks of lots of communication he was ready. Of course, it's a relationship that we work on every day. We are happy with his work, be it five or 20 weeks of the year.

Vallverdu’s decision to turn to Agassi for help shows a coach who is ready to do whatever it takes to help his player.

"My job is to try and maximise the player's career, because it goes by very quickly," said Vallverdu. “You realise that when you've been on tour for this long. Tournaments go by fast, the years fly by. I care about Grigor and the relationship we have; I don't want the years to pass us by and we lose time. I want him to improve as a tennis player and as a person, to keep progressing in various aspects of his career and also in his life," he added. "I made the decision to bring in help because my goal is that he keeps evolving.

"It was the right decision to try something new. Away from the court, Grigor is very different to the other players, especially among the older generation. He is a little more of an artist and sees things differently to other people. Agassi also went through times like this in his career. They share similarities in how they think about some things. They have connected on a level that is going to help us moving forwards."