Grigor Dimitrov is getting back to basics with new coach Dani Vallverdu.

For a player with every shot in the book, going back to basics is proving the most successful approach of all.

A lot can change in two years. In 2014, Grigor Dimitrov, looked to have begun to realise his potential as he surged into the Top 10 after reaching his first Grand Slam semi-final at Wimbledon. But success proved fleeting; Dimitrov was far from the finished article.

However, a journey of self-discovery over the past 18 months looks to have led the Bulgarian to finding his own identity, and with it, a sense of calm and happiness once more on the tennis court.

"The one thing I've been really focused on is simplicity and just being me,” Dimitrov told ATPWorldTour.com. “I've been finding my identity not only on the court, but also off the court. I have so many different interests in so many different areas that sometimes I just need to chill, step back and let it be. Wake up and do whatever I feel like and the way I want to do it and live a little bit more on my own terms.”

A new partnership this summer with Dani Vallverdu – former coach of Andy Murray and Tomas Berdych – has further cemented in Dimitrov’s mind the need for simplicity in his life and getting back to basics on the tennis court.

“Now that I'm working with Dani it's also nice to have someone you can really get close to and share a lot,” said Dimitrov. “The structure overall has been better for me. We're simplifying things, working on the right things and that in a way helps you to become a little bit calmer, more confident and that brings a lot to your game. 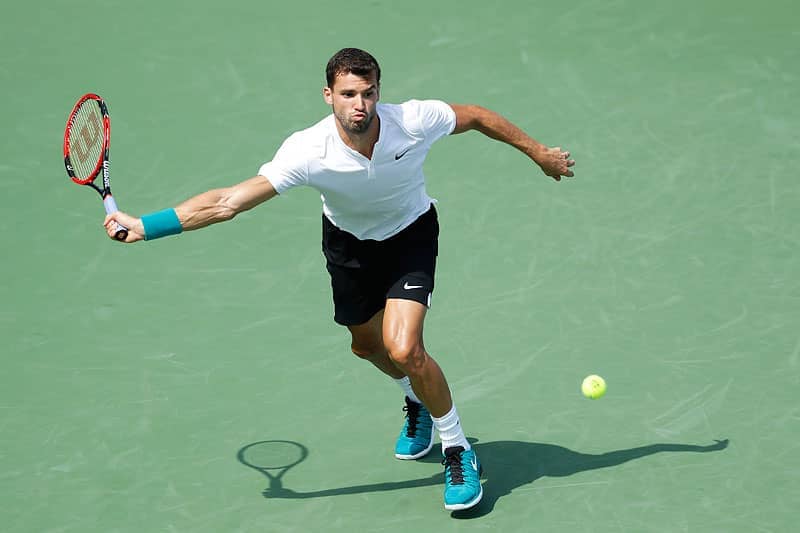 "Lately we've been doing a lot of work, even after matches, working on small details, whether it's backhand cross or backhand down the line or certain go-to game plays in certain moments to try and make everything a little bit more automatic and lose yourself in the game. It's great when you start feeling that you're hitting the ball well and there's nothing else but the ball and the way you move and the way you hit it. You enjoy the game way more.”

Total immersion in his game has brought Dimitrov and Vallverdu instant results. When the pair joined forces, Dimitrov was World No. 40 in the Emirates ATP Rankings, his lowest position in more than three years. He is now on the verge of returning to the Top 20 after reaching the quarter-finals of the Rogers Cup in Toronto (l. to Nishikori) and the semi-finals of the Western & Southern Open in Cincinnati (l. to Cilic).

For a player blessed with immense talent, the challenge has been understanding his best game and how best to use his range of shots.

“He’s determined to play the best tennis he can,” Vallverdu told ATPWorldTour.com. “During the past year he’s been struggling to find his own identity; he didn’t know which kind of player he was.

“My goal is helping him with this and simplifying his tennis. He has lots of variety, but he only needs those resources when he is facing difficult situations on court. When he’s not in a difficult moment, it's important that he only concentrates on his main weapons, which are really good. That’s what I’m going to try and implement in his game: simplifying it as much as possible. We want him to feel comfortable with his weapons.”

“We had a good start,” continued Vallverdu. “Since Toronto things have been going well. But it's not going to be a process of one or two months. It will be a process of six to 12 months.

“The most important thing in the next three months is to start establishing good habits on the court. Habits that will make him competitive next year. That's what I want, for him to be very consistent every day so that the habits develop as much as possible. It's not easy. It will be a tough mental process. But it's a process I'm certain he has to go through.”

Vallverdu’s assessment of Dimitrov’s career path was simply that success came too early for a player already burdened with the pressure of being ‘the next Roger Federer’.

“Many players who manage to reach the Top 10 at a young age struggle to understand what’s happening,” he said. “It’s a brand new situation for them, as much off the court as on it. I think the problem was that he was trying to find his identity on the court and he didn't manage it.

“His weapons were not as good anymore. Then it’s like a domino effect: when your shots are not working, your confidence drops and the errors increase. He went through this process, but the important thing is to accept it and focus on the current moment. What's good is that we know he is a player that can reach that level. It requires hard work, months of training, and he will have to give everything. But I’m convinced that with hard work he can play at a great level next season.” 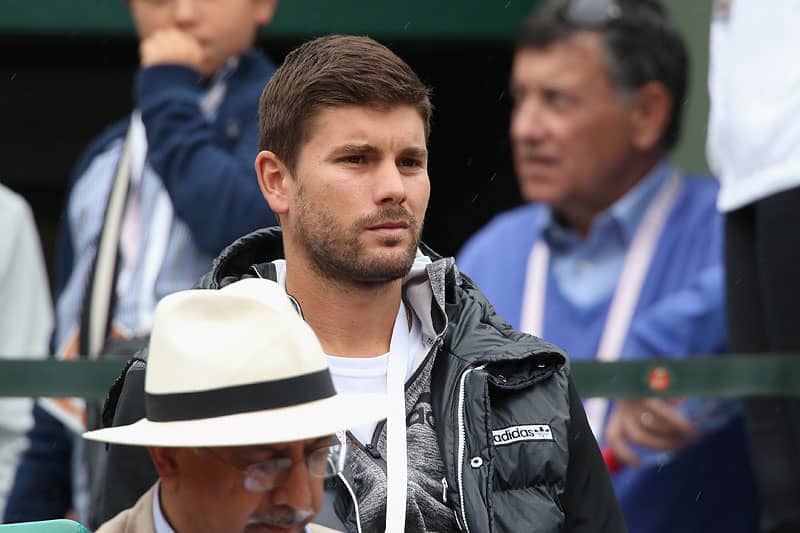 "I'm definitely in a better spot [than last year],” said Dimitrov, remembering the doubts and periods of feeling low he struggled with during difficult moments in 2015. “I've been playing a little bit better tennis and had quite a few big wins so far.

“Overall I'm happy with the way things are developing. Of course, there's more homework to be done. But right now I think I'm on the right path and just taking each day as it is and trying to enjoy a bit more every match that I'm playing out there.

"It's a new chapter. I don't feel like I've reached my potential. Of course I was Top 10, but that was momentary. I want to establish myself as one of those players. I've been there, done that, so I know what to do. My body feels excellent, I'm working hard, I'm developing my game, working in the gym and all these things are adding up. I think maturity also comes with that. I just need to get the results.”

“We have a long-term relationship in mind,” concluded Vallverdu. “I accepted the job because I see it as a long-term project. I firmly believe in Grigor and with a lot of hard work, we can achieve several goals. I’m ready to be working with him for a long time.”