Novak Djokovic will compete in his ninth Australian Open final on Sunday at Melbourne Park.

6 Djokovic Stats To Know Before The Australian Open Final

ATP Staff
This article contains:
The World No. 1 is pursuing his 18th Grand Slam trophy

Novak Djokovic has said he has a “love affair” with the Australian Open, his most successful Grand Slam championship.

“I’ve been feeling more comfortable on the court each year that I've been coming back,” Djokovic said before this year’s event. “The more you win, obviously the more confidence you have and the more pleasant you feel on the court. It just feels right.”

The World No. 1 will try to claim his ninth Australian Open trophy on Sunday inside Rod Laver Arena. Before he does, ATPTour.com looks at key Djokovic stats to watch.

Novak's Quick Starts
Djokovic has been hot out of the gates in recent Grand Slam finals. In 11 of his past 13 major championship matches, the Serbian has taken the first set. However, losing the first set hasn’t been fatal for Djokovic Down Under. He has dropped the first set in three of his eight Australian Open finals and still lifted the trophy each time.

The Serbian's Melbourne Record Is Better Than Federer & Sampras' At SW19
Nobody has performed better at a single Grand Slam than Rafael Nadal at Roland Garros, where the Spaniard is an astonishing 100-2. But Djokovic has carved an impressive legacy of his own at the Australian Open, where he is 81-8, giving him a winning percentage of 91 per cent.

Roger Federer and Pete Sampras are known for their success at Wimbledon, but Djokovic’s efforts Down Under have been better than theirs on the London grass. Sampras was 63-7 at SW19 (90%) and Federer is 101-13 at Wimbledon (88.6%).

He Has Never Lost An Australian Open Final
Djokovic reached his first Grand Slam championship match at Melbourne Park in 2008, and he has never lost a final inside Rod Laver Arena. The Serbian is 8-0 in Australian Open finals, with only two of those clashes going to five sets.  Djokovic needed five hours and 53 minutes to outlast Rafael Nadal 5-7, 6-4, 6-2, 6-7(5), 7-5 in the 2012 final, which remains the longest match in tournament history. The 33-year-old has never lost once he has reached the semi-finals of the Australian Open (17-0). 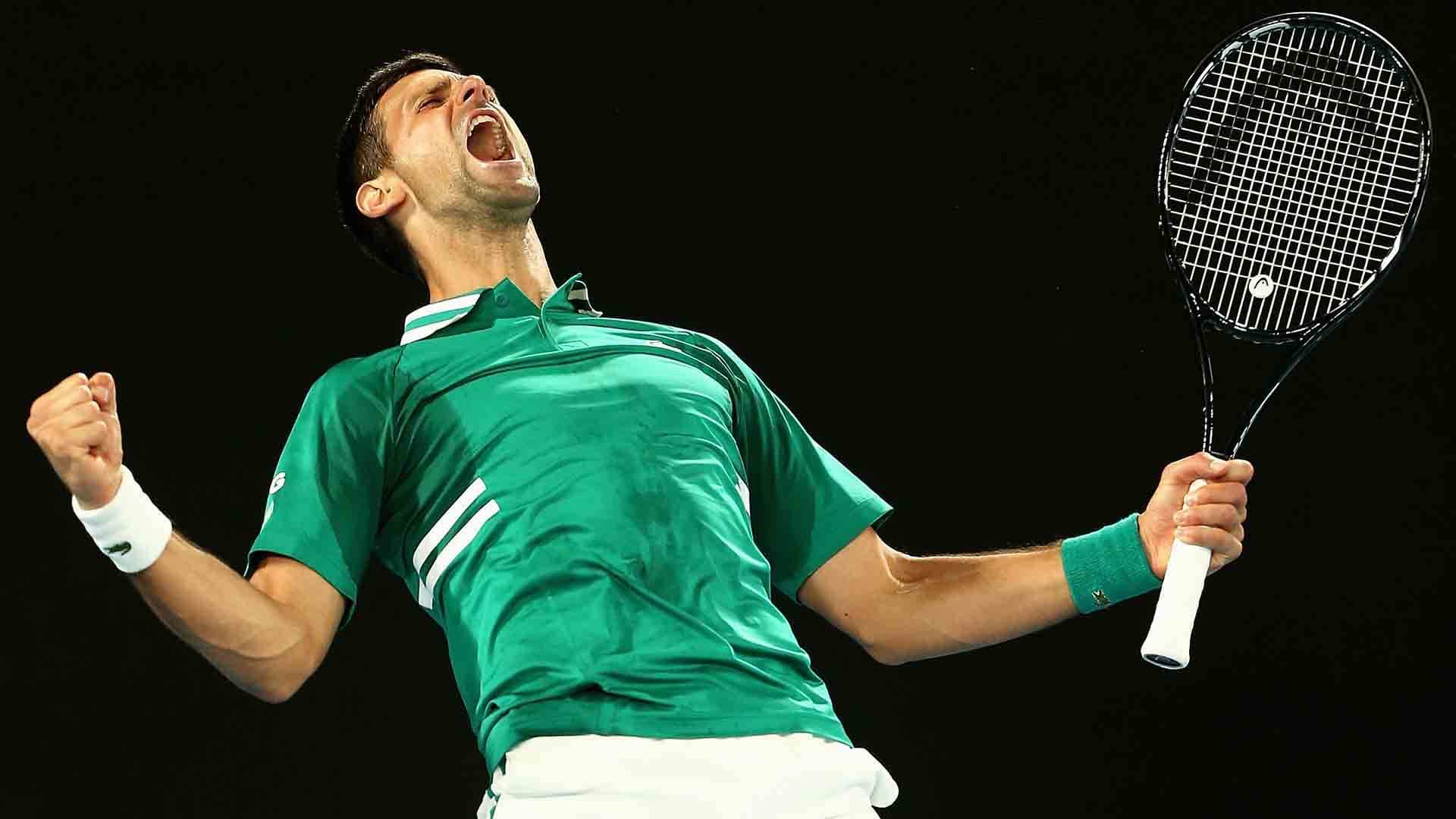 Photo Credit: Tennis Australia
Djokovic Is A Break Machine In Australian Open Finals
The eight-time champion has broken serve 45 times in his eight Australian Open finals, and never fewer than three times in a match. Djokovic has earned an average of more than one service break in each of his 31 sets with the trophy on the line at Melbourne Park.

In the Serbian’s past four Australian Open finals, he has broken serve at least five times per match, with a break-point conversion rate of 50 per cent. Djokovic has taken advantage of more than 41 per cent of his break opportunities in his eight championship matches Down Under.

He Is Serving Up A Storm
Djokovic rarely tops an aces' leaderboard, but he is serving up a storm at this Australian Open. In his second-round match against Frances Tiafoe, the Serbian uncorked a career-high 26 aces to oust the American. In the quarter-finals against Alexander Zverev, Djokovic struck 23. Entering the tournament, 23 aces was his personal-best, and he had only hit at least 20 in a match twice.

Djokovic has 100 aces through six matches to pace the men’s field Down Under.

The Serbian Is A Top 10 Killer In Melbourne
Djokovic has earned 22 of his 81 victories in Melbourne against Top 10 opponents. His winning percentage of 81.5 per cent against that elite group at the event is not far off from his career winning percentage against all players (83.1%). To put the Serbian’s success in perspective, Daniil Medvedev and Stefanos Tsitsipas have a combined 22 Australian Open wins.

Djokovic has dominated the rest of the Big Four in Melbourne, going a combined 10-1 against his legendary rivals. His only loss against them came against Roger Federer in the fourth round in 2007, when the Serbian was just 19 and the Swiss star was World No. 1.