The World No. 1 battled back to survive and advance at the Miami Open presented by Itau, fighting for a 7-5, 4-6, 6-1 victory over Federico Delbonis on Sunday.

Djokovic, who lifted the trophy on six occasions at the former tournament site in Crandon Park, found his form when he needed it most. As day turned to dusk at Hard Rock Stadium, the Serbian navigated to the finish line after suffering a second-set hiccup. He booked his spot in the fourth round opposite Roberto Bautista Agut.

Following a surprise third round defeat to Philipp Kohlschreiber in Indian Wells, the Belgrade native dispelled any thoughts of an early exit in Miami. He recovered from a 4-6 second set against Delbonis, notching the victory after exactly two hours.

"To be honest, I lost my focus," said Djokovic. "I should have done better mentally than I did in the first set and also the end of second set. I managed to really play well the last couple games of the first set, to go up a break and put myself in front, but then I played a couple of really bad service games.

"Credit to Federico, he stepped in. He was the one controlling the pace. I backed up. I didn't have that much depth and power in my shots and he used it. He didn't have anything to lose. I think the first two, three games of the third set were crucial, really fighting, trying to be present, regain the positioning on the court more than anything. I think the last four games were terrific, so I ended up in a positive way."

Delbonis did well to match Djokovic's intensity as the match wore on, opening the court and firing for the lines. He hit his forehand five miles per hour harder in the second set and it momentarily rattled the top seed's defenses. But Djokovic would steady the ship, breaking for 3-1 in the decider and once again two games later. He closed out the victory on his first match point as Delbonis sent a backhand into the net.

Moreover, Djokovic extends his run of dominance against players from Argentina, improving to a staggering 36-4 since 2007. The four defeats came to Juan Martin del Potro at both the London and Rio Olympics, the 2011 Davis Cup and the 2013 BNP Paribas Open.

Next up for Djokovic is 22nd seed Bautista Agut.

"I think I'm hitting the ball well," Djokovic added.  "I just need a little bit more consistency I think to hold that level of play throughout the entire match. I think that's what it's going to take to win against Bautista. He is one of those players that make you work very hard for every single point. He doesn't make mistakes. Just runs around the court.

Bautista Agut has also not conceded a set thus far in Miami, following a second-round win over Janko Tipsarevic with a 6-4, 6-4 triumph over Fabio Fognini on Sunday. 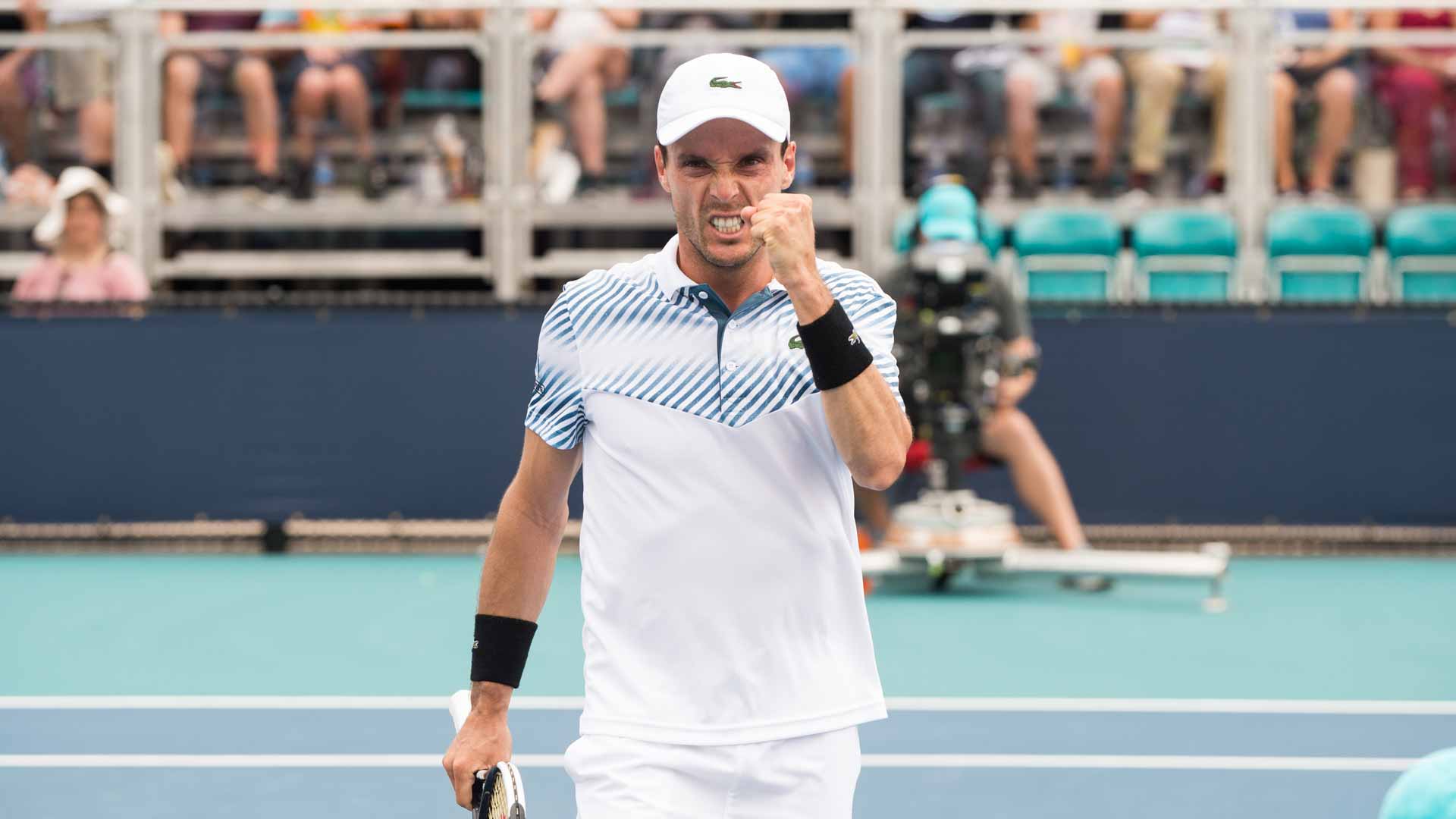 The Spaniard needed one hour and 24 minutes to dismiss the Italian, converting five of six break chances. The 30-year-old is seeking an extended stay at the hard-court event after suffering a first-round defeat two weeks ago in Indian Wells (l. to Nishioka).

Bautista Agut is into the Round of 16 in Miami for the third time in four years. He advanced as far in both 2016 and 2017, before falling to Kei Nishikori and Roger Federer, respectively.

But the Spaniard will take great confidence into his 10th FedEx ATP Head2Head clash against Djokovic. In their most recent meeting in Doha, he pulled the upset to kick off the 2019 season. In fact, he has prevailed in their two most recent hard-court encounters, having also triumphed at the 2016 Shanghai Rolex Masters.