Djokovic Dominates En Route To Third Round At Roland Garros

World No. 1 Novak Djokovic has faced few problems at Roland Garros, cruising into the third round at the clay-court Grand Slam on Thursday for the 15th consecutive year.

This is Djokovic's 70th Roland Garros win, moving him into a tie for second-most all-time alongside Roger Federer. Only Rafael Nadal (95) has more.

"Grand Slams are obviously the biggest tournaments in our sport. Historically, they count the most. So of course winning that many matches [at] each Slam is a great achievement," Djokovic said. "Of course it makes me proud, makes me happy."

Most Wins At Roland Garros (all-time)

In 46 of his past 47 Grand Slam appearances, Djokovic has made at least the third round. The only exception came at the 2017 Australian Open, when he lost against Denis Istomin in five sets.

Djokovic set the tone by breaking Berankis' serve in his first return game of the match and he never looked back. The World No. 66 was unable to put the top seed into discomfort and between the second and third sets, he received treatment on his back.

The 17-time Grand Slam champion was dominant in short rallies, winning more than 67 per cent of rallies that lasted between zero and four shots. Djokovic only lost two first-serve points (36/38) in the match and went unbroken against the former junior World No. 1. The 2016 Roland Garros winner has dropped just 10 games in his first two matches combined.

"I don't know much about him, to be honest. I have never seen him play, so I'll have to obviously look at his matches, the videos, and try to prepare myself with my team," Djokovic said. "It's always dangerous facing opponents you never faced before."

Since losing against Henri Laaksonen in the final round of qualifying, Galan has found his best form. The 24-year-old had never previously won a main draw match at a Slam. Last year, he reached the semi-finals at Houston's clay-court ATP 250. 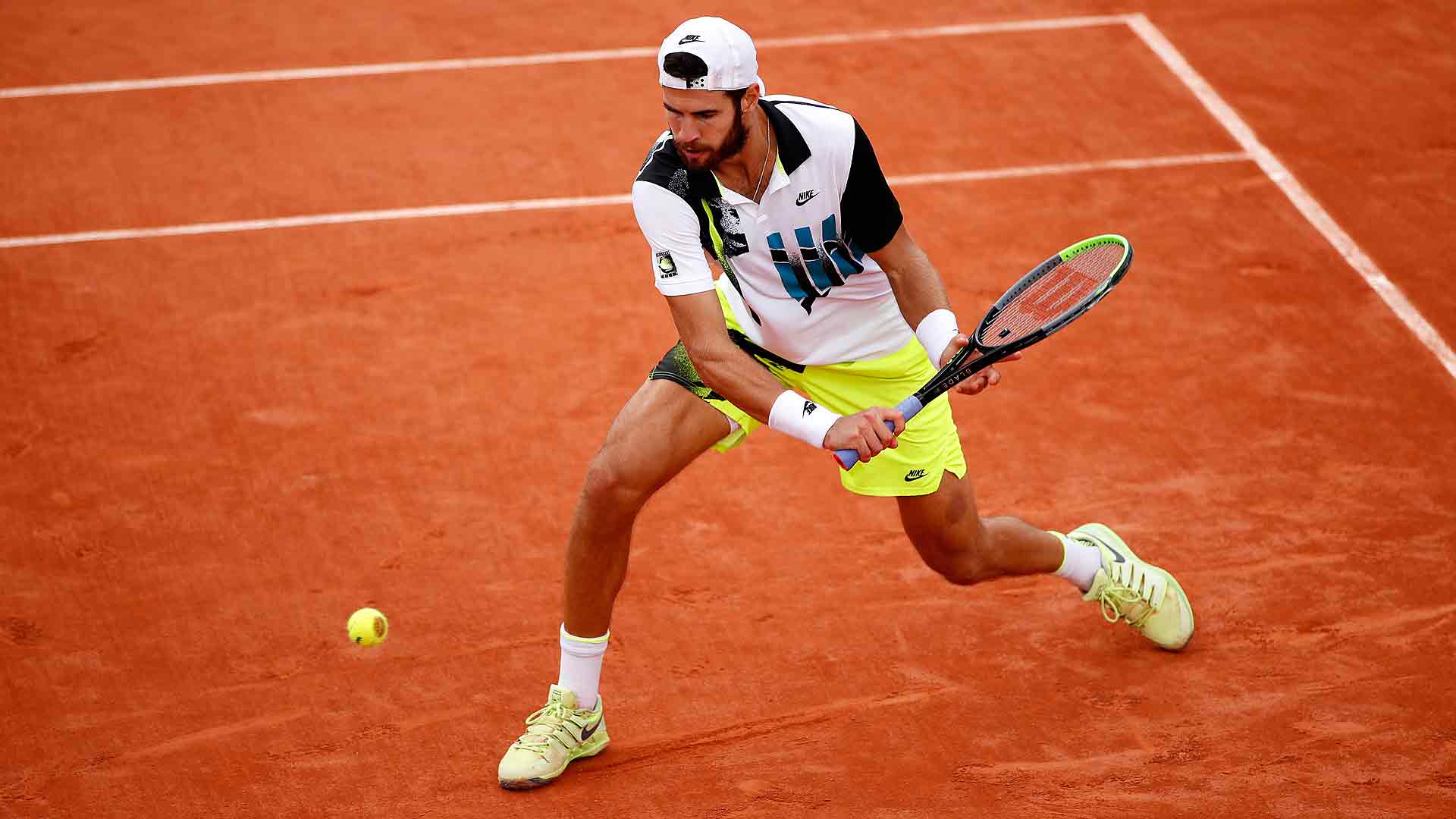