Novak Has Roger In His Sights

Novak Djokovic just gets better and better this second half of 2018. The 31-year-old Serbian, who won his 32nd ATP World Tour Masters 1000 title on Sunday at the Rolex Shanghai Masters, brought his “Big Title” haul to 51 with the straight-sets victory against Croatian Borna Coric.

But the Serbian is gaining ground, and quickly. Djokovic has won 18 consecutive matches and 27 of his past 28, dating back to Wimbledon. In Shanghai, he didn't drop his serve once, holding all 47 times at the season's penultimate Masters 1000 event. It's the first time Djokovic has never been broken en route to a title.

“This was definitely one of the best service weeks that I had in my career,” Djokovic said. “I have never played on faster courts here in Shanghai, so this year more than ever I needed a lot of success with the first serves in.” 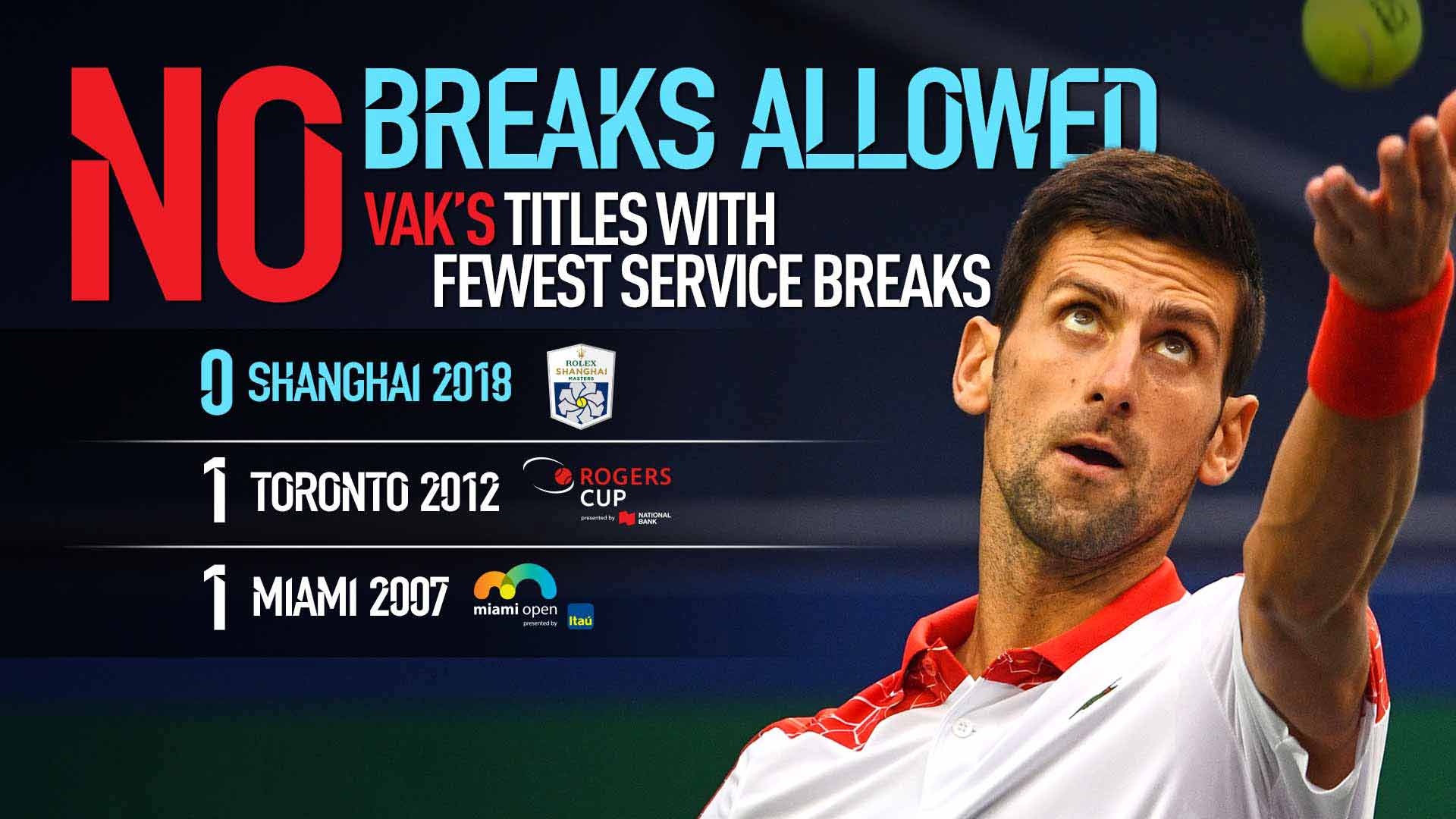 Djokovic won his fourth Shanghai title and 32nd Masters 1000 crown, placing him within one of Nadal's all-time mark of 33. Djokovic, however, has been the most opportune of the all-time greats. He has won 51 Big Titles from 170 opportunities, a conversion rate of 3.3.

Who would have guessed this in March when Djokovic admitted to feeling lost on the court against Japan's Taro Daniel at the BNP Paribas Open in Indian Wells?

“Look, I think you're seeing the new Novak. I don't need to describe him. That's all I can say,” Djokovic said in Shanghai. “I had to reinvent myself and find the proper formula for success. I found it and I'm just trying to hold on to it as long as I can.”

With two more Big Titles up for grabs in 2018, Djokovic might finish the season on top of the Big Titles leaderboard – and atop the ATP Rankings. The Serbian moved into No. 2 in the ATP Rankings on Monday and is currently only 215 points behind No. 1 Nadal.

If Djokovic finishes year-end No. 1 for the fifth time, he would make history: No player has climbed from as low as he was earlier this year — No. 22 on 21 May — to No. 1 in the same season. The closest was Andre Agassi, who jumped from No. 14 in May 1999 to the top spot later that season.