ATP Staff
This article contains:
Spaniard into the US Open quarter-finals for the second time

Pablo Carreno Busta advanced to the quarter-finals of the US Open on Sunday when Novak Djokovic was defaulted for unsportsmanlike conduct.

After Carreno Busta broke to lead 6-5 in the first set, Djokovic hit a ball that made contact with a lineswoman. Following an extended discussion between Djokovic and tournament officials, the match was ended.

Djokovic did not speak to reporters after the match. He later released a statement on social media saying, "This whole situation has left me really sad and empty. I checked on the linesperson and the tournament told me that thank God she is feeling ok. I‘m extremely sorry to have caused her such stress. So unintended. So wrong.

"As for the disqualification, I need to go back within and work on my disappointment and turn this all into a lesson for my growth and evolution as a player and human being. I apologise to the US Open tournament and everyone associated for my behaviour. I’m very grateful to my team and family for being my rock support, and my fans for always being there with me. Thank you and I’m so sorry."

The USTA released a statement saying, "In accordance with the Grand Slam rulebook, following his actions of intentionally hitting a ball dangerously or recklessly within the court or hitting a ball with negligent disregard of the consequences, the US Open tournament referee defaulted Novak Djokovic from the 2020 US Open. Because he was defaulted, Djokovic will lose all ranking points earned at the US Open and will be fined the prize money won at the tournament in addition to any or all fines levied with respect to the offending incident."

The World No. 1 had three consecutive set points on Carreno Busta's serve at 5-4, 0/40. On the first of those chances, the Spaniard laced a forehand down the line that was called out. A challenge revealed the ball clipped the back of the baseline by mere millimetres, keeping the 20th seed in the set. Carreno Busta held that service game to even the opener at 5-5.

When Djokovic served at 0/15 in the next game, he awkwardly fell mid-rally, bracing himself on his left wrist before quickly grabbing his left shoulder. The Serbian immediately took a medical timeout to get treatment for his shoulder before returning to the court. 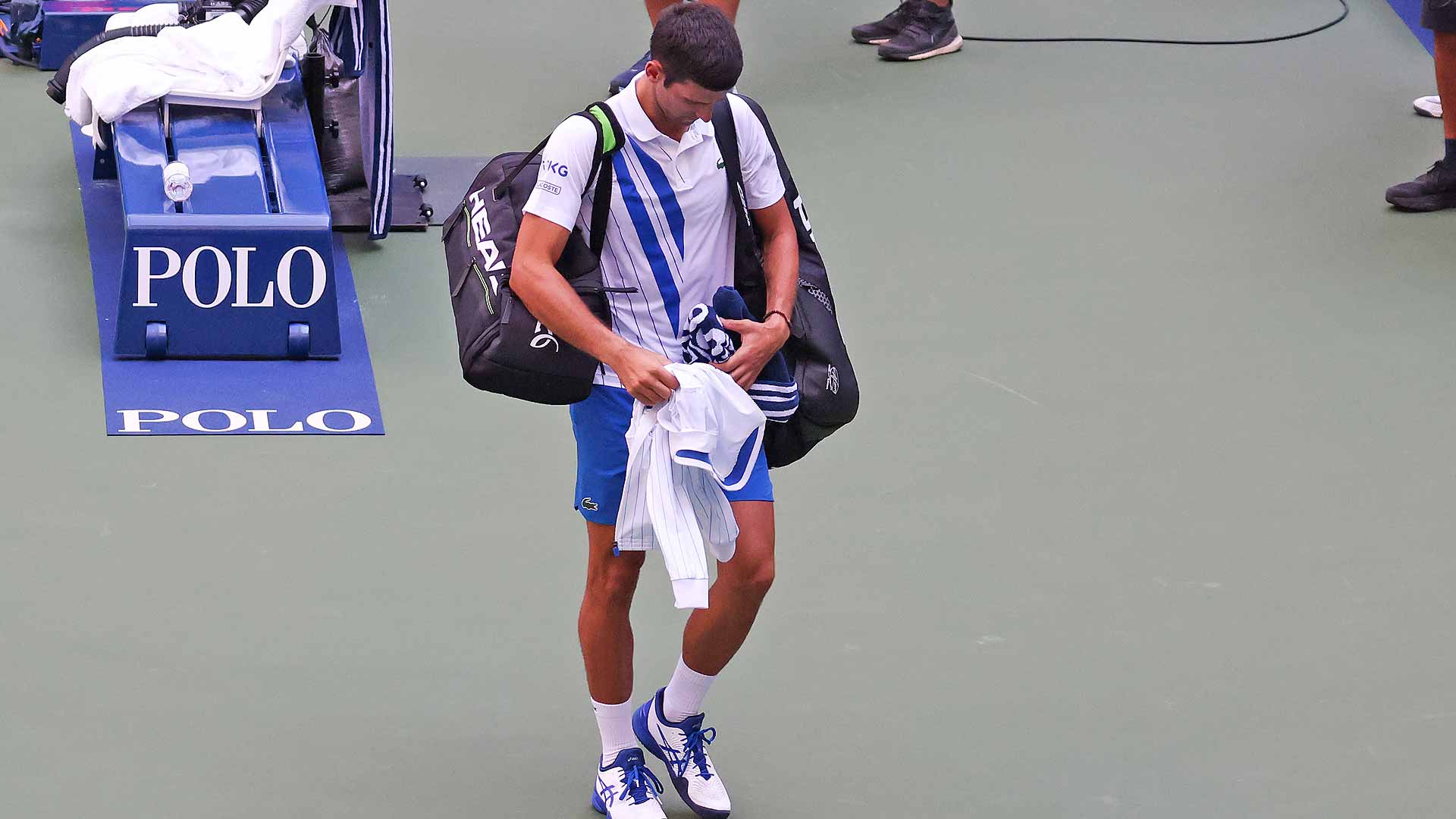 After being broken in the same game to fall behind 5-6, Djokovic hit a ball that inadvertently made contact with a lineswoman at the back of the court.

Djokovic had been 26-0 in 2020 and chasing an 18th major title to move within one of Rafael Nadal and two of Roger Federer on the all-time leaderboard.

Carreno Busta is into the last eight in Flushing Meadows for the second time. In 2017, he reached the semi-finals before losing against Kevin Anderson. He will face seventh seed David Goffin or 12th seed Denis Shapovalov in his third Grand Slam quarter-final.

There will be a first-time Grand Slam champion at this US Open. The only past major finalists remaining in the draw are second seed Dominic Thiem and third seed Daniil Medvedev.