Djokovic Beats Caruso To Reach Fourth Round At Roland Garros

Italian qualifier Salvatore Caruso put together a memorable run by reaching the third round at Roland Garros on his debut at the clay-court Grand Slam. But the 26-year-old faced one big problem: he had to play World No. 1 Novak Djokovic.

The top-seeded Serbian played solid tennis to oust Caruso 6-3, 6-3, 6-2 after two hours and four minutes, advancing to the fourth round at Roland Garros for the 10th consecutive year and the 13th time overall. Djokovic continues his pursuit of a second ‘Nole Slam’, as he tries to win his fourth consecutive Grand Slam title.

"Caruso was very motivated. I thought he stepped into the court having a clear game plan, attacking the ball from both the forehand and backhand. He was hitting his backhand very, very good, very solid. He actually pleasantly surprised me with his game," Djokovic said. "I had to change my tactics quite a bit throughout the match. I think midway through the match I stepped it up a little bit. I feel like I took my game to a different level, which then resulted with an easier third set. It was a straight-sets win, but... it was tougher than the score indicated."

"It's been a while since I have performed here for the first time, but I still want to keep going. Obviously I have been playing really well this year, and reaching a second week of a Slam is a success," Djokovic said. "The matches are going to get more challenging because the opponents you're going to play are better quality and higher-ranked and so forth. So it's going to get only tougher from here. But I look forward to it."

Caruso showed little apprehension on Court Philippe Chatrier, trying his best to play his game against the World No. 1. But the Italian was unable to make too much of a dent in the Serbian's defences, and struggled to convert on the chances he did have. Caruso did not take advantage of any of his five break opportunities, while Djokovic broke on five of his 11 chances.

Another key was the top seed's ability to neutralise the Italian's first serve. Caruso did not hit an ace in the match, and was not able to use his first delivery to earn many free points. The World No. 147 was only able to win 57 per cent of his first-serve points, whereas Djokovic dominated with his first serve, winning 84 per cent of those points, also striking eight aces.

Djokovic's form has been strong throughout the first week, as he has not dropped more than four games in any set en route to the Round of 16. He has only lost serve twice in the tournament, as he continues his chase for a second Roland Garros trophy.

This time last year, Djokovic was in a much different position. The Serbian was No. 22 in the ATP Rankings, and struggling for form during his comeback from a right elbow procedure. He would make the quarter-finals in Paris before falling to Italian Marco Cecchinato.

You May Also Like: Five Things To Know About Struff 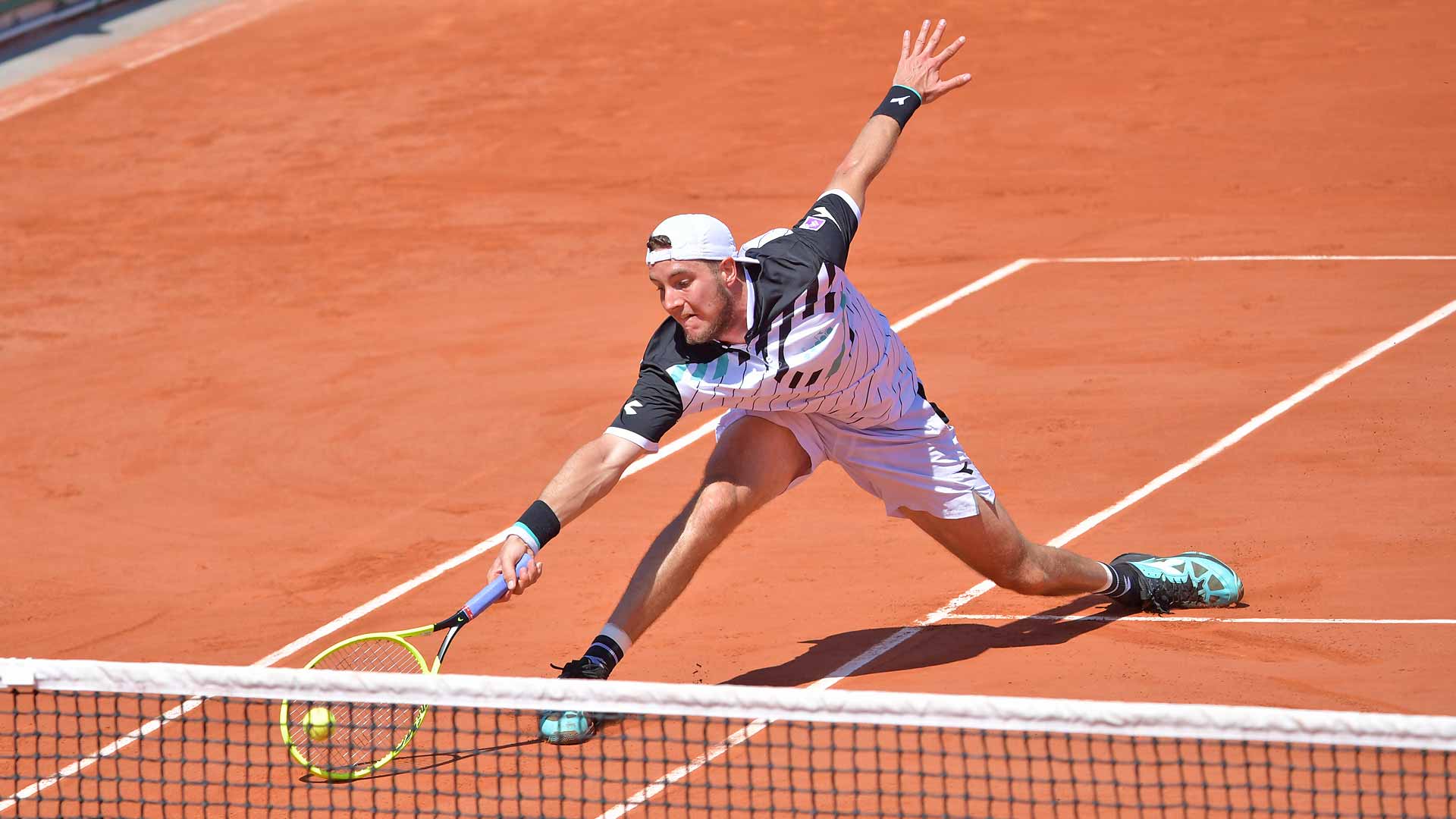 Djokovic's next opponent, Struff, spent more than twice the amount of time on court as him in the third round. Coric served for the match against the German at 7-6 in the deciding set, but Struff, who has now won five consecutive five-setters, broke to love and eventually closed out the battle with his 66th winner.

It is Struff's first berth in the fourth round of a Grand Slam, which is especially impressive considering he had earned just two wins at Roland Garros in six previous appearances. The World No. 45 is just one spot off his career-best ATP Ranking, and he is now 6-5 against Top 20 opposition this season, including three of his five Top 5 victories.

Djokovic and Struff's only previous FedEx ATP Head2Head meeting came on the hard courts of Doha two years ago, with the Serbian prevailing in straight sets.