No. 72 Marco Cecchinato becomes the lowest-ranked Grand Slam semi-finalist since No. 75 Marat Safin and No. 94 Rainer Schuettler made the 2008 Wimbledon semi-finals.

Marco Cecchinato, No 72 in the ATP Rankings, becomes the lowest-ranked Roland Garros semi-finalist since No. 100 Andrei Medvedev in 1999. The Palermo native is also the first Italian man to make a Grand Slam semi-final since Corrado Barazzutti at the 1978 Roland Garros.

“I'm very, very happy,” Cecchinato said. “When I won the first match in Grand Slam, I feel good. And match by match, I feel now I can won also the next round... it's a special moment for me.”

But he's put it all together this fortnight, and he executed his game plan well – mixing in aggression with touch – to stun the former No. 1 player in the ATP Rankings on Court Suzanne-Lenglen. 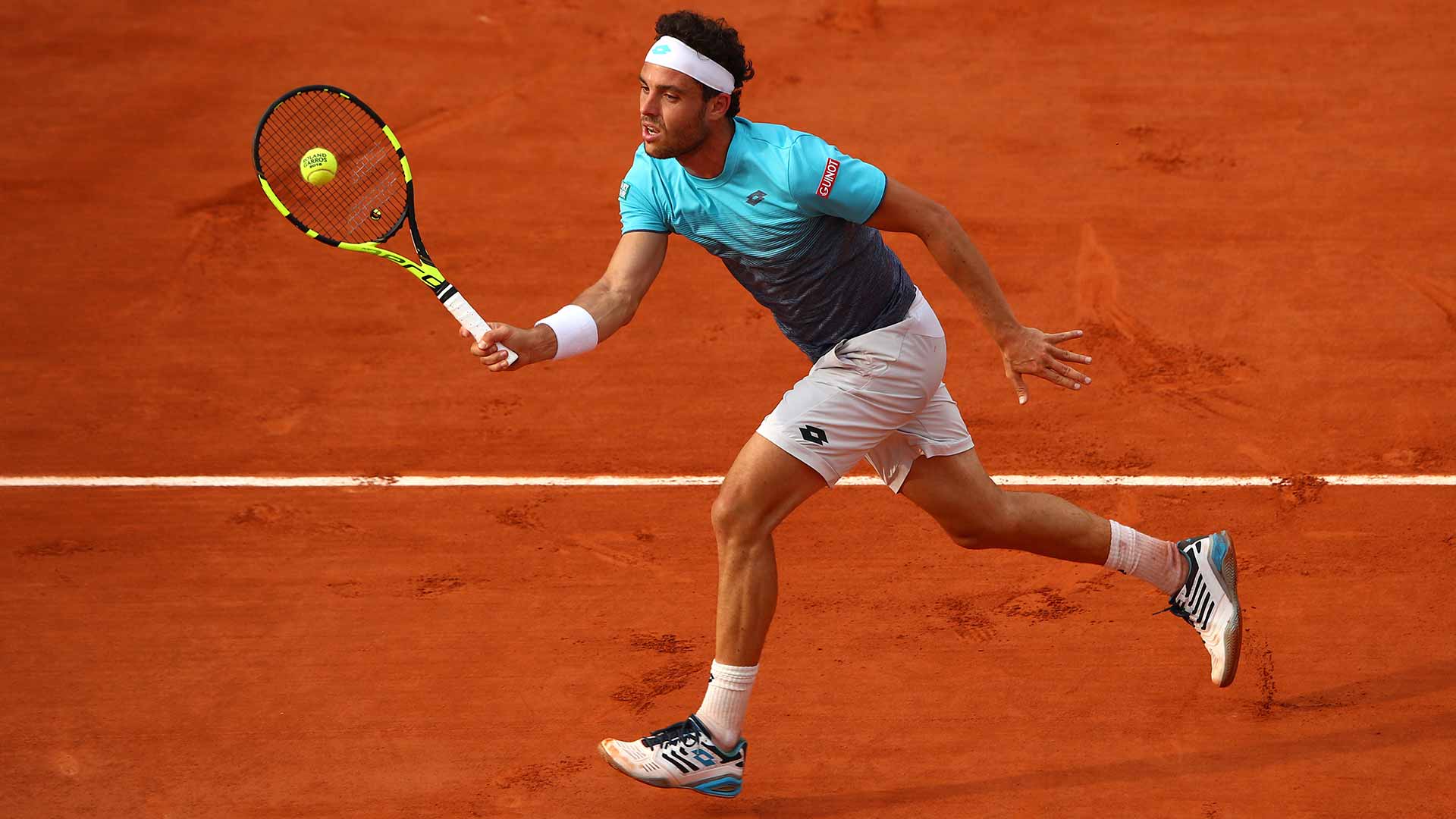 Cecchinato jumped out to a one-set lead by hugging the baseline and taking the ball early. He also played a thinking man's game, drop shotting Djokovic with success.

After the first set, Djokovic received treatment on the back of his right shoulder and his neck, and the Italian broke to start. But the Serbian began to step into the court and dictate with his forehand more often.

Djokovic had three set points with Cecchinato serving at 5-6, but the World No. 72 saved them all and converted his first such opportunity with a forehand winner behind Djokovic in the tie-break.

Something changed, however, in Cecchinato in the third set as he was broken four times. He chatted more often with the umpire about line calls and looked flustered.

The fourth was more of the same, as Djokovic remained focused and Cecchinato's shotmaking – backhands on the line followed by drop-shot winners – was lacking. Until it wasn't.

Cecchinato, perhaps sensing his time was running short, held for 1-3 and broke Djokovic at 3-5 to get back on serve. In the tie-break, the Italian saw his first match point erased at 6/5 when Djokovic retrieved a drop shot and reacted well with a backhand volley.

“Just a pity that I couldn't capitalise on the chances in 4-1 in the fourth set and some break points,” Djokovic said. “But he came back and credit to him.”

The Serbian then had set points at 7/6, 8/7 and 9/8, but Cecchinato's defence kept Djokovic from forcing a fifth set. And at last, on his fourth match point, Cecchinato hit a backhand winner past a charging Djokovic to prolong the best – and most surprising – tournament of his career.