Rod Laver and Novak Djokovic are two of the three players in history to hold all four Grand Slams at once.

Laver On Djokovic's Chase For 'Nole Slam': 'I'm Not Sure How He Does It'

That's good, because on the eve of Roland Garros, the World No. 1 is preparing to write another chapter in the history books. The Serbian could become just the second player in the sport’s history to hold all four Grand Slam championships at the same time on two occasions, joining Australian Rod Laver, who won all four majors in 1962 and 1969. The only other player to claim four consecutive Slams was American Don Budge, who triumphed at all four majors in 1938.

“Novak is certainly unbelievably talented to be able to maintain these extended periods of dominance. I’m not quite sure how he does it in today’s game,” Laver told ATPTour.com. “He is such a great competitor and he plays his best tennis at the important times.”

Djokovic earned his first ‘Nole Slam’ in 2016 at Roland Garros — where he’d never previously triumphed — defeating Andy Murray in that final. “It's one of the ultimate challenges that you have as a tennis player,” the Serbian said at the time of capturing four majors in a row.

You May Also Like: Nadal, Federer In Same Roland Garros Half; Djokovic With Zverev, Thiem, Del Potro

Like he did in 2016, Djokovic arrives in Paris this year as the top seed. Although the 32-year-old struggled to find his best form this March and April, making just one quarter-final in three tournaments after his Melbourne victory, Djokovic gained momentum with a Madrid title and a run to the Rome final, where he pushed 11-time Roland Garros champion Rafael Nadal to three sets, despite spending significantly more time on the court than the Spaniard to get there.

“I've played historically very, very well and successfully in Paris. I won the title once, but I played the final several times, many semi-finals,” Djokovic said. “I know what it takes to go far in a Grand Slam.”

If there’s anyone who knows what it takes to accomplish what Djokovic is aiming for, it’s Laver. While the Australian competed in another era with different conditions and technology, he knows the potential for history when he sees it.

“He has held all four titles at one time in the past,” Laver said of Djokovic. “It’s unbelievable. He is a great talent and he is playing well again. He is serving well, his groundstrokes are holding up, he enjoys coming to the net and does a lot of drop shots, which is a great tactic on clay.”

But Djokovic knows that triumphing in Paris will be an incredible challenge. Nadal has rounded into form with his ninth Internazionali BNL d’Italia title, Austrian Dominic Thiem has shown that he can compete on clay with anyone on any day, and 2009 champion Roger Federer is playing Roland Garros for the first time since 2015.

Another interesting aspect of this tournament is that Djokovic has played three events in the past five weeks, whereas he competed in only one tournament heading into the Australian Open, and the 74-time tour-level titlist typically plays two tournaments in the nearly two-month lead-up into the US Open.

“It's slightly different preparation I think for Roland Garros than maybe other Slams because you don't have maybe as much time,” Djokovic said. “Comparing to other Grand Slams, the weeks prior to Australian Open, for example, you have at least seven days of training in Australia. Same for the US Open. But here it's a bit different because the amount of tennis that you play [beforehand].

“I'm not looking to have so much practice in Roland Garros. I think I'm playing well. I'm in a good form. Physically I feel good. I'm motivated. So it's not going to change too much.” 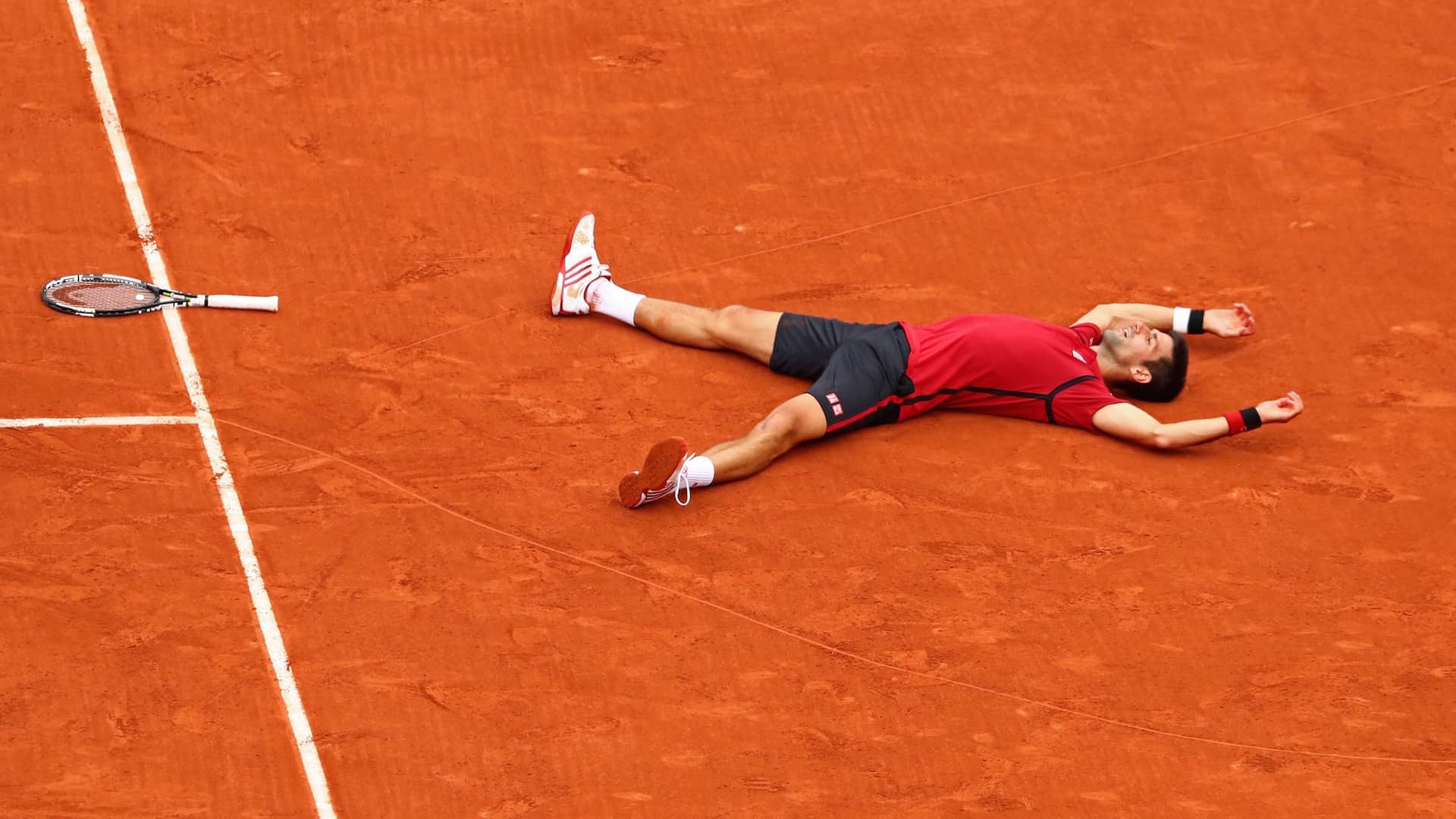 Djokovic may only have one title at the clay-court major, but he has advanced to at least the semi-finals seven times. The World No. 1 has been defeated before the quarter-finals just once since 2005, and he is one of just two players (also Robin Soderling) who have defeated Nadal (86-2) at Roland Garros.

It's easy to forget that this time last year, Djokovic was searching for any sign of good form. The Serbian underwent a right elbow procedure after the 2018 Australian Open that sent him plummeting to No. 22 in the ATP Rankings last June. Three consecutive Slams later, those struggles are a distant memory.

Roland Garros was once Djokovic's white whale, so perhaps it's here that he could write another chapter in tennis' history books.

“He certainly has a great chance to win a Grand Slam,” Laver said. “Not just to hold all four, but to start and end in one calendar year. It’s on his racquet now.”