What proved key in the four-time champion's victory? Hawkeye's stats and graphics give key insight into Djokovic's second-serve direction and backhand patterns.

"You don’t think of Novak Djokovic as a big server, but it’s been a very effective weapon today," said Tennis Channel analyst and former World No. 5 Jimmy Arias during his broadcast of the match.

You May Also Like: Djokovic Reaches 50th ATP Masters 1000 Final

This proved crucial at 3/5 in the pivotal first-set tie-break. Djokovic had just double faulted to give Dimitrov the edge, and he missed his first serve in the deuce court. But the Serbian went out wide with his second serve to pull Dimitrov off the court, using the space he opened up to take a strong aggressive posture in the point, which he ultimately won to stay within striking distance and avoid giving the Bulgarian three set points.

The 33-time ATP Masters 1000 champion also struck a majority of his second serves down the 'T' in the ad court, doing so 60 per cent of the time to Dimitrov's 50 per cent. Djokovic did not face a break point in his win. 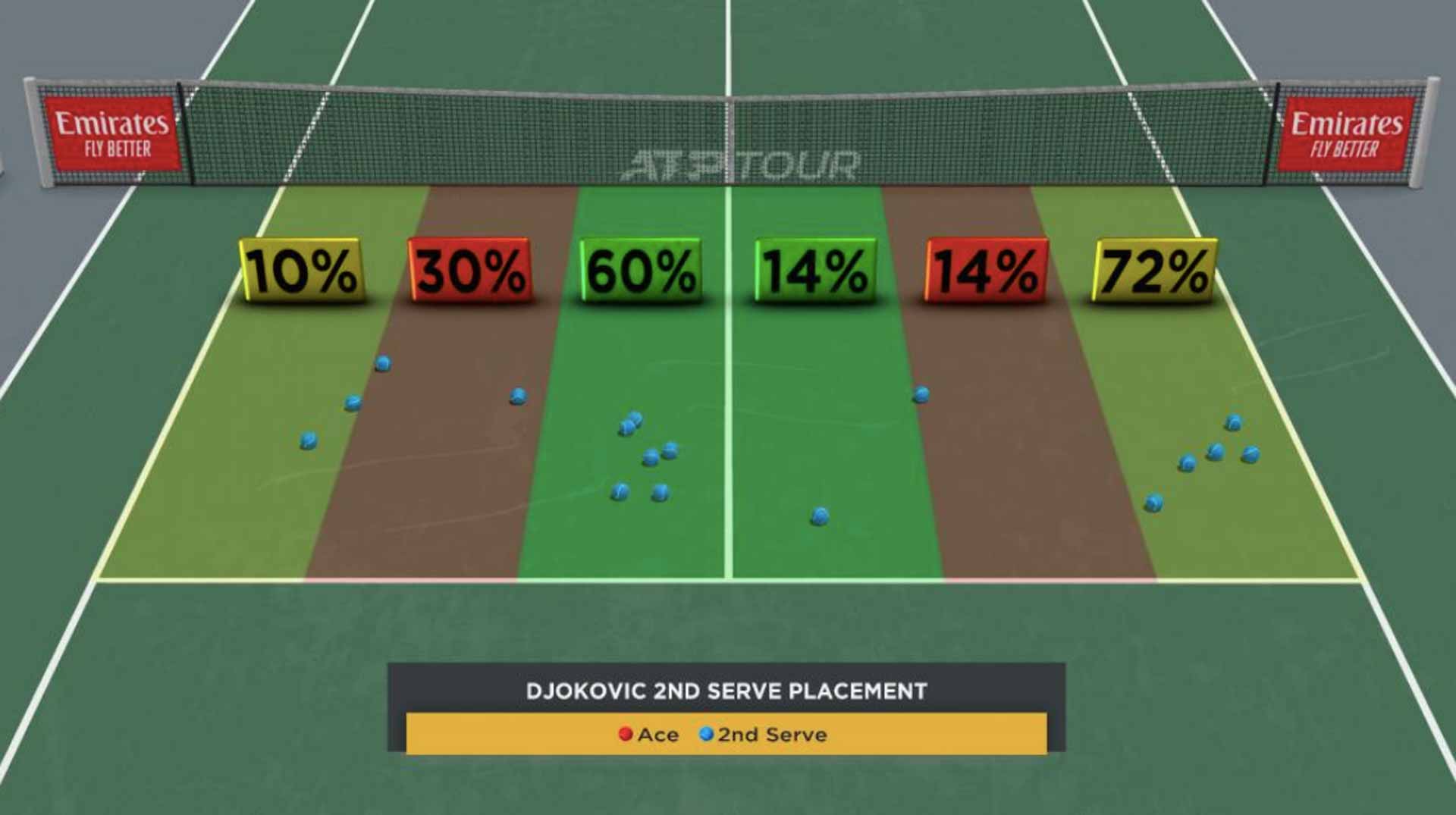 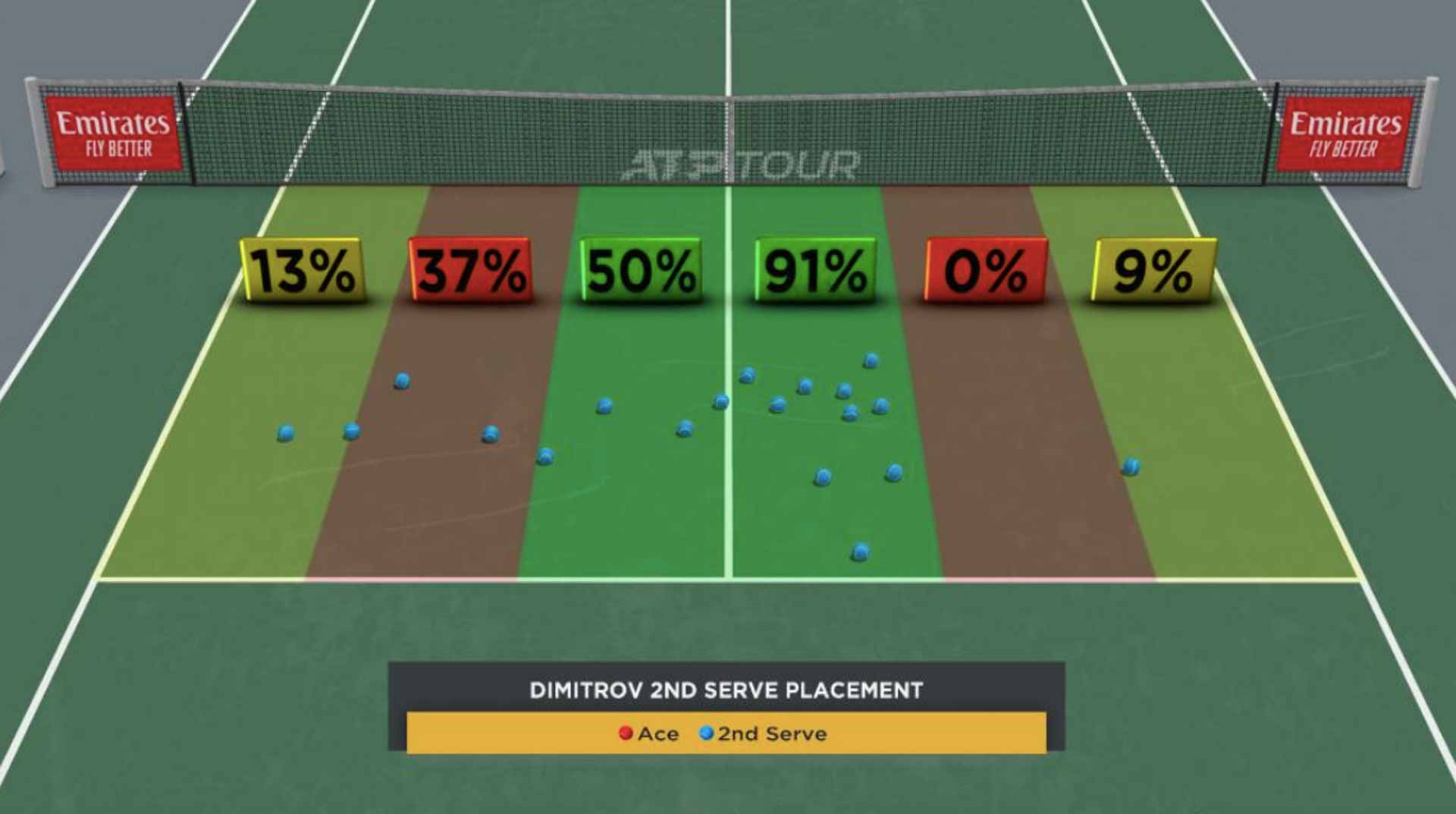 In looking at contact points on the backhand side, Djokovic was often pinned deep behind the baseline. The Serbian hit 33 per cent of his backhands from more than two metres behind the baseline, nearly double Dimitrov's 17 per cent rate from that far back.

Overall, Djokovic hit his backhands at 111 km/h on average compared to Dimitrov, who was at 104 km/h. 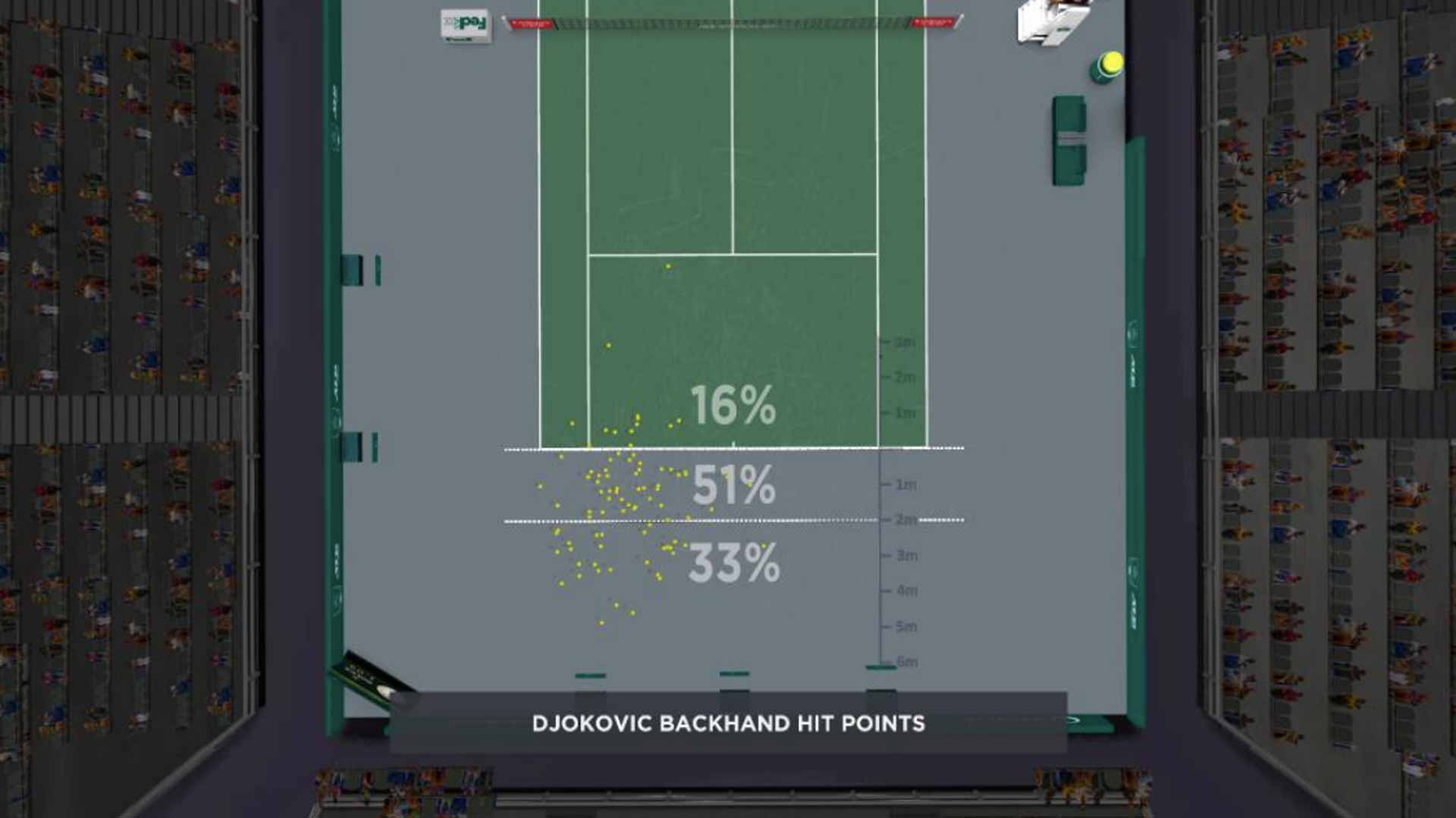 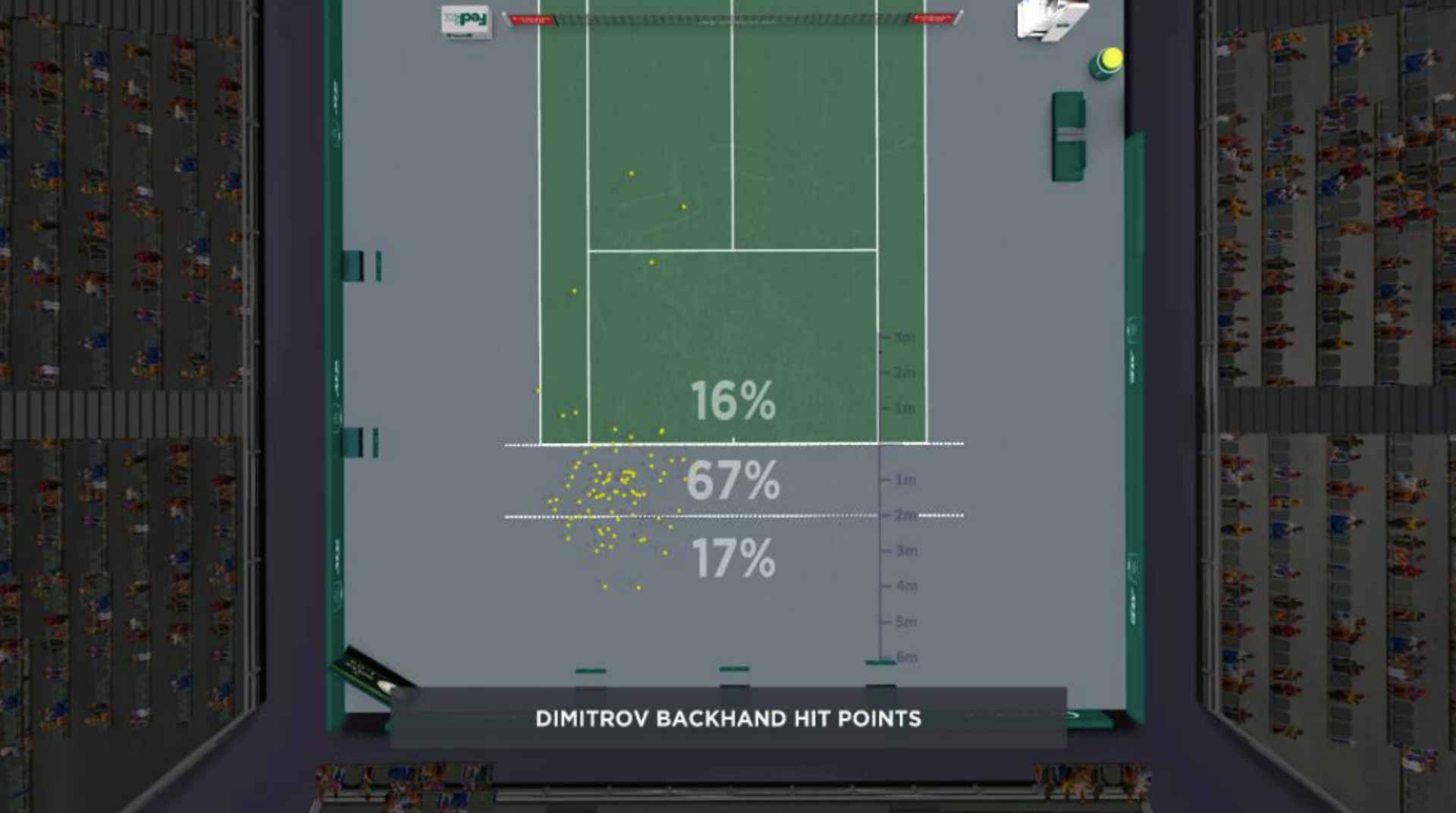 Djokovic notably kept his backhands cross-court 67 per cent of the time, showing a willingness to engage in backhand-to-backhand rallies. Dimitrov on the other hand only struck his backhand cross-court at a rate of 49 per cent. 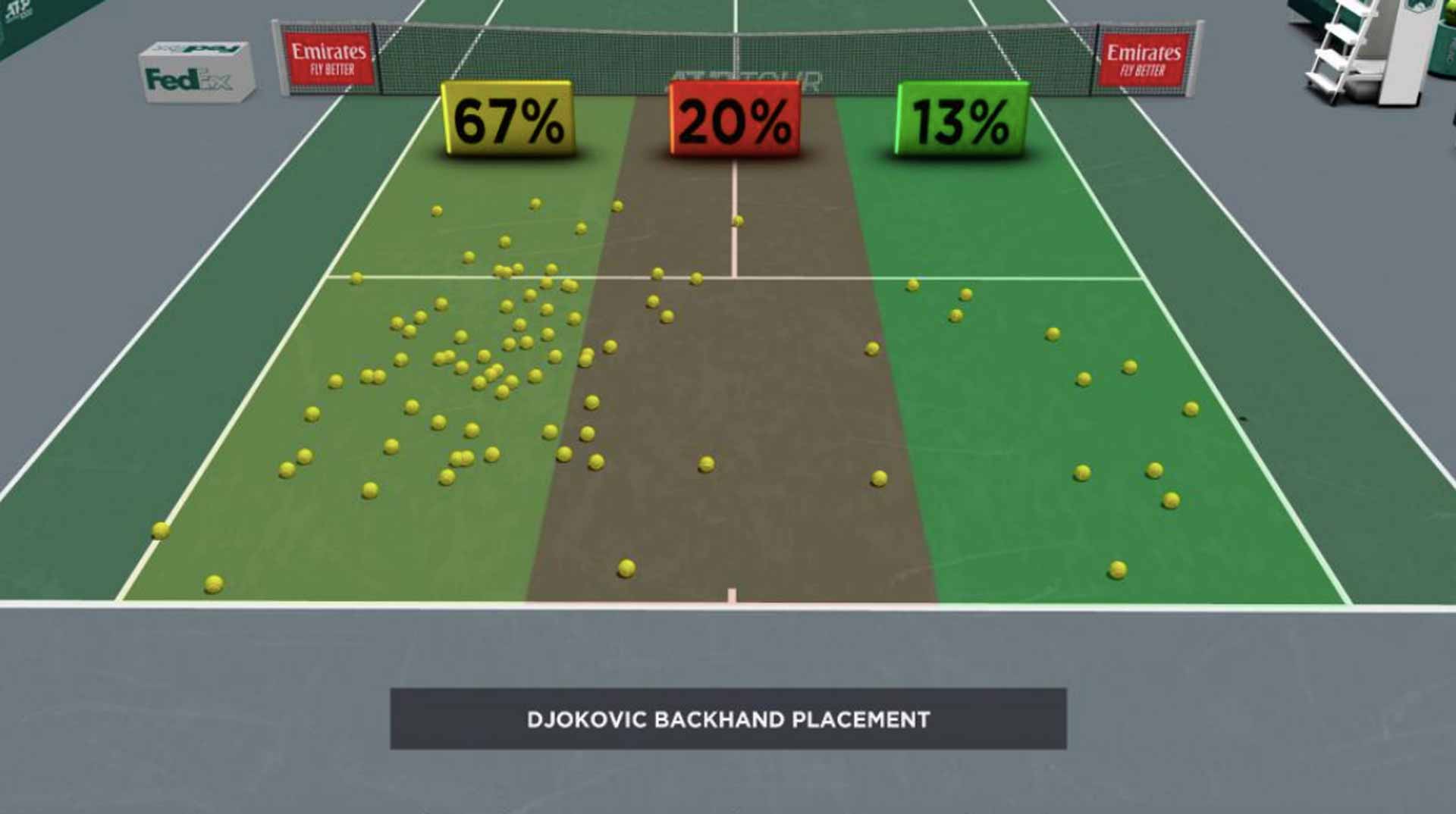 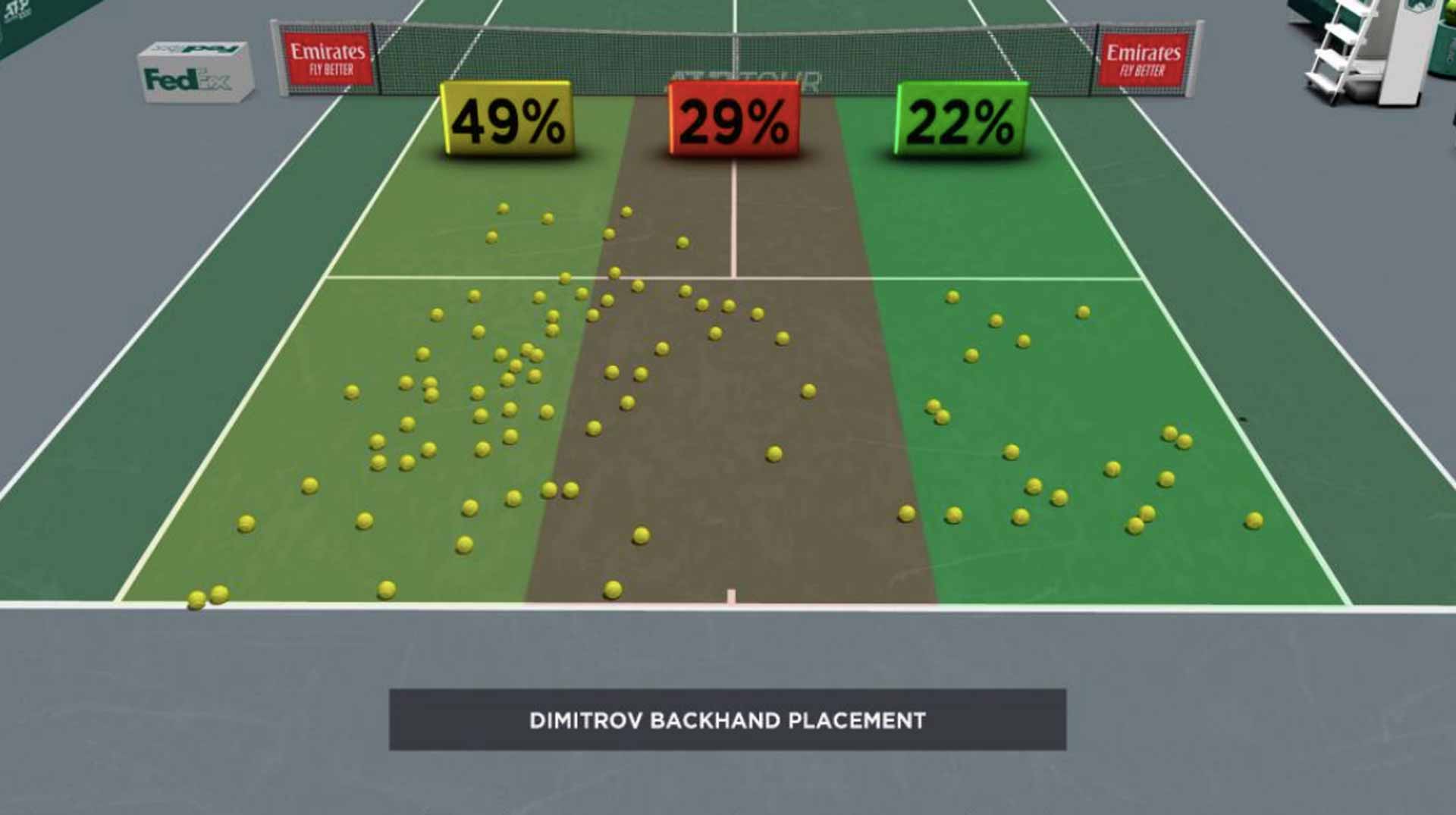 Dimitrov also used a lot more of his slice — coming under the ball 28 per cent of the time — compared to Djokovic, who almost strictly utilised topspin, hitting over hits shots at a 96 per cent clip.

Djokovic and Dimitrov put forth a thrilling battle in Bercy for one hour and 38 minutes. And while on paper they were within four points of one another, they used two significantly different strategies to get there.