Novak Djokovic own a 41-6 record in Dubai.

Djokovic On If Medvedev Takes World No. 1: 'I'll Be The First One To Congratulate Him'

If Novak Djokovic relinquishes the No. 1 ATP Ranking to Daniil Medvedev on 28 February, the Serbian will be happy for his rival.

“It's in his hands. He deserves to be No. 1,” Djokovic said Sunday before his season debut at the Dubai Duty Free Tennis Championships. “Eventually it's going to happen. If it happens this week, I'll be the first one to congratulate him.”

The World No. 1 will begin his 361st week atop men’s tennis’ mountain on Monday. If Medvedev lifts the Acapulco trophy, he will ascend to No. 1 the week of 28 February (Learn all scenarios here).

For his part, Djokovic is solely focussing on what he can control in Dubai, where he owns a 41-6 record.

“The only scenario that I have in my head is to win every match that I play here," Djokovic said.

You May Also Like: How Medvedev Can Claim World No. 1 From Djokovic This Month

The 34-year-old first played the tournament in 2007 and has never failed to reach the quarter-finals. Djokovic is a five-time Dubai titlist, most recently triumphing in 2020, when he earned consecutive Top 10 wins against Gael Monfils and Stefanos Tsitsipas to emerge victorious.

“It’s great to be here. I've had some wonderful results in this tournament. It's been a while since I played for the first time in [the] Dubai Duty Free Tennis Championships,” Djokovic said. “[I have] many wonderful memories on and off the court.”

It is a star-studded ATP 500, with all eight seeds inside the world’s Top 20. Marseille champion Andrey Rublev is the second seed and Rotterdam winner Felix Auger-Aliassime is seeded third.

“It's always a very solid, very hard draw and field. Every match you get to play is really on a Grand Slam, ATP Masters 1000 level. It is a 500 category, but it feels that it's stronger than that definitely with the field of players,” Djokovic said. “I’m excited. I haven't played a match since Davis Cup in Spain last December. Can't wait to start an official match tomorrow night.” 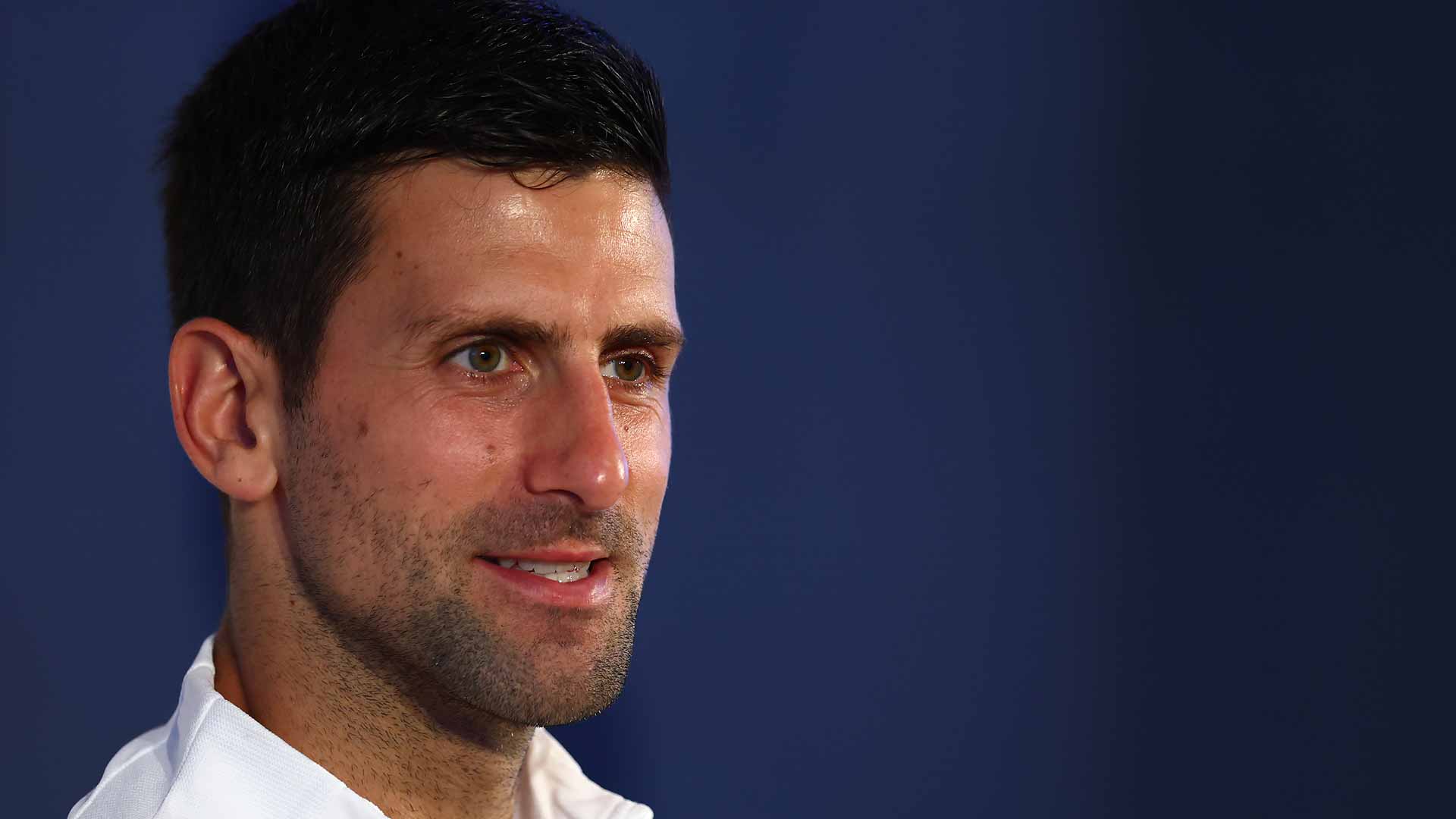 Photo Credit: Francois Nel/Getty Images
On Monday evening, Djokovic will play 2021 Intesa Sanpaolo Next Gen ATP Finals competitor Lorenzo Musetti. It will be the Serbian’s first match of the season.

“Of course, [my] first match is going to be very important to kind of start off the campaign in this year's tournament in a positive way,” Djokovic said. “I have a young, very talented, tricky opponent in Lorenzo Musetti, who has had a big win over [Hubert] Hurkacz a few weeks ago in Rotterdam.”

Djokovic’s only previous ATP Head2Head clash against Musetti came in the fourth round at Roland Garros last year. The Italian took a two-set lead before the eventual champion stormed back to force a decider. At 0-4 in the fifth set, Musetti retired.

“We played a tough five-setter obviously in Roland Garros. Clay, different conditions. He likes the more bouncy conditions,” Djokovic said. “I think that this court is playing very quick, actually the quickest I ever experienced the surface here in Dubai. It was always fast, but a lot of players that I talked to have been saying the same thing — it's very, very fast.

“Obviously if you serve well, it's a big advantage. I'm hoping that I can get the good start of the match, hopefully nice atmosphere on the stadium. I'm definitely motivated and inspired to play my best tennis. We'll take one day at a time and see how far I can [go].”